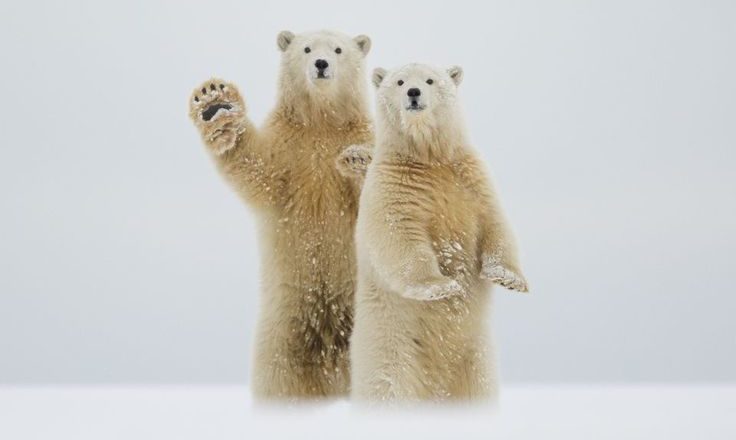 The two adorable cubs give a friendly wave to the camera: ‘As a photographer, it was such a weird moment for me when I observed that wave movement,’ said Keene.

When one of the young bears, who was trying to balance, stuck out his paw, the interested cubs stood on their hind legs to watch the other family troop pass by. 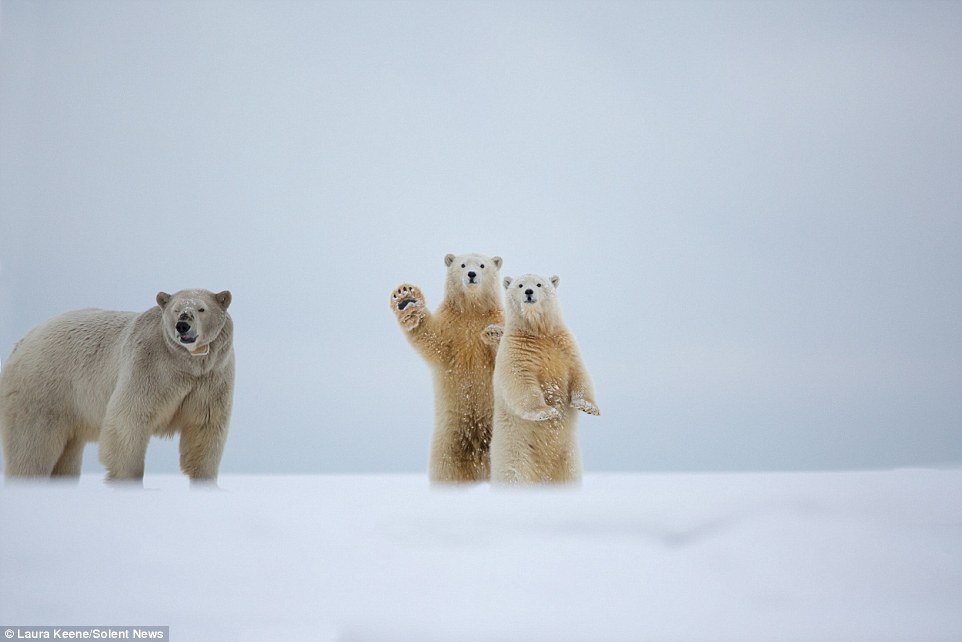 ‘It was such a weird moment for me as a photographer when I witnessed that wave movement,’ Mason Keene said. I pressed the shutter hard wanting to catch the picture in focus as our boat shook and moved away, even though I knew it was just the cub trying to keep his balance as he stood straight. 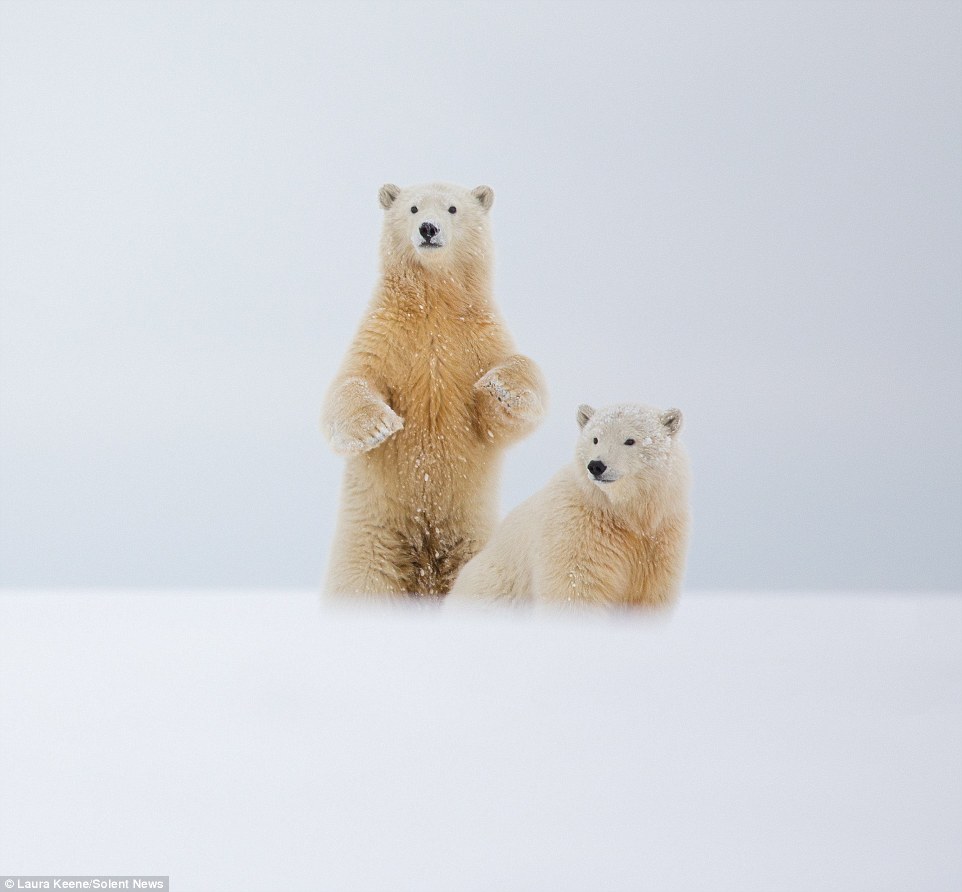 ‘That day, our bear guide Ketil Reitan searched the islands and saw two bear families, each with a mother and two cubs,’ she continued. 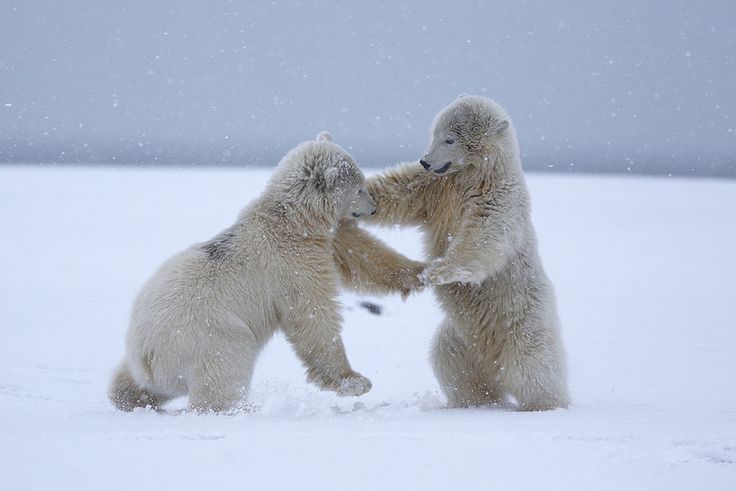 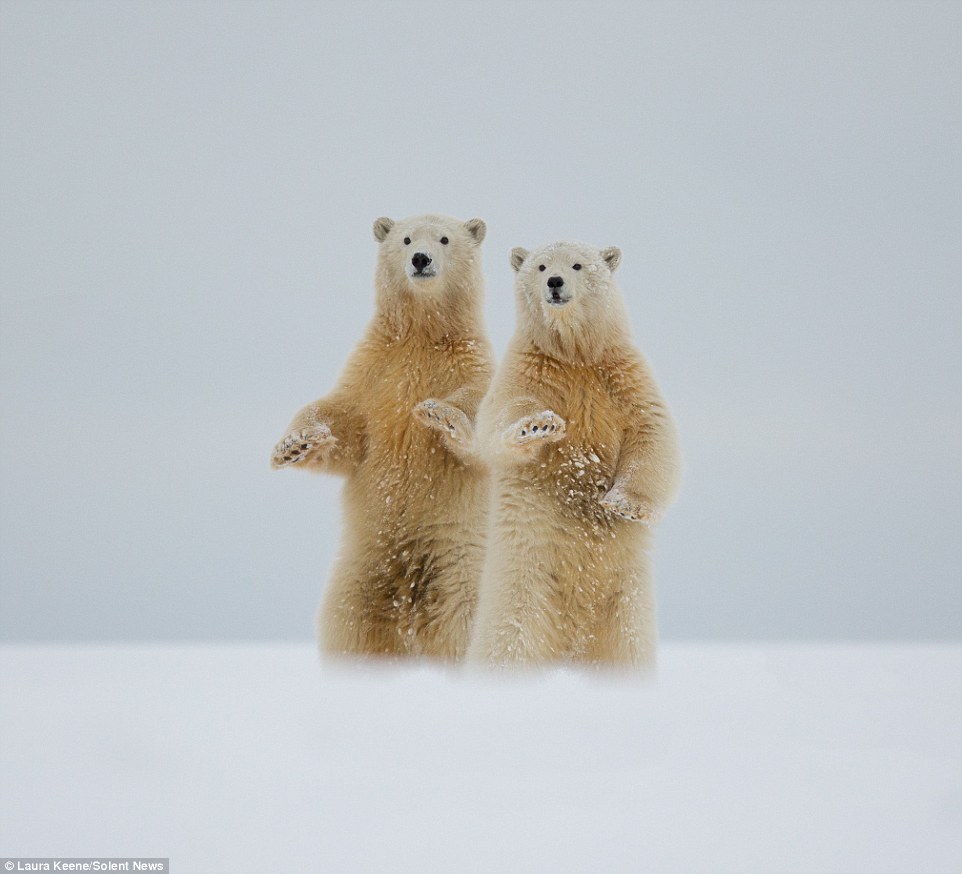 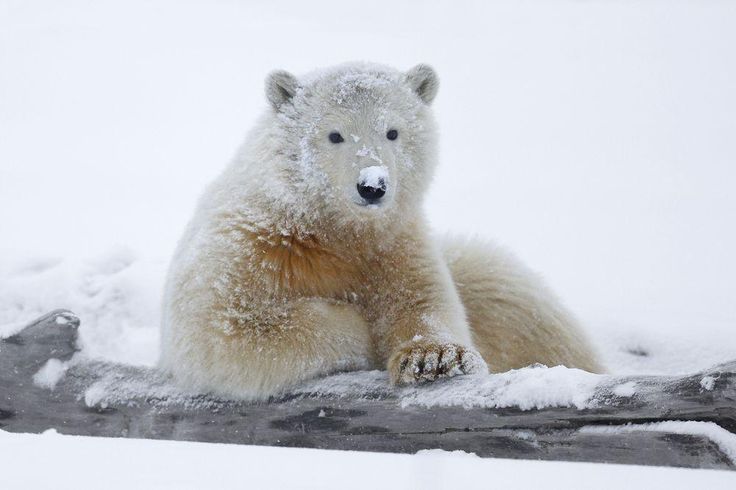