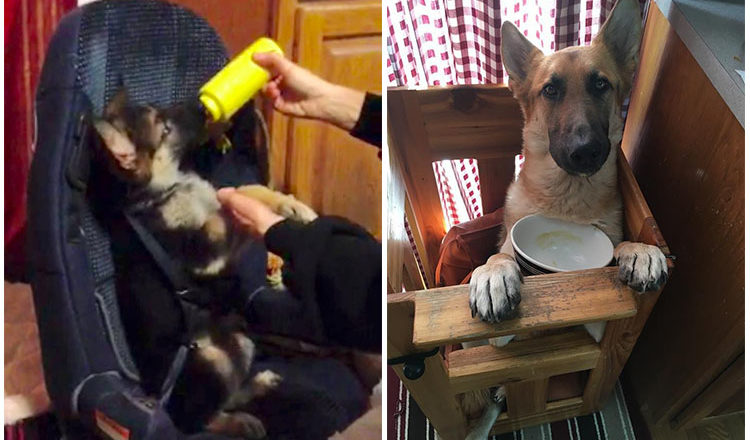 Chuck, a dog from New Jersey, was born with an uncommon disease that prohibits him from properly digesting food, so he must eat standing up or vomit. Chuck was abandoned by a dog farm owner and found his way to Funny Farm Rescue in 2013. 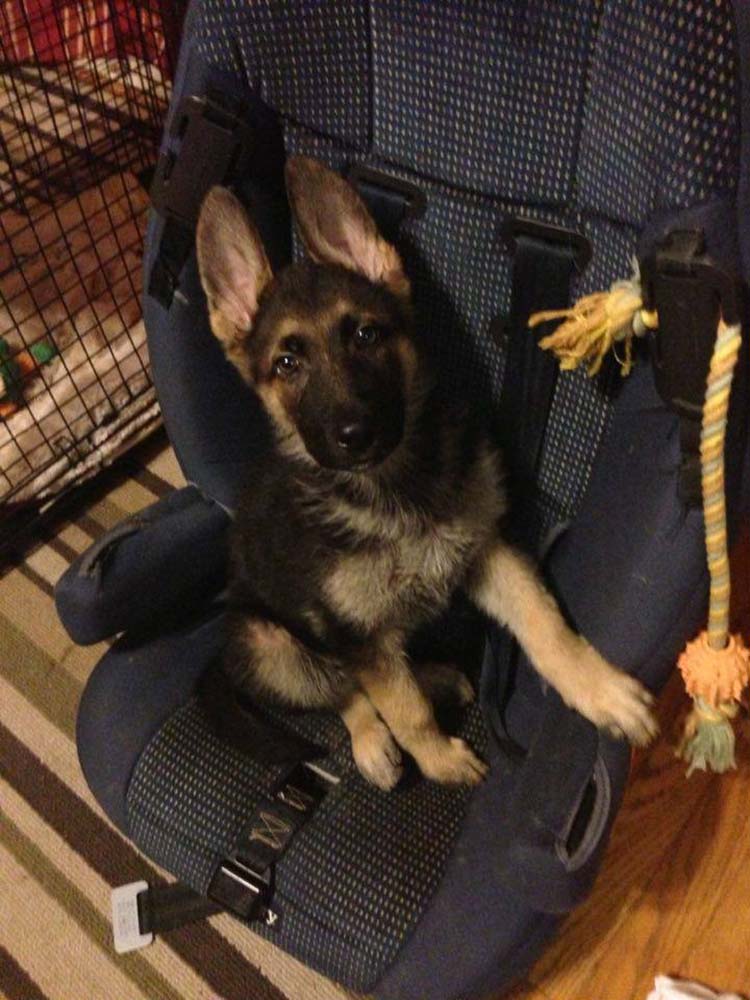 When he came at the farm, Laurie Zaleski, the facility’s founder, greeted him and decided to keep him and care for him. Chuck, it turns out, has megaesophagus, a disorder that affects both cats and dogs, but is most common in German Shepherds.

The animal’s esophagus swells until it loses its ability to constrict, preventing food and liquids from reaching the stomach. 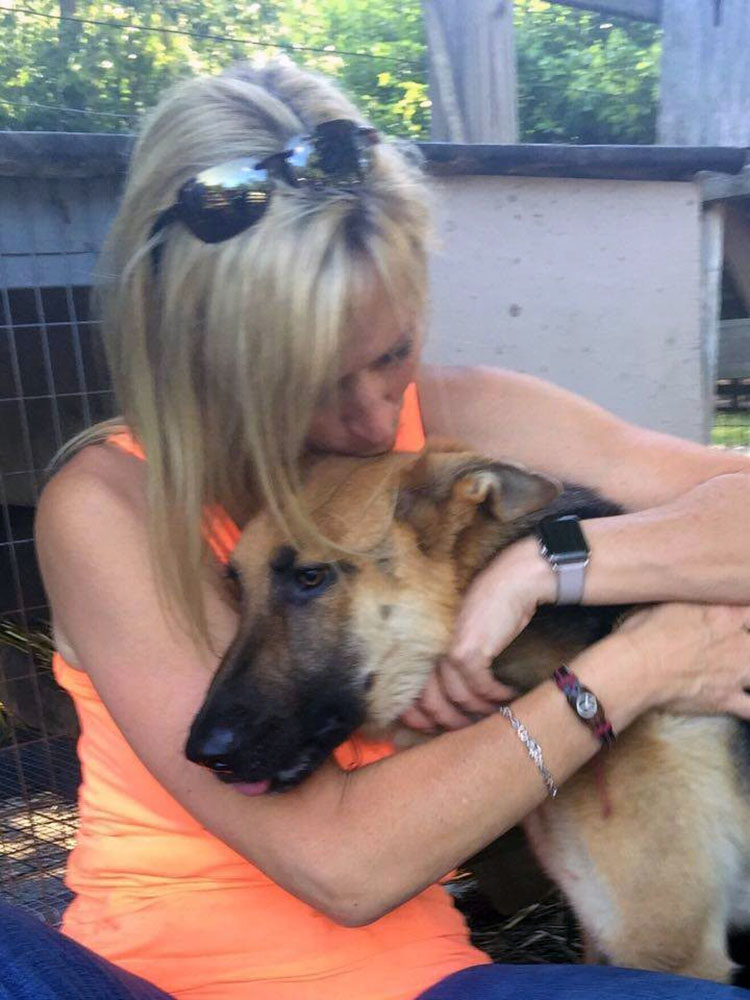 Chuck was taken to the clinic and diagnosed with the unique condition; while the doctors recommended operating and installing a feeding tube, Zaleski preferred a more natural alternative. 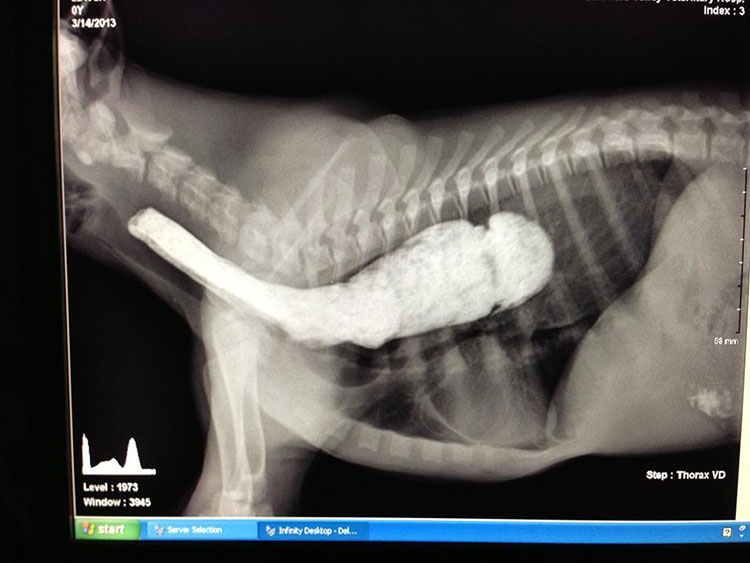 Laurie tried to feed him while standing up, and she was successful. 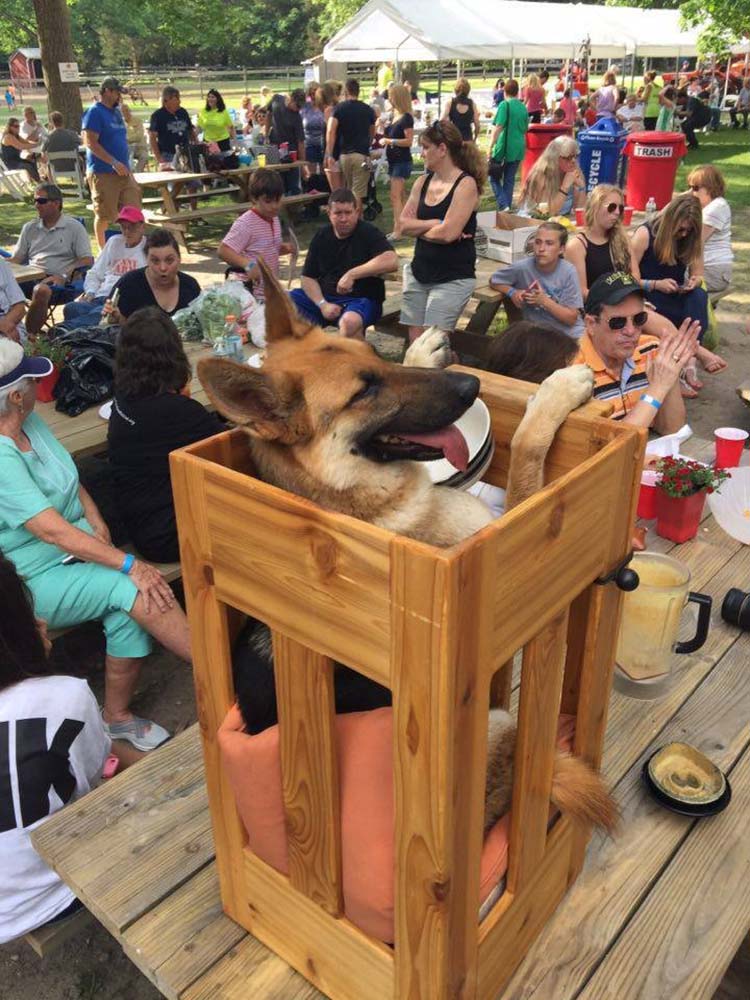 He’s been doing it on a chair designed particularly for dogs with this condition since then. 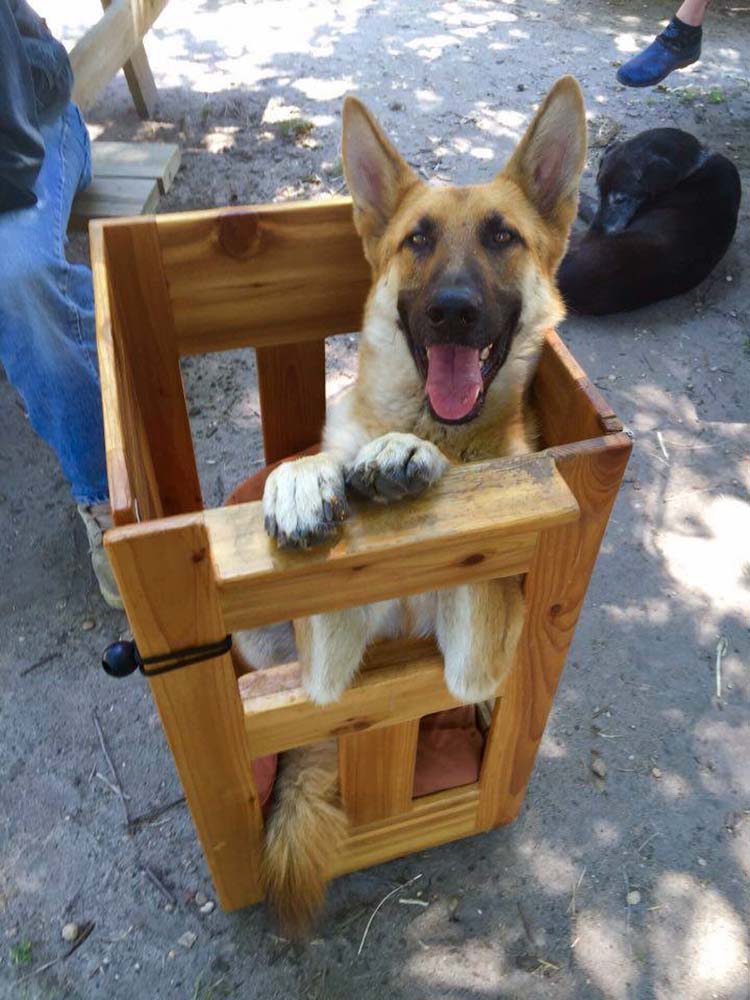 Chuck eats three bowls of a special formula at each meal, and she waits 10 to 15 minutes for his food to settle before moving on to the next bowl. 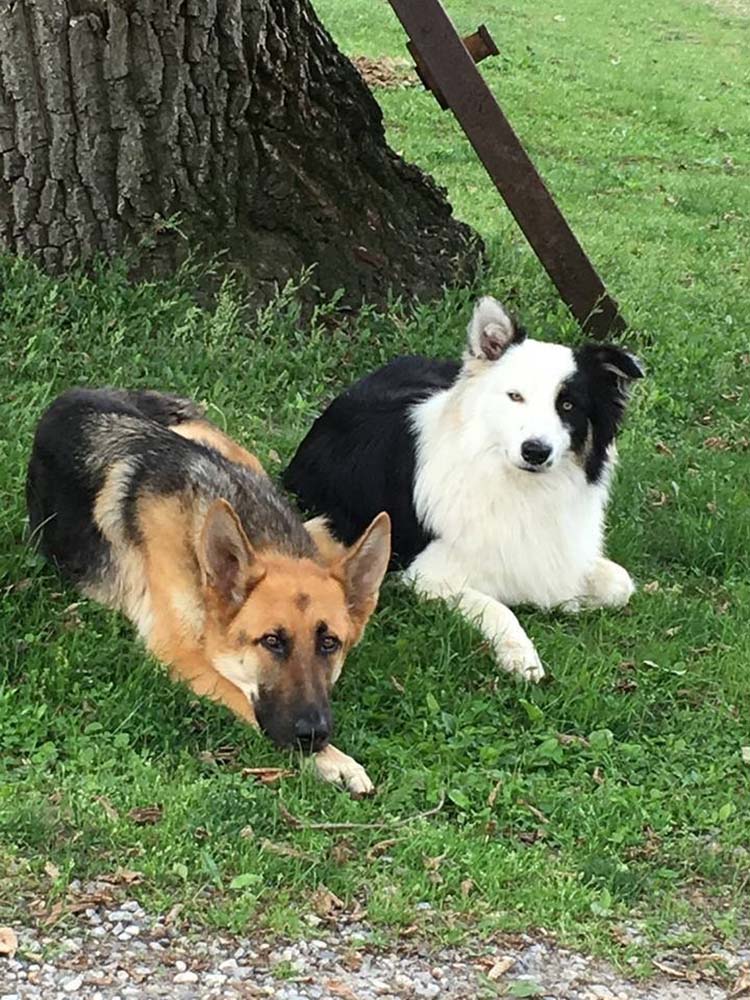 We wish this dog happy and healthy life! And his kind and beautiful owner too!
Share this story with your friends!