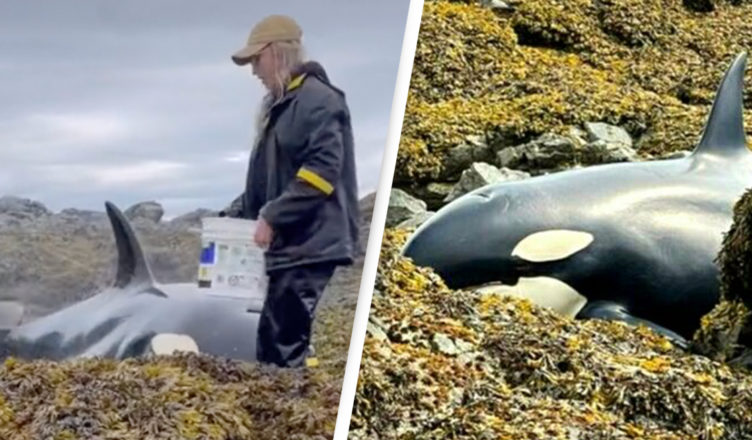 On the North Coast of B. C.  a committed team of whale researchers and volunteers kept an orca stuck on some rocks alive for eight hours.

“She cried a lot, which broke our hearts, but when the tide came in, there were many shouts as this whale was finally free,” the group The Cetacean Lab wrote on Facebook.

A coworker informed the group early Wednesday morning about the beached orca, which was trapped on some rocks at low tide. 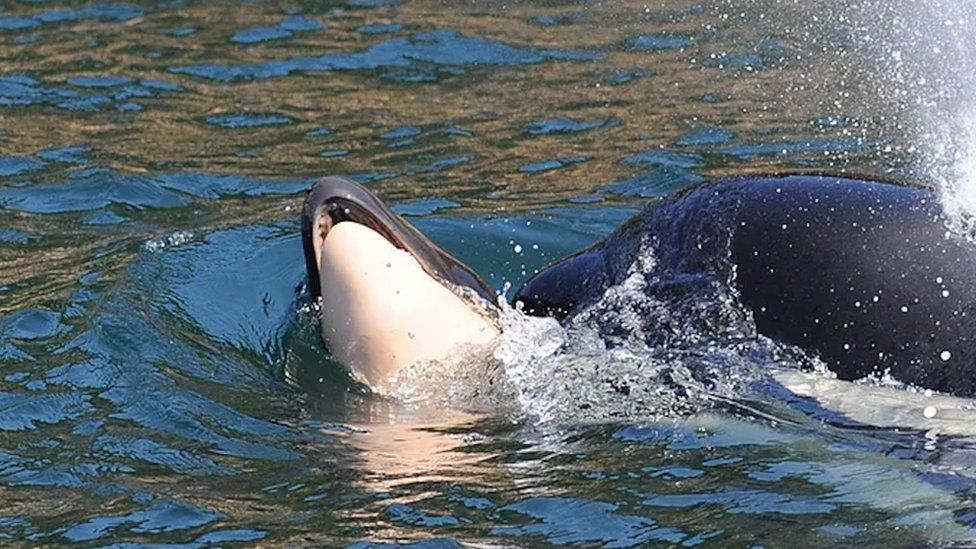 “We thought the best thing to do would be to keep her cold,” said Hermann Meuter, a co-founder of Cetacean Lab. “That meant putting water on her body and using blankets and sheets.” “It was the only option we had.”

As they began to help the orca,  they saw a shift in her behavior. 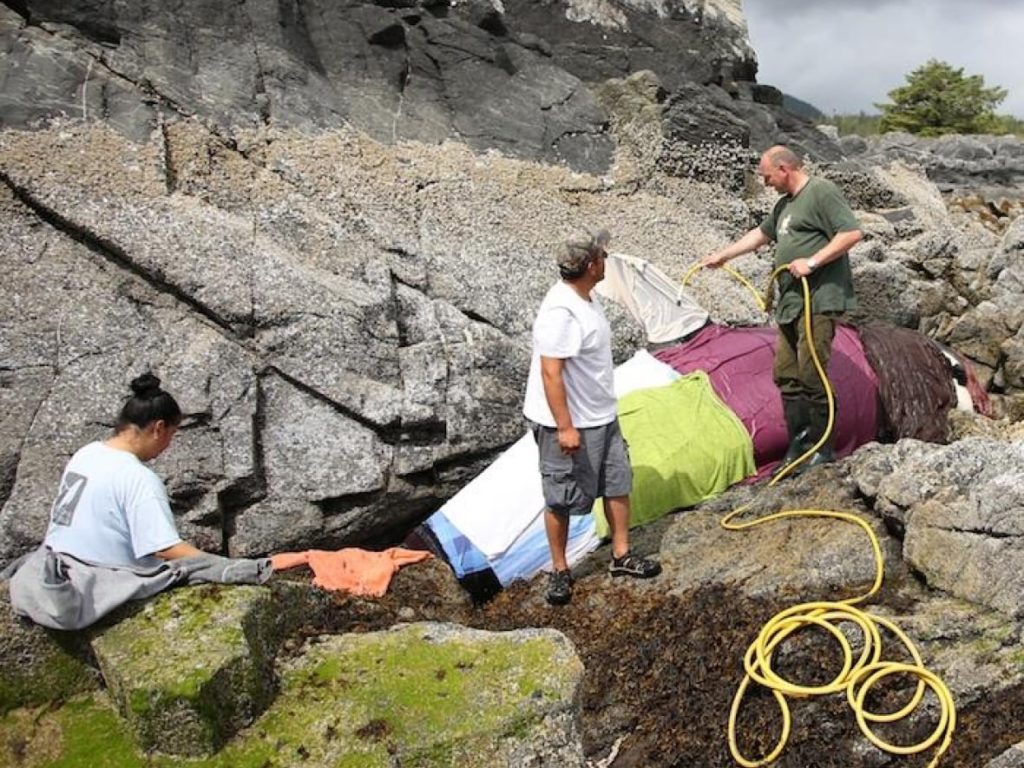 “At first, you could see she was stressed because her breathing was getting a little quicker,” Meuter explained.

She began to calm down after around 15 to 20 minutes.

“I believe she was aware that we were there to rescue her,” Meuter added.

The tide began to rise at 4 p.m. PT, and the orca was able to begin freeing herself.

“It took her approximately 45 minutes to figure out how to get off the rocks,” Meuter added. “At that time, we basically kept our distance.” 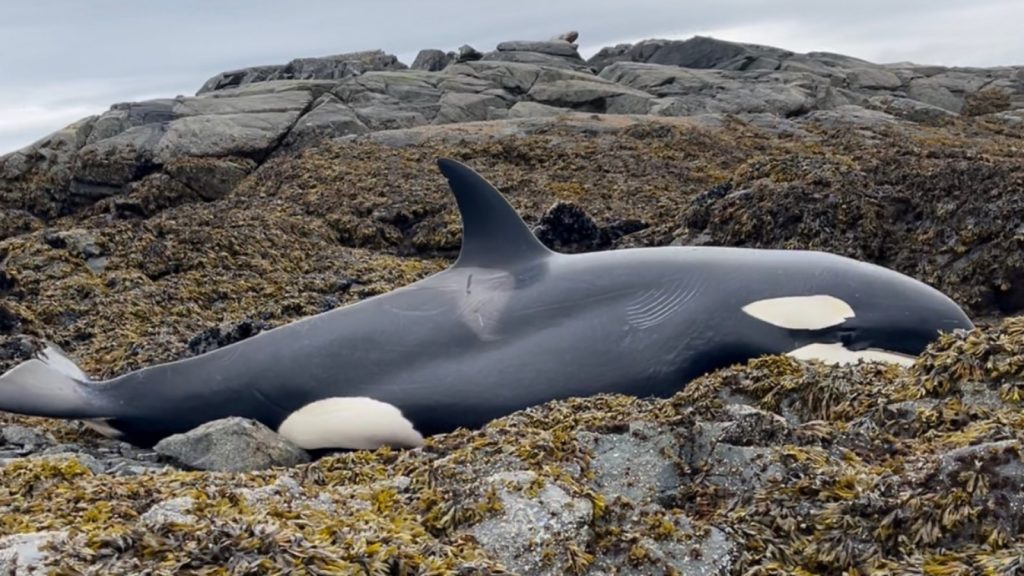 The orca was swiftly reunited with her pod, which was nearby, when she swam away.

Members of the World Wildlife Fund and the Git G’at Guardians from Hartley Bay were also on the scene, according to Metuer, assisting in the release of the animal. 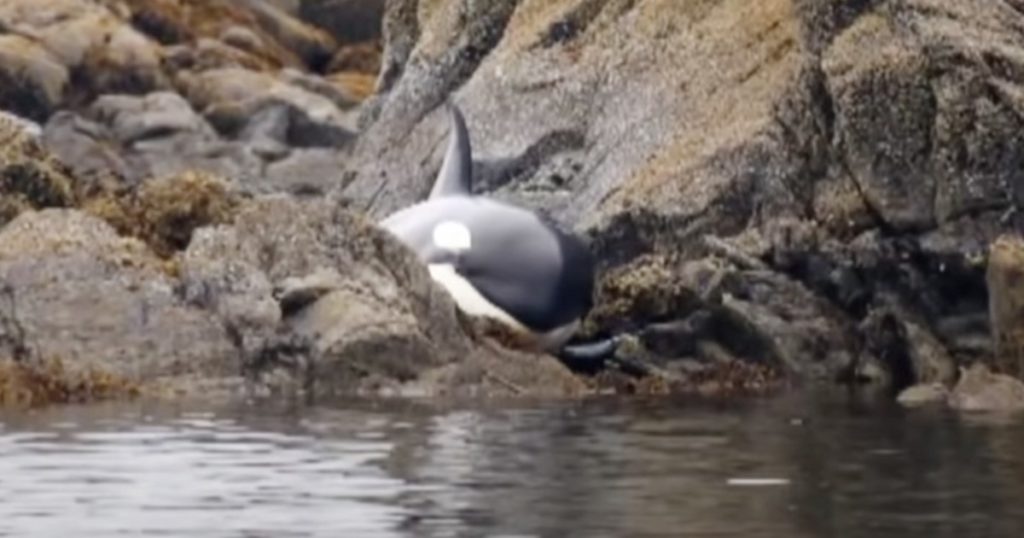 “We all cared for this whale, and we were simply really fortunate to be able to give it another chance,” Meuter added.