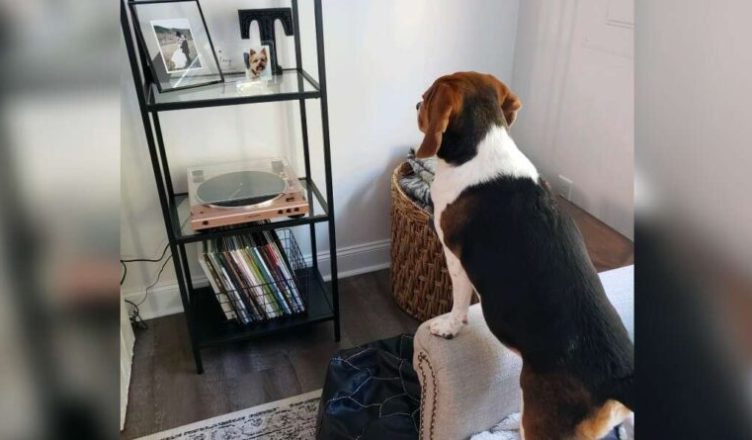 Those we care about will never fully abandon us. And this adorable puppy named Lola is one of them.

Lacy, Lola’s dearest friend and sister, died just a few weeks ago. But she and her family have found an unique way to honor the pup’s memory. Lacy was ten years old when she met the beagle puppy for the first time.

She didn’t like the new, excited arrival because she had spent her entire existence as an only dog. Lola, on the other hand, didn’t take long to win her over. Alli Trent, Lola and Lacy’s mother tells that Lacy  would scream at her, but Lola was always so, so patient with her.” “From the outset, Lola was completely devoted to Lacy.

Lola followed Lacy around, watching her every move, and she wanted to be right there with her wherever she laid.” 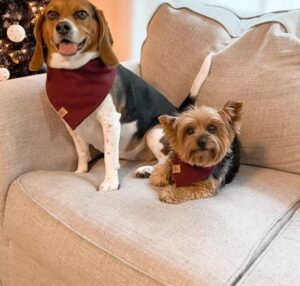 Lacy’s condition worsened after four years of friendship. Despite this, Lola stayed at Lacy’s side, offering her any assistance she could.

“When Lacy’s health started declining, and she started coughing more often, Lola was always so concerned about her,” Trent said. “Lola just always looked out for her. It was the sweetest thing to watch.” 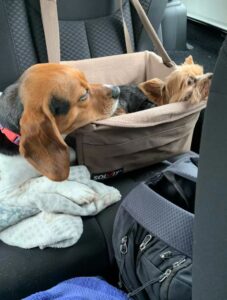 “We put Lacy’s bed and her favorite toys up on a shelf at my parents’ house,” Trent said. “Lola went straight to them and tried to get to them, but then she just started walking around like she was looking for her.”

Trent bought Lacy and her parents a memorial present with Lacy’s photo on it. Trent placed the photo on a shelf in the living room when it arrived, and it drew Lola’s eye.

“Lola was immediately interested,” Trent said. “She just couldn’t stop looking at it and wagging her tail.”
Trent was shocked since Lola had never shown an interest in her home’s decor before, but Lacy’s photo was different. It was as though Lola recognized her dearest friend in the photo. 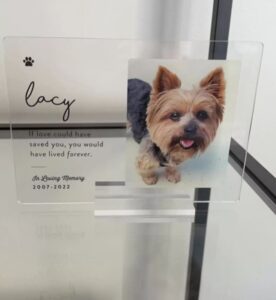 “Later that night, we were talking about Lacy, and I looked at Lola and said, ‘Do you miss Lacy? I do, too.’” Trent wrote in an Instagram post. “She looked at me and tilted her head, and I said, ‘Where is Lacy?’ Without hesitating, she sprinted over to the couch, jumped up on the arm … and put her nose straight to the picture wagging her tail like it was really her.”

Lacy may be gone, but she’ll never be forgotten. 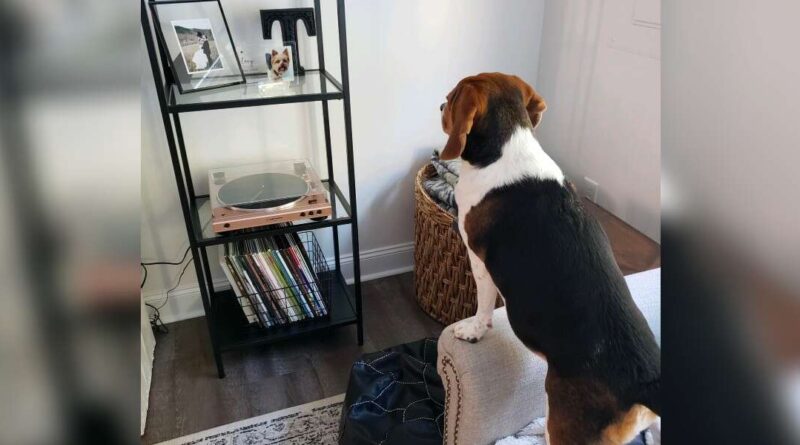 “I think Lola knows that Lacy isn’t coming to the door anymore,” Trent said. “That picture is our Lacy now.”

Lola is making sure to give her mom extra love to help her through this tough time. “I was so worried about Lola, but knowing that Lola can still see her in the picture has truly brought me so much peace,” Trent said. “We are so lucky to have them for the time that we do, and to be loved by them unconditionally.”