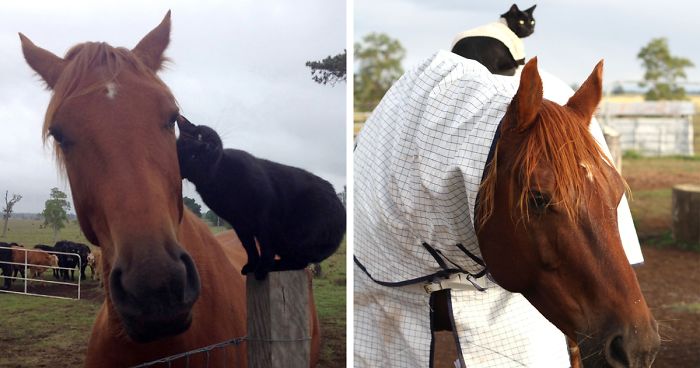 When you think about cats, you probably think of them playing, napping, or enjoying the wide outdoors. But what about horse riding? It’s not something you’d normally associate with a cat!

Morris is an exception! 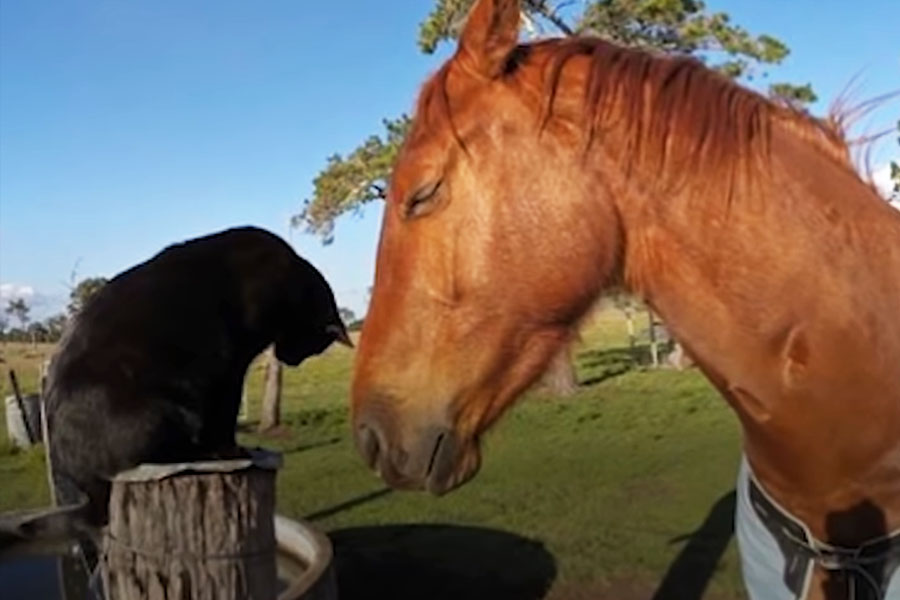 When he was rescued, he became immediate friends with Champy, a lovely horse, and their friendship developed from the start. Champy was incredibly fond of Morris and would frequently visit the balcony to see whether he was there.

Morris then chose to get onto Champy’s back without being requested, and he made himself at home on the horse’s back! While his human believed this would be a one-time event, she was wrong! 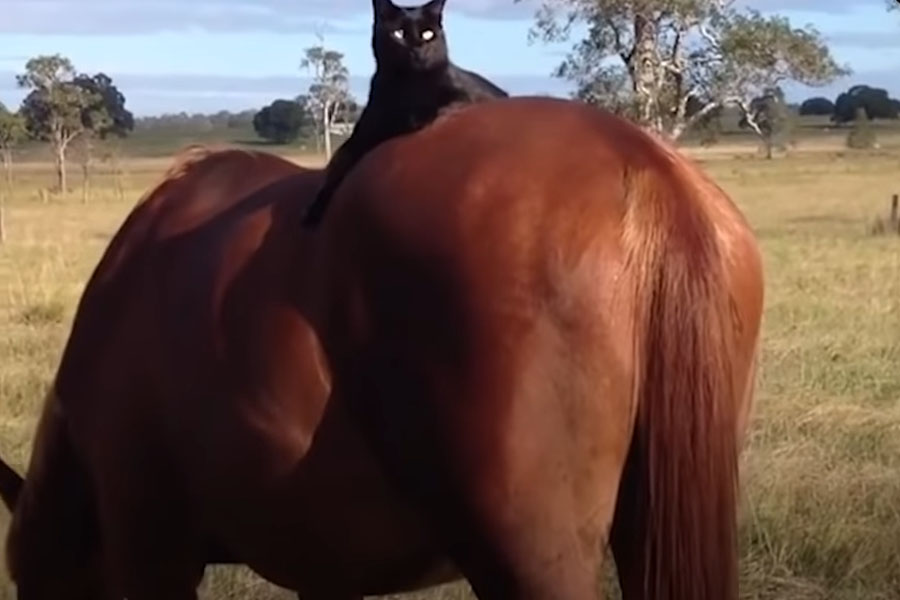 It’s almost impossible to see one without the other these days. Morris enjoys nothing more than riding through the fields with his best friend.

But there’s a gentler side to their connection as well. They like grooming one other, which isn’t always easy due to the size difference between the horse and the cat! Regardless, they appear to make it work, and that’s just one of many ways they show their appreciation for one another. 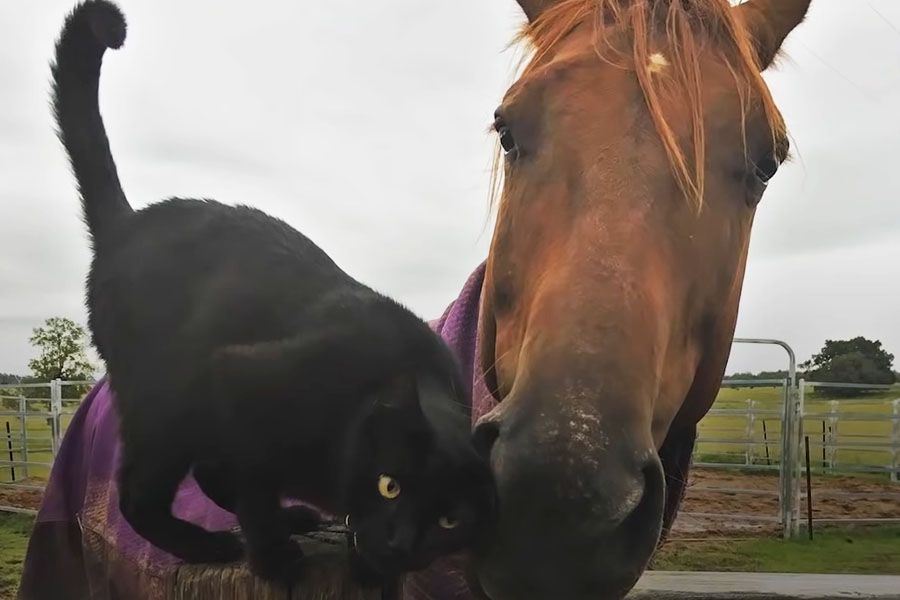 Morris had spent his entire life in a cage in the shelter and had never been outside until coming to the farm. It’s obvious that his adventurous attitude and passion for horse riding are his attempts to make up for lost time, and he’s succeeding!

Morris was the first person to ride Champy, even before any human! Despite the fact that their relationship is founded on a strong mutual tie and an evident affection for one another, everyone jokes that Morris trained the horse. 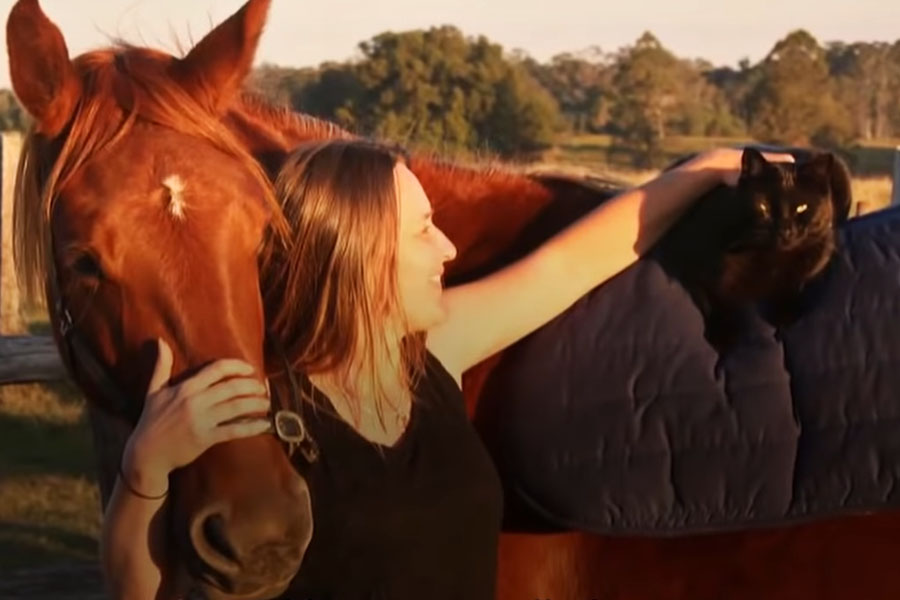 Despite the fact that Champy is one of five horses, he spends the most of his time with his feline friend Morris. They’re absolutely inseparable, and they’ve created the most unusual of friendships, which we all adore!