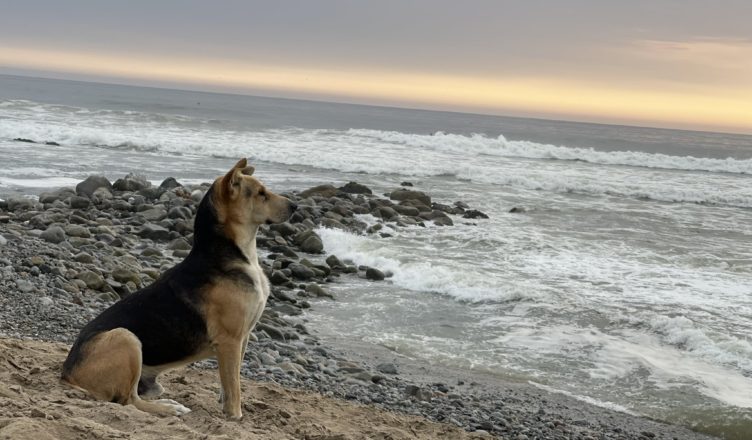 There are lot of stories about dogs and their owners. Many of them are really very heartbeaking. For example everyone knows about Hachiko
and his owner. Hachiko was so loyal that he waited his owner for years even knowing that he will not return.

Even after their owners have passed away, dogs remain constantly loving and devoted to them. Dogs have a high level of intelligence and seem to recognize when their loved ones have passed away. They may even mourn for them in their own unique ways, with some even visiting their graves to pay their respects.

As illustrated in melancholy viral images, one beautiful dog can be observed attending a seaside watch for his lost owner. 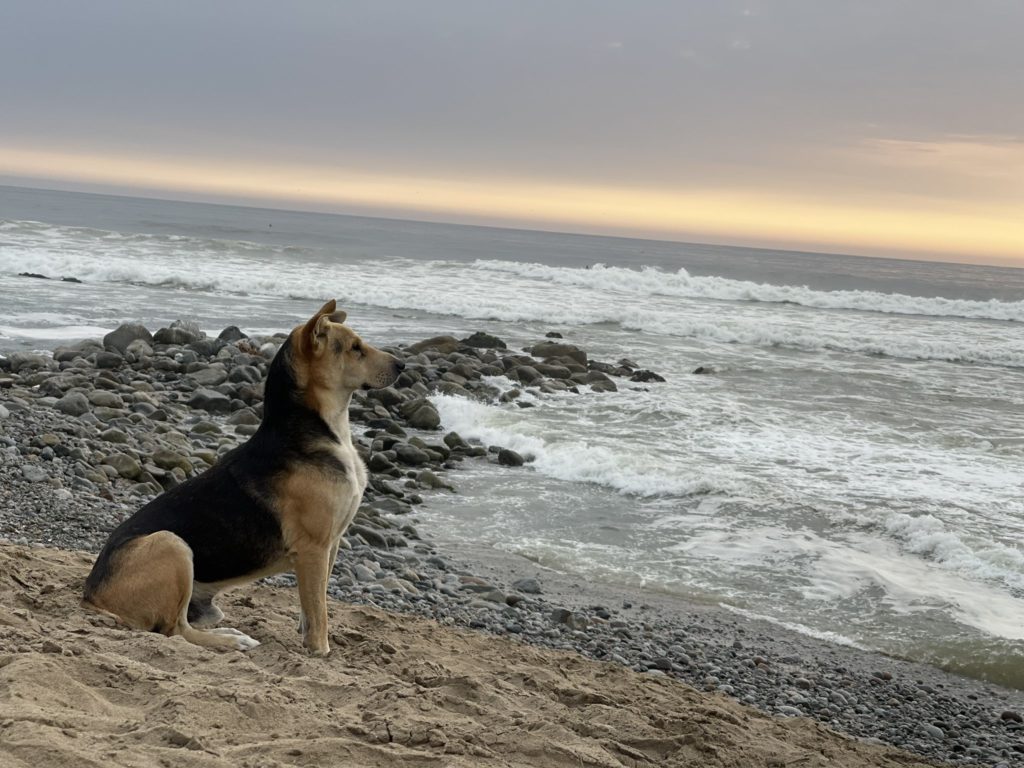 Jolie Meja was on her way to the beach in Punta Negra, Peru, when she came upon an uncommon sight: a dog alone on the sand, looking  at the water.

“He didn’t seem to be left alone.” “His fur was clean and he had a ribbon around his neck,” Jolie told The Dodo. “I pet him while waiting for his owner, but no one showed up after a few minutes.”

Jolie claims she cared for the dog by cuddling him, but he preferred to sit and watch the surf. Jolie and her family were on the verge of taking him in after mistakenly believing he had been left by his owner on the beach.

However, soon  a guy approached and revealed that the dog was at the beach every day for a sad reason.

Jolie remarked on Twitter, “His owner was a fisherman who went away some weeks ago.” “He’s been staring at the water every day since then.” 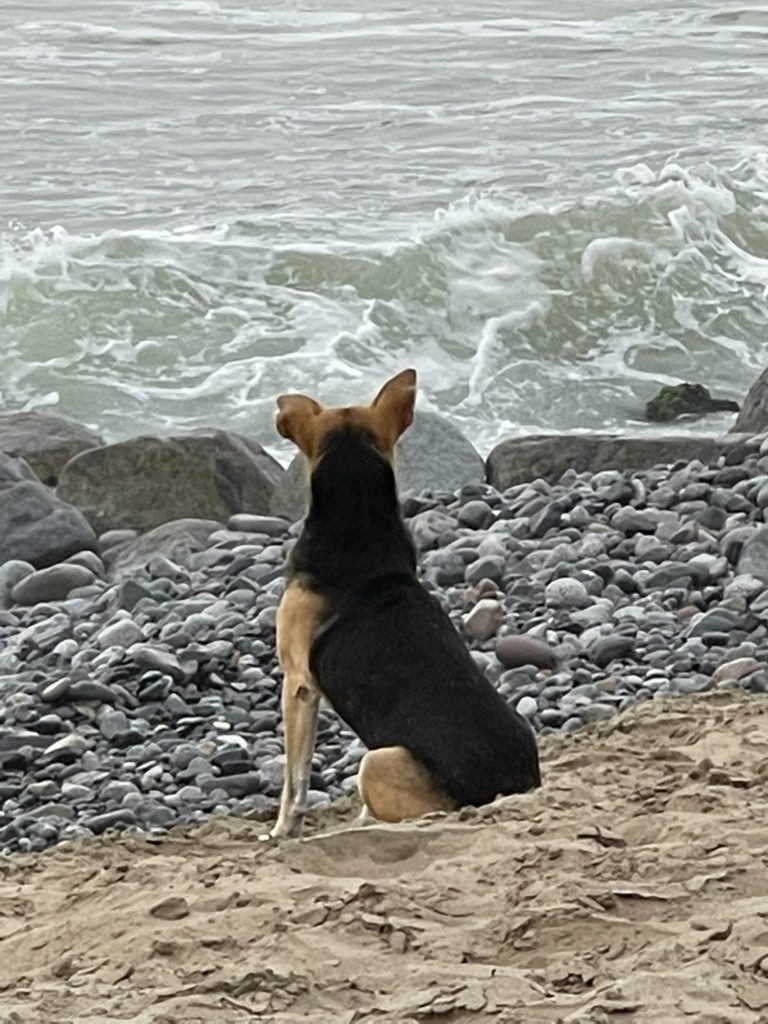 Vaguito, the dog, seemed to realize that his owner sailed out to sea one day and never returned. Perhaps he realizes his master has gone and is keeping a watch for him, or perhaps he thinks his master will return one day.

“Every time he sees a boat, he gets delighted,” Jolie wrote.

She told that the dog’s story had “touched” her. Despite the sadness of Vaguito’s story, she was relieved to find that he wasn’t alone: “Practically everyone in the region knows the dog and is quite fond of him,” she discovered.

Vaguito is looked for by the residents of the little town, who provide him with food and shelter. According to a veterinarian, he is cared for by a lady who lives nearby. 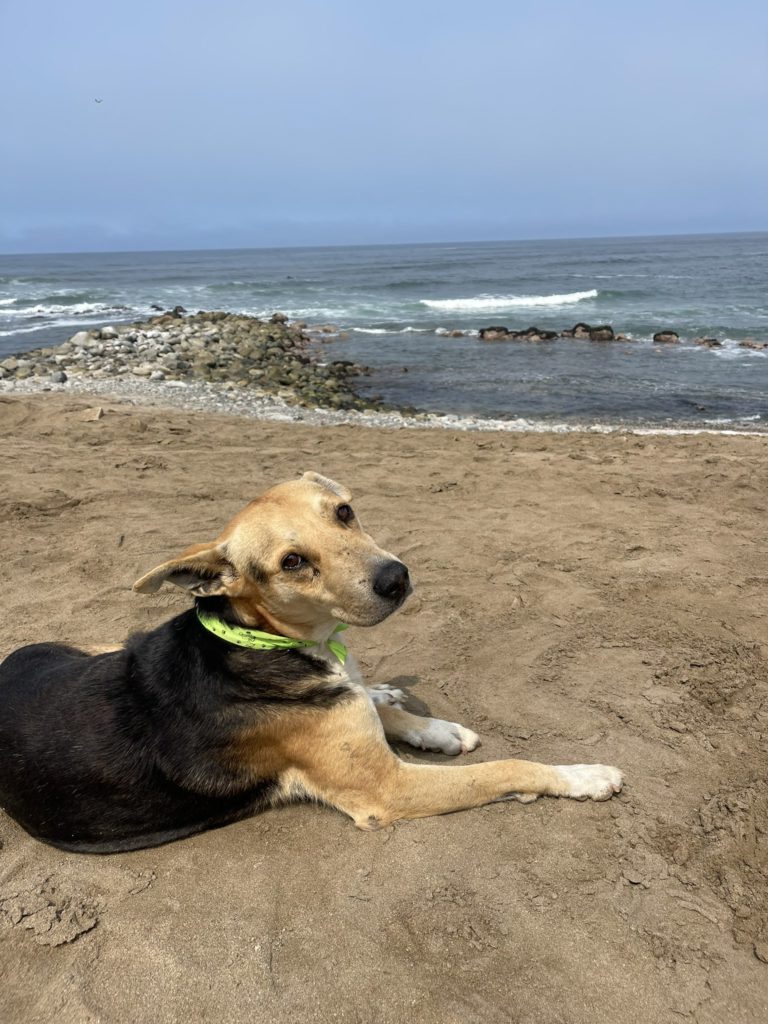 While nothing can replace Vaguito’s late owner, whom the dog obviously adored, he is still treated with affection.

It’s incredible to witness how devoted dogs are to their people, even after they’ve passed away.