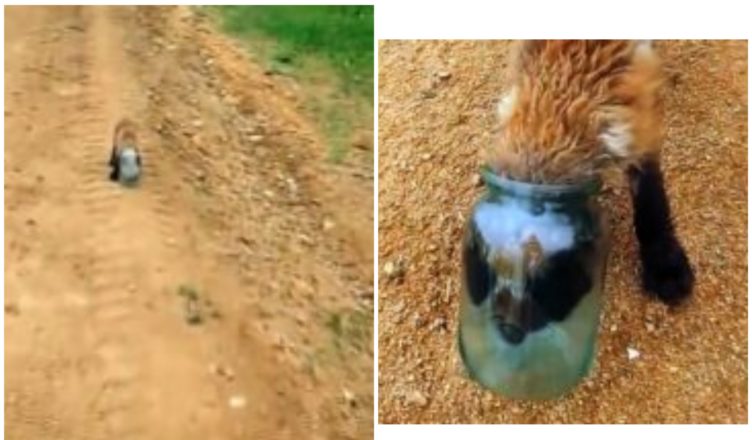 While searching for food, an infant fox became a v.i.c.tim of human pollution. The poor critter got his head locked in a jar by accident, and the jar’s rim began pressing on his neck as he fought to escape.

As the tiny fox failed to get rid of the jar, he fled the woods and staggered toward the dirt road in search of assistance. 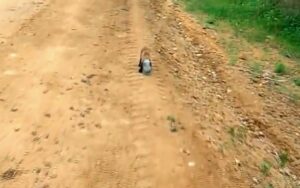 The newborn fox was aware that humans would frequently visit this zone for hunting purposes. He was instinctively terrified of humans, but his alternatives were limited at the moment. When the tiny fox noticed a troop of soldiers going by, he approached them and asked for assistance. 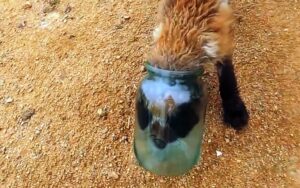 In this video, one of the soldiers bends down to assist the terrified fox pup. As the soldier strains to get the jar out without injuring his neck, the young infant tries to remain quiet. The jar eventually pops off after some effort, and the grateful cub begs for air! But the fox’s terror of humans returns, and he escapes back into the forest! 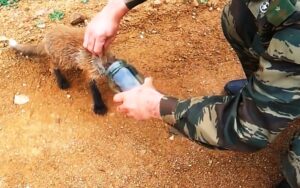 The soldier jokes, “Where’s my ‘Thank you?'” but is surprised by the cub’s heartfelt answer! Despite his trepidation, the infant fox comes to a halt and decides to acknowledge the soldier’s assistance. He remains near the dandelion overgrowth, briefly turning back to thank the soldier for his generosity! So cute!

Watch the video below to see how the soldier saved the newborn fox in need!