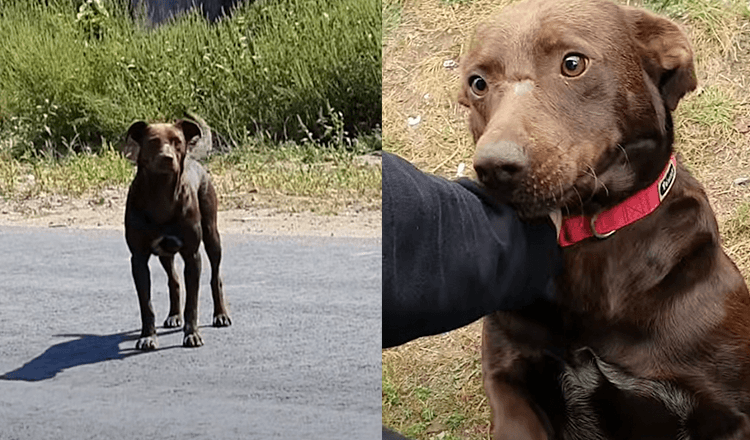 Howl of a Dog, a non-profit organization that helps animals in Romania, found the cute stray puppy named Remy. 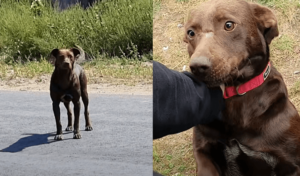 He has been standing and waiting at the same spot every day for someone with a nice heart to take care of him. 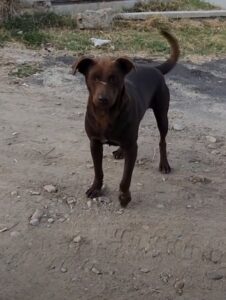 The rescuers encountered him during their spay-neuter campaign in Romania’s rural districts. In rural Romania, dogs are generally kept as guarding or protective “tools,” rather than as family members. 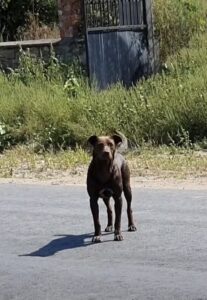 And ancient, terrible “traditions” remain, with many dogs getting their noses burned with a red-hot iron to improve their immunity and help heal distemper. 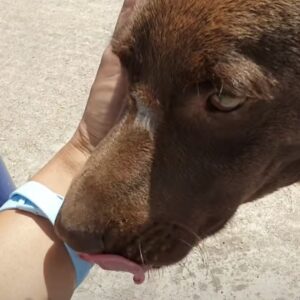 Despite his kindness, Remy has not been granted a home and has been left to fend for himself. During their stay, they attempted to find him a home in the region, but no one wanted to care for him. Fortunately, the rescuers decided to take him with them and began searching for a home for him outside of the remote region.