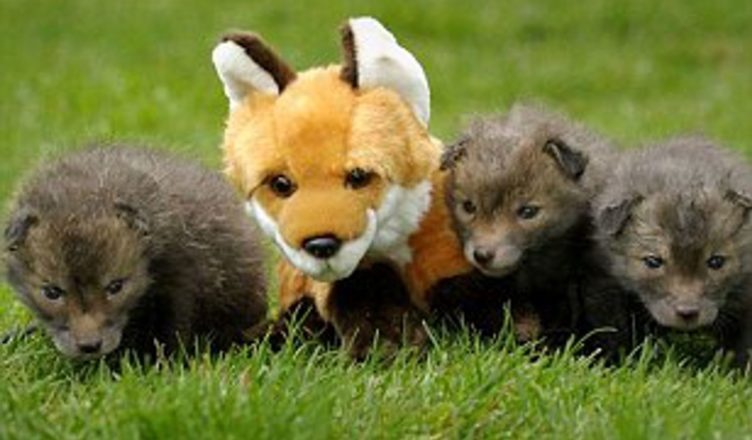 A farmer was surprised when three orphaned fox pups accepted the cuddly animal as their surrogate mother when he gave them a children’s toy.

The father of two discovered the trio moaning and shivering in a hole under his shed at the bottom of his yard.

He took the hungry cubs into his family home and gave them a toy fox that belonged to his three-year-old daughter since their parents were nowhere to be seen.

The cubs attached quickly with the fuzzy toy and have been inseparable from their new’mum,’ refusing to sleep in their basket without it. 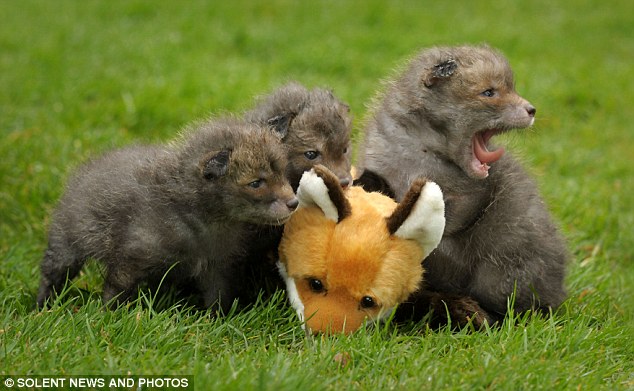 When the farmer from Epsom, Surrey, brought the cubs to Wildlife Aid in Leatherhead to be released back into the wild, he insisted on giving them the toy.

Since being discovered last month, the cubs have gained weight and are even trying to nurse their new mother, who has been given the name Flo after the red-headed singer Florence Welch. 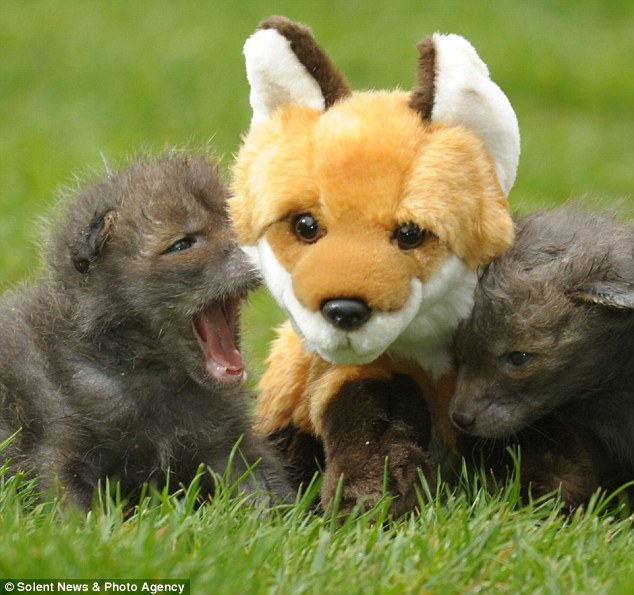 ‘We were pretty astonished at first that a farmer would try to save the lives of three small foxes,’ said Simon Cowell, the rescue center’s founder.