Hundreds of various horse breeds have been bred through the years as one of the oldest working animals. Horses have been used to transport products, plow fields, and serve as the primary form of transportation for ages. When the Industrial Revolution began in the United Kingdom and the United States, however, horses were rapidly displaced. Several horse breeds have become critically endangered since then, with just a few groups dedicated to preserving them alive. 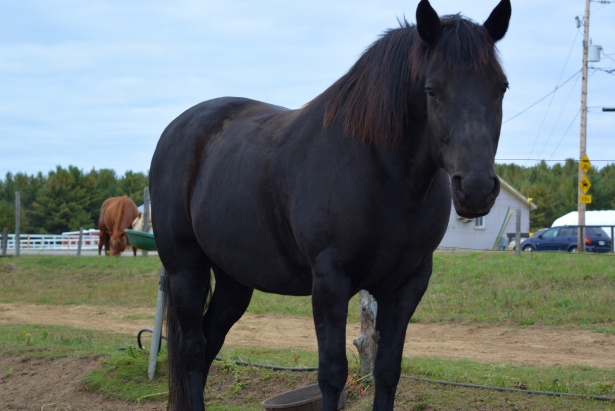 The Canadian national horse is a magnificent breed that dates back over 350 years to when King Louis XIV of France sent a shipload of horses to his subjects in New France in 1665. These horses were most likely a combination of numerous breeds that eventually came together to become what is now known as the Canadian horse. These horses are a powerful, sturdy, and resilient horse breed recognized for their jumping abilities and speed. They are mostly used for racing and showjumping nowadays. The breed is currently striving to repopulate after being nearly wiped off during the American Civil War as a result of being used in battle. There are around 6,000 registered Canadian horses worldwide, but with only 150-500 new registrations each year, they are in risk of extinction. 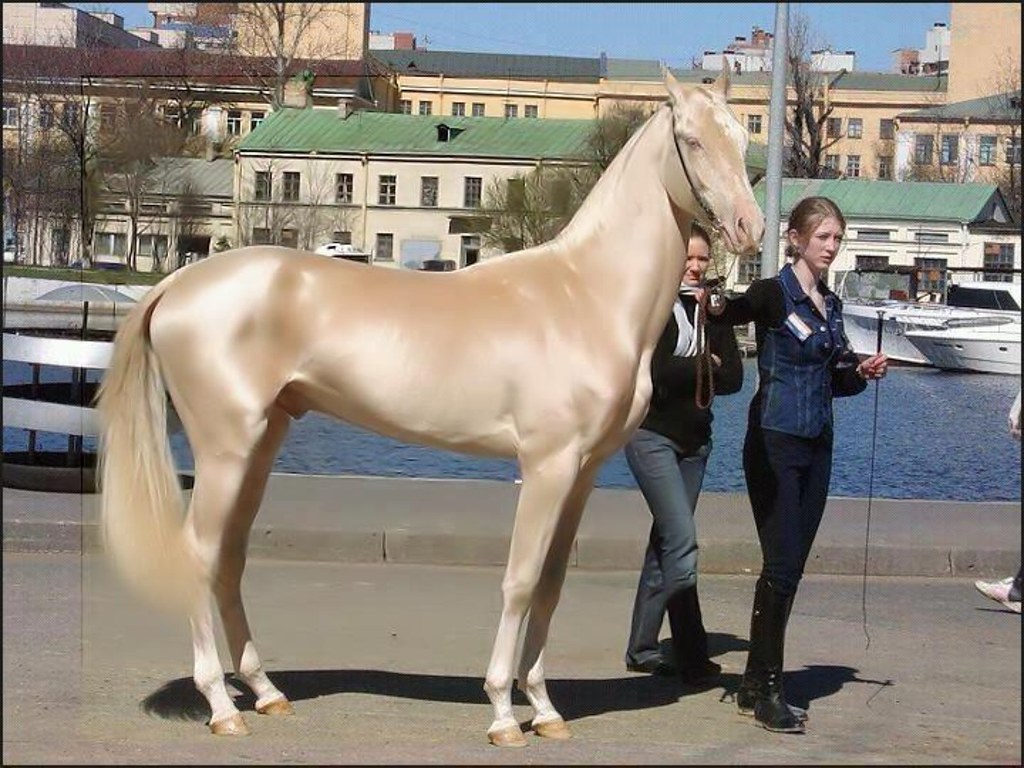 Due to its metallic-like shine to its fur, the Akhal-Teke horse is regarded one of the most attractive horse breeds in the world, giving it the appearance of golden and bronze figures. This breed is the national horse of Turkmenistan, and it is also known as the “golden horse.” This breed evolved in response to Central Asia’s dryness, and nomadic tribes utilized it to travel large distances. Despite the fact that this is a very rare breed, the population of these horses is threatened by causes such as inbreeding. 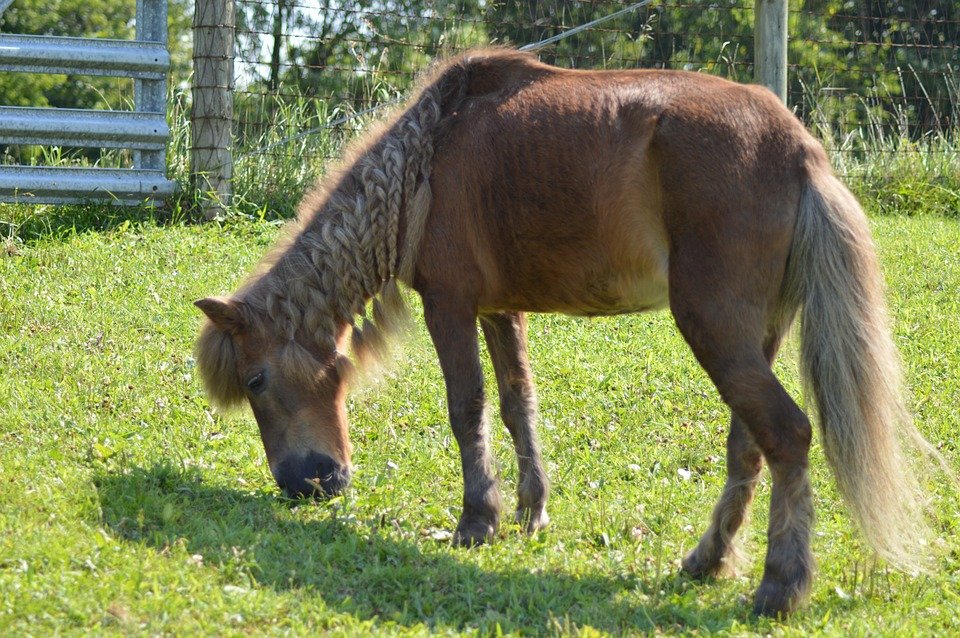 The Dales Pony is a breed with roots in the north of England. During the height of lead mining, they were often used to transport ore from mines to ports in the North Sea. Due to their speed and reputation as a stylish trotter, they are becoming more widely employed for pleasure riding. Unfortunately, because to the fall in lead mining in the UK, the number of these beautiful horses has decreased to less than 300 in the UK and less than 5,000 globally, putting them in ‘critical status.’ 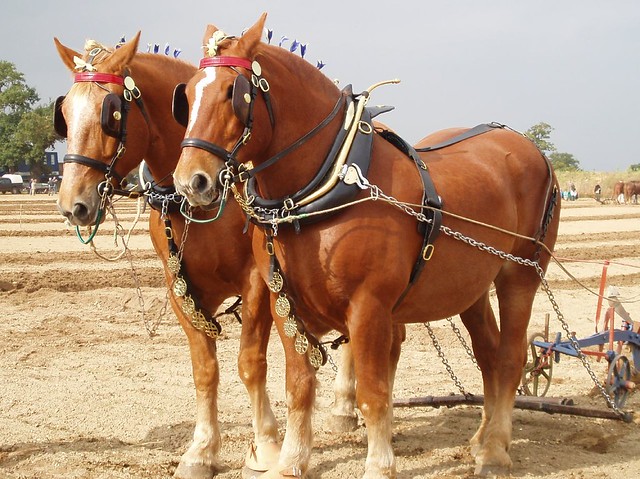 The Suffolk Punch horse is a heavy-draught horse whose origins may be dated back to 1768. Because of its powerful legs and muscular build, this breed was extensively employed for working the land or carrying things prior to World War One. Since then, agricultural mechanisation has reduced the number of these horses in the UK to less than 300, placing them in a ‘critical’ status, making them more endangered than the Giant Panda. 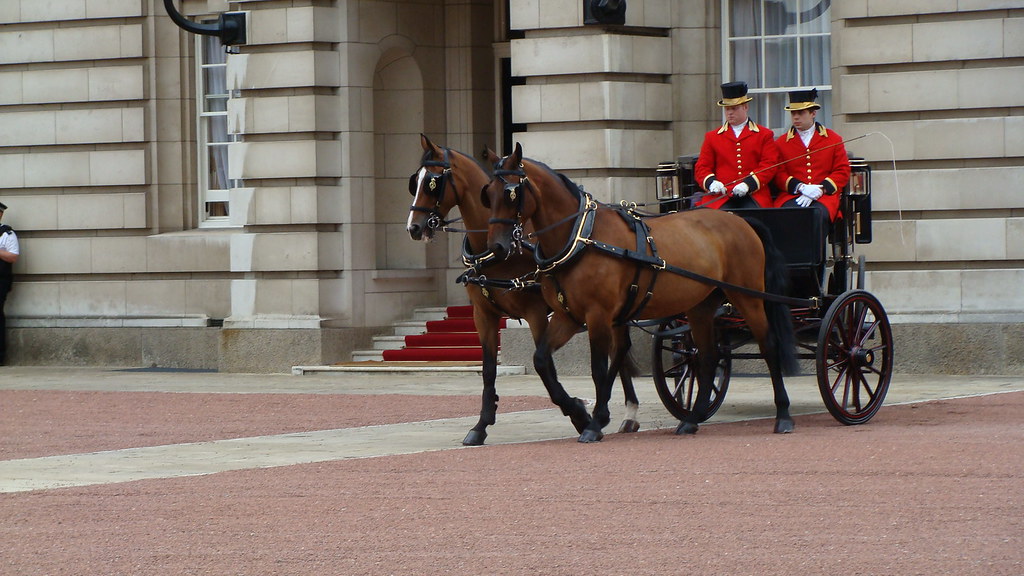 The Cleveland Bay horse is England’s oldest breed, dating back to when records were kept. Originally known as the Chapmen horse, the breed’s present name is derived from the breed’s reputation in Yorkshire’s Cleveland area, as well as its color. Due to their strength and muscle, these horses were initially utilized for transporting goods before being converted as carriage driving horses by Queen Elizabeth I. Unfortunately, the breed’s population have plummeted to less than 300 in the United Kingdom. Although Queen Elizabeth II is working to recover the breed’s popularity, it is still classified as endangered. 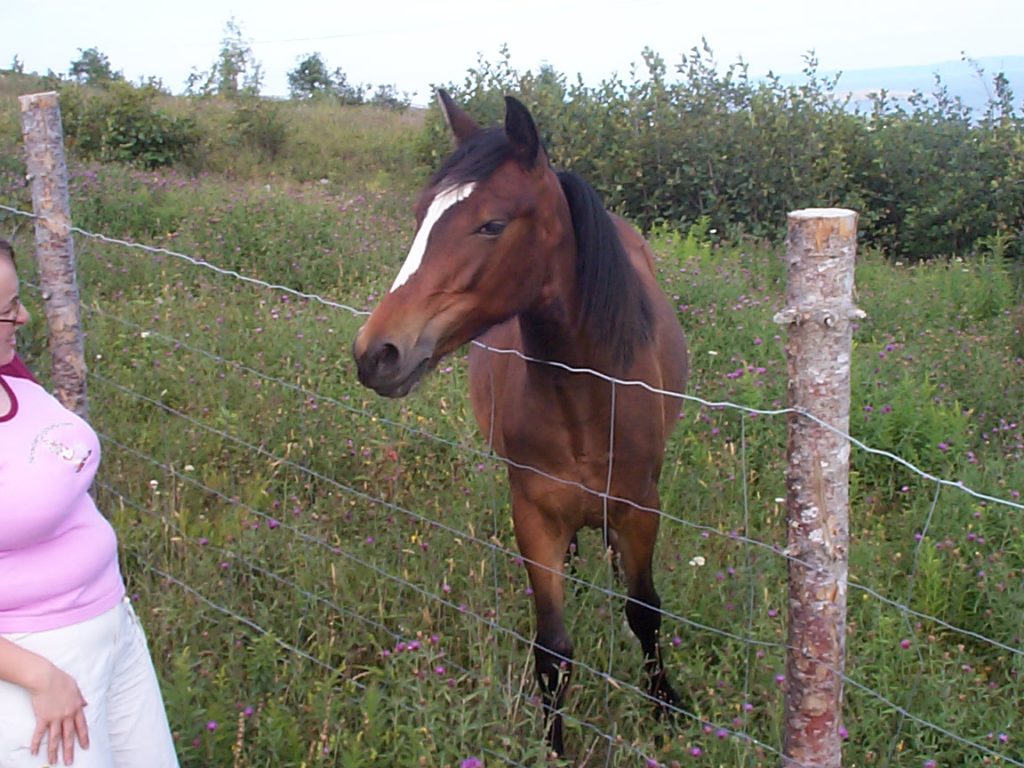 This breed of horse, which may be found in the Canadian province of Newfoundland and Labrador, is descended from a cross of English, Irish, and Scottish breeds that were brought to the area by Western immigrants. Due to their strength and power, these horses were formerly a popular type of labor horse, but they are now largely used as family horses for riding and showing at horse events. This breed is highly endangered, with an estimated global population of about 200-250 individuals! Because of its endangered condition, this horse is now protected by legislation in Newfoundland and Labrador. 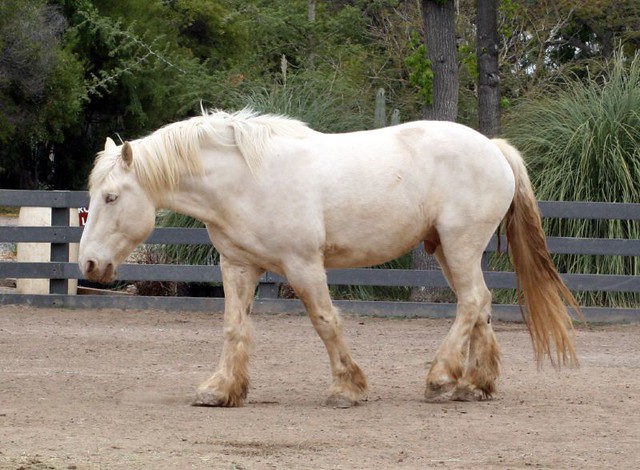 With its incredibly gorgeous champagne/cream colored coat and amber eyes, the American Cream horse has a unique look. However, despite their attractive look, they have been endangered as agriculture has become increasingly mechanized in the twentieth century. Part of the cause for the population decline was that they were first developed around the turn of the twentieth century, coinciding with changes in agricultural practices, resulting in a global population of less than 2,000 people. Because this is the only draft breed horse native to the United States, it is critical that it is preserved! 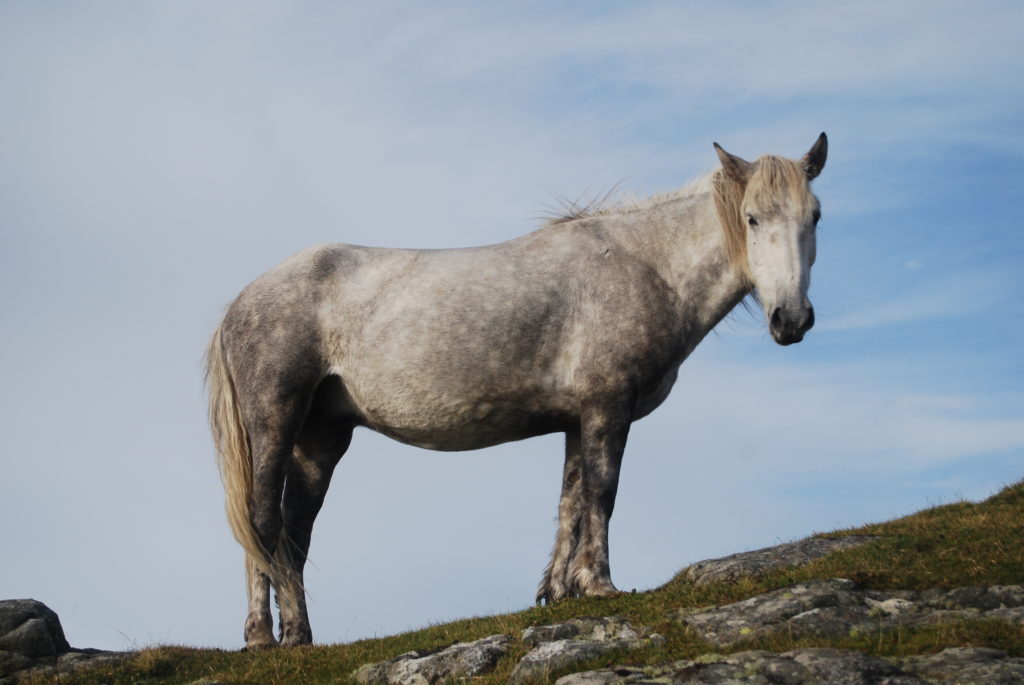 This charming breed, originally known as Western Isle Ponies, is native to the Hebridian Islands in Scotland and is recognized for its calm temperament and ability to adapt to the severe, cold conditions found in the far north of the UK. These ponies were, and perhaps still are, important to the islanders, carrying seaweed, pulling carts, and even transporting children to school. The number of these magnificent creatures has now dwindled to less than 300. However, thanks to conservation efforts and their usage in horse therapy, they are making a comeback. 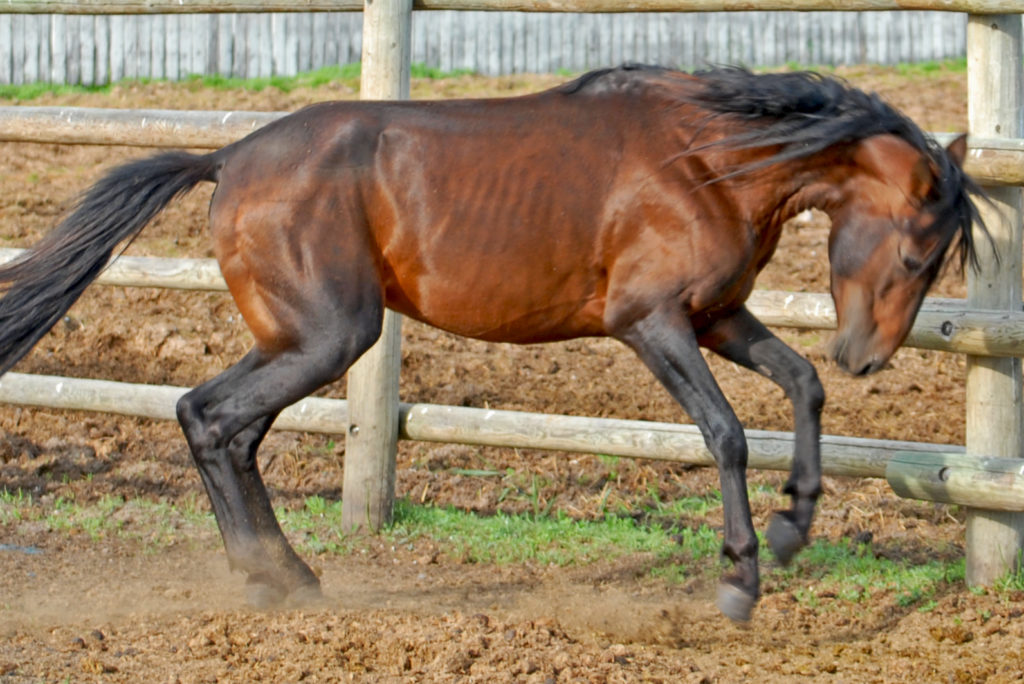 This ancient horse breed has been discovered in art works dating back to around 3000 B.C., making it one of the world’s oldest horse breeds still in existence. This horse is regarded as a national treasure in Iran, where it originated, and was thought to be extinct for 1,300 years until two researchers discovered several in the wild in Iran in 1965. Despite the fact that their numbers are rapidly increasing as a result of conservation initiatives, they are still regarded one of the rarest horse breeds in the world. 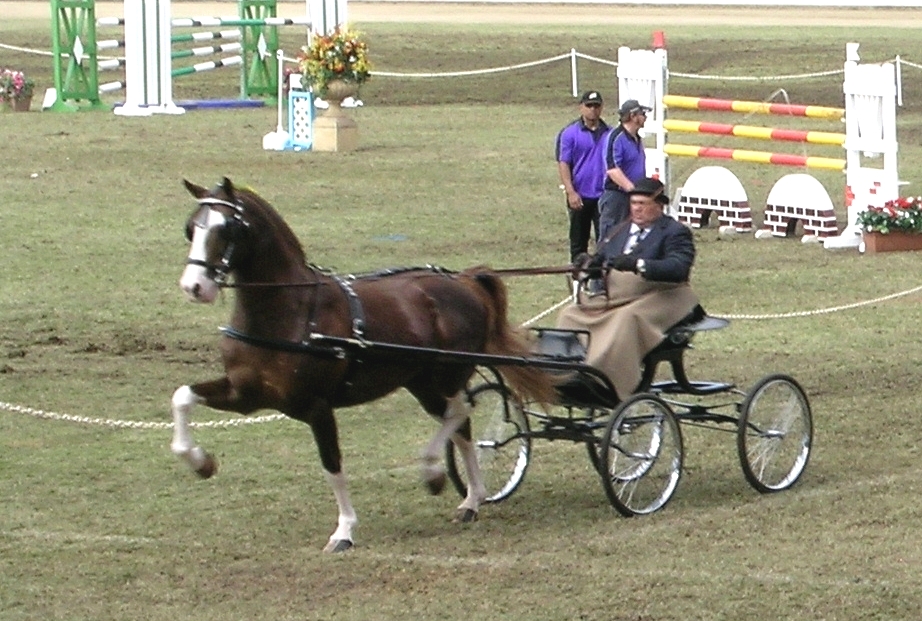 This elegant breed is recognized for its athleticism and ability to trot at astounding speeds for extended periods of time. They are also known as the “ballerinas of the show ring” because of their showjumping and dressage abilities. Their aim was to draw carriages and they rapidly became a prestige symbol for the wealthy and powerful. They were developed in the 14th century in Norfolk, UK. They were finally employed for harness racing in the nineteenth century, but the breed fell out of favor as horse specifications made it unsuitable. The Hackney breed is now in a ‘critical’ position, with less than 300 remaining.