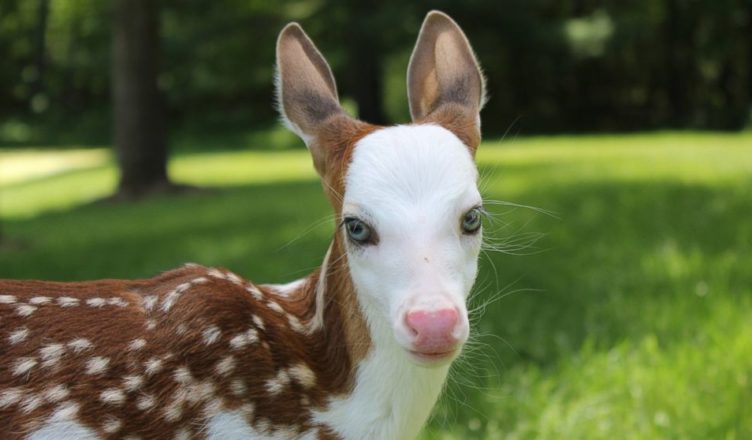 A white-faced fawn (baby deer) was rescued and nurtured by humans on a farm in Michigan after being rejected by his mother at birth.

“He was named Dragon by my almost-19-year-old son because he realized he’d have to be strong to live.” 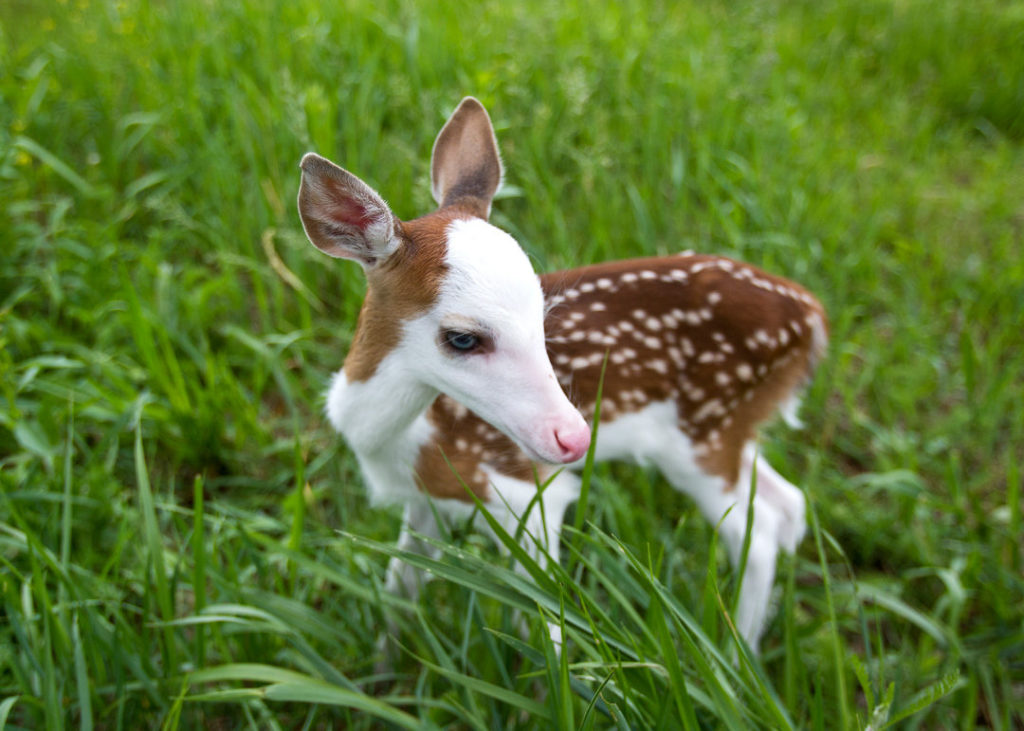 Dragon is a ‘piebald’ deer, which means he has no pigmentation on some parts of his body.

Dragon  has a white face and underbody. 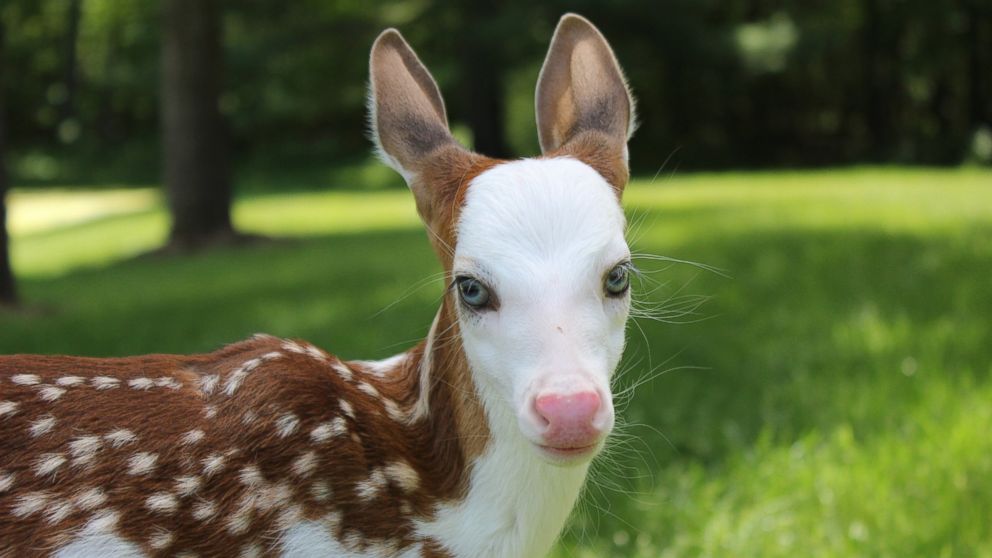 It’s just that beautiful face though that was the cause of rejection from his mother. 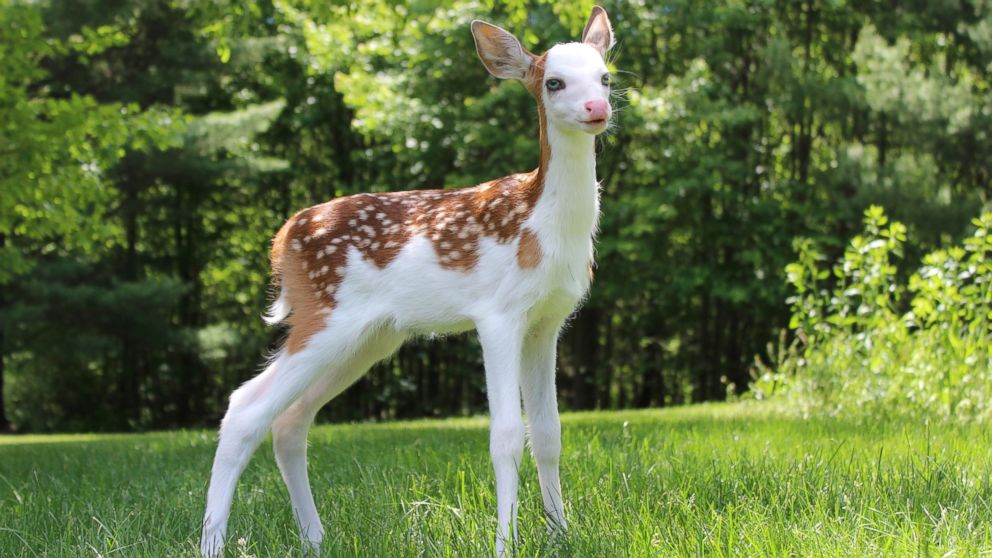 “Being a piebald carries a slew of health problems, and a whitetail deer would automatically reject any young that don’t have a chance.” 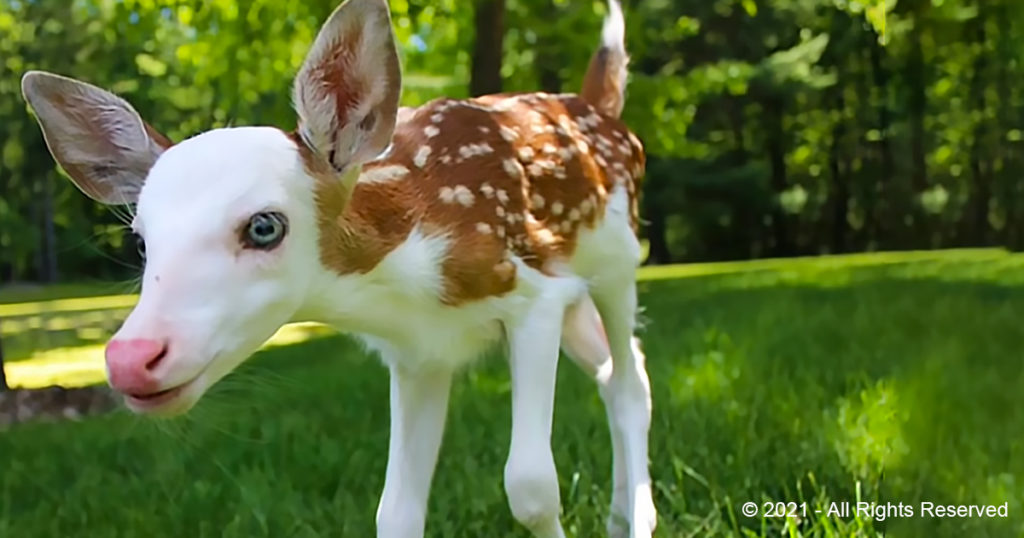 “The white makes him stand out, keeping him from hiding from predators, and he can’t hear or see as well as a normal deer, limiting him from hearing or seeing predators approaching.”

She gave birth to a brown fawn at the same time and is doing well with him.” 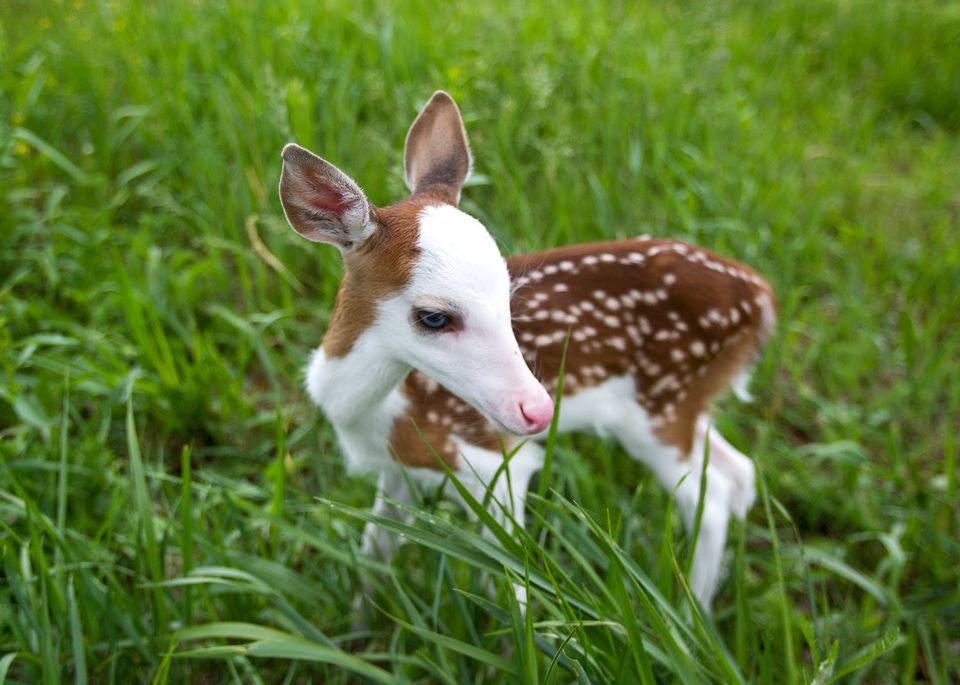 Despite his weak immune system, Dragon seems to be “thriving,” said Powell. 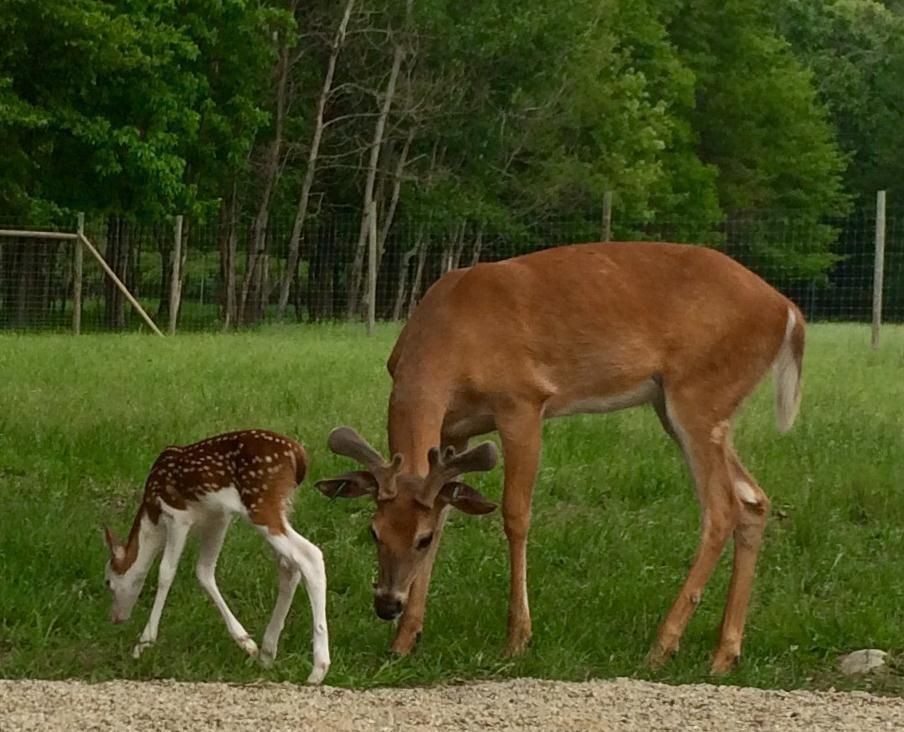 With a white piebald face, just around 1% of deer are born this way, making him extremely unusual. Even fewer survive in the wild after being rejected by their mother. 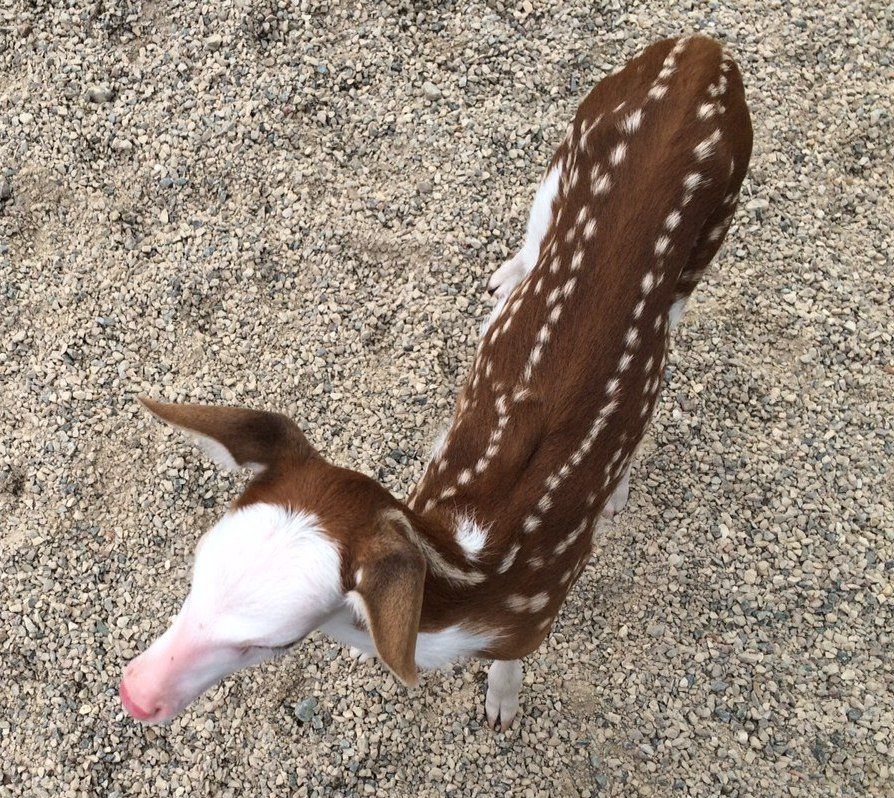 Dragon himself was very lucky to have been born at Deer Tracks Junction, so he could be adopted by humans that can raise him. 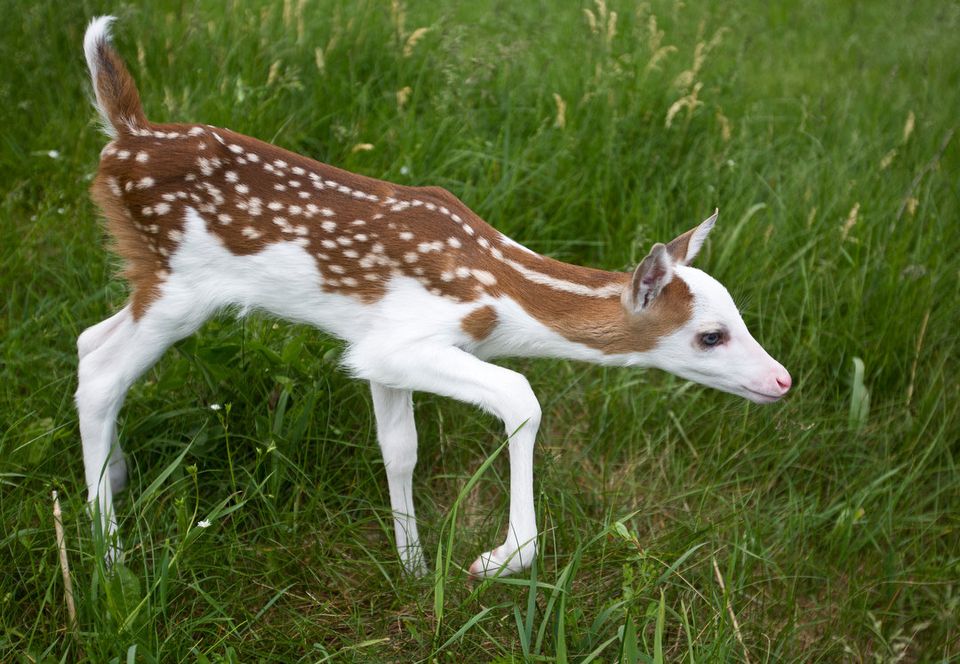 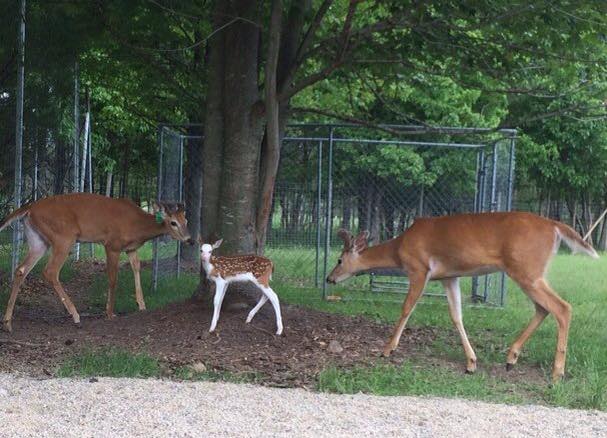 “Unfortunately, I never wanted to have to make this update. Despite every medical intervention, we had to say goodbye to our little Dragon. It’s been a difficult time here, and he’ll be sorely missed.