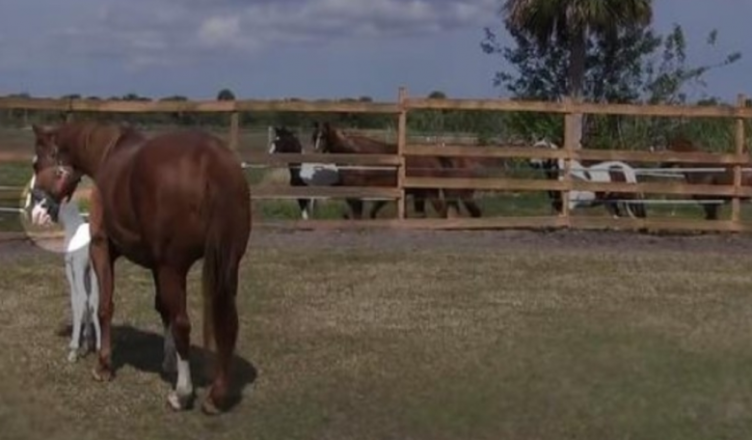 Horses are amazing creatures; gentle giants with immense power, understanding, and intellect. It’s simple to understand why people have kept them as working companions and pets for generations.

Horses are a way of life for Scott and Jackie Nelson. Down Under Colour Ranch in Florida, where they grow Australian and American paint horses, is owned by the couple.

Their horses are all stunning, but one mama just gave birth to a particularly remarkable and uncommon foal. 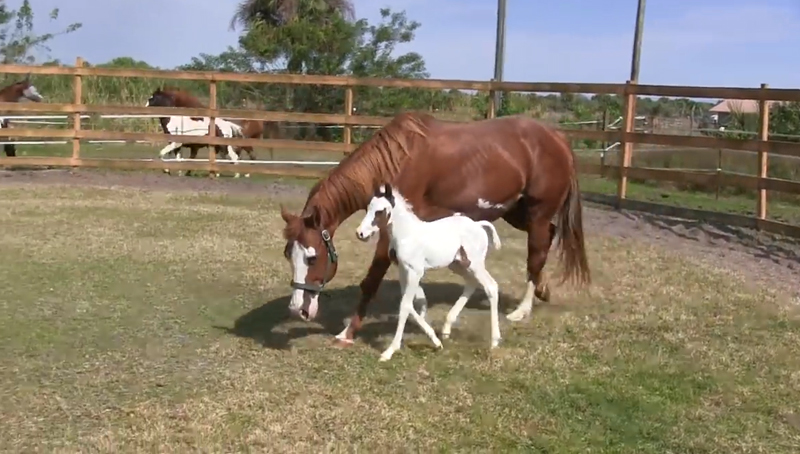 Poka, one of their horses, was the mother. Because it was her first pregnancy, the Nelsons were a little worried and unsure of how things would turn out.

The father was a stallion on the ranch named Chief, who, like Poka, was in excellent health. Scott and Jackie have big expectations for this young couple! 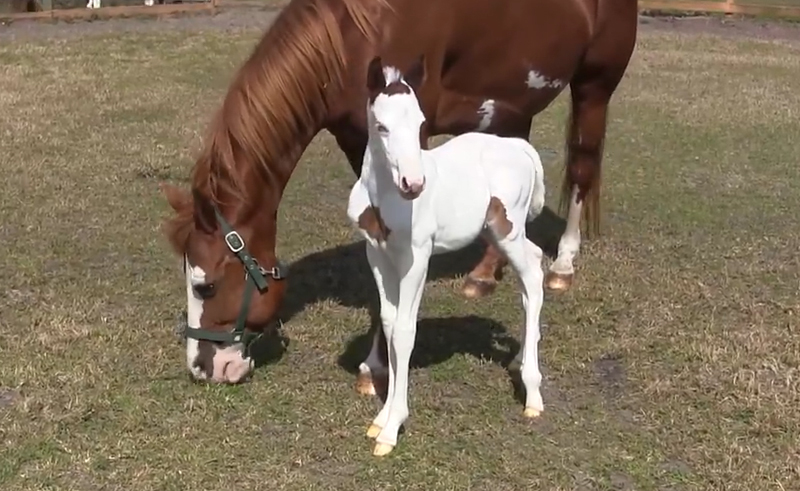 Poka eventually gave birth to her lovely baby after 11 hard months, and the Nelsons were taken aback by what they saw.

The foal was not only healthy and cheerful, but she was also one-of-a-kind. 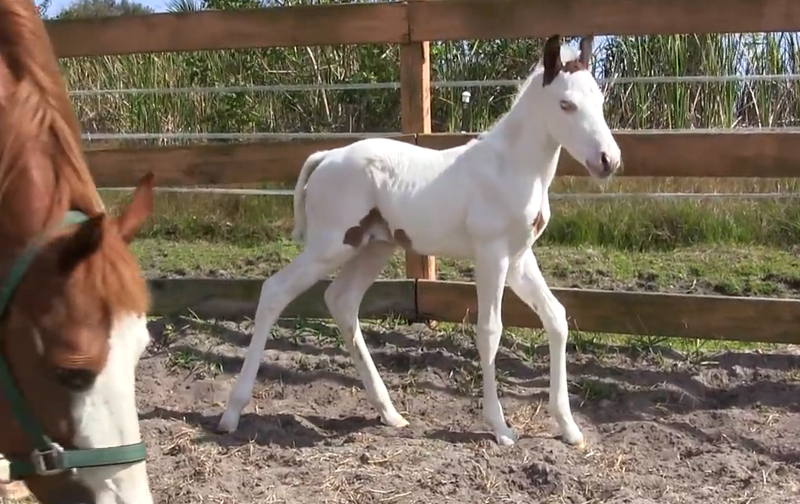 They gave the bouncy young filly the name Coconut and were fascinated by her markings. She was a Medicine Hat Horse, a paint horse with a highly unique colour. Medicine Hats have a largely white body with color on the ears and top of the head, making them look like a hat.

Medicine Hat Horses were revered by many Native American tribes, who used them as ceremonial horses or saved them for tribal chiefs, medicine men, and strong warriors. 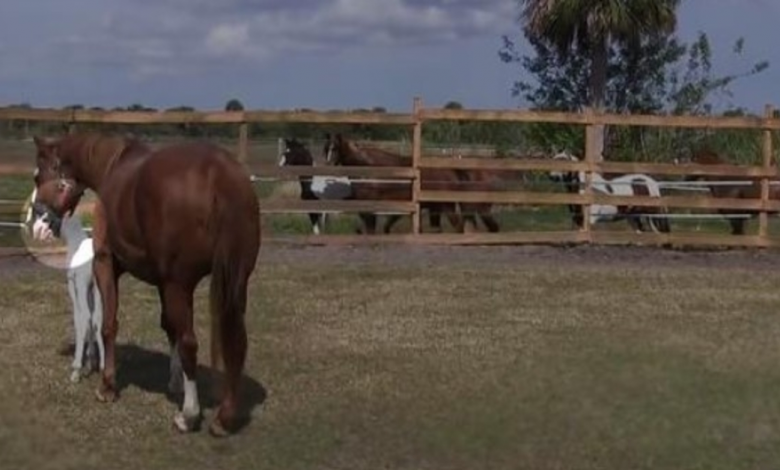 Medicine Hat Horses are said to have powerful intuitions and other natural abilities, making them exceedingly valuable. Coconut is more unique than she thinks!

It’s no surprise that the entire herd gathered up to see Coconut, who was just two days old at the time, frisking about the enclosure. She was about to become well-known!