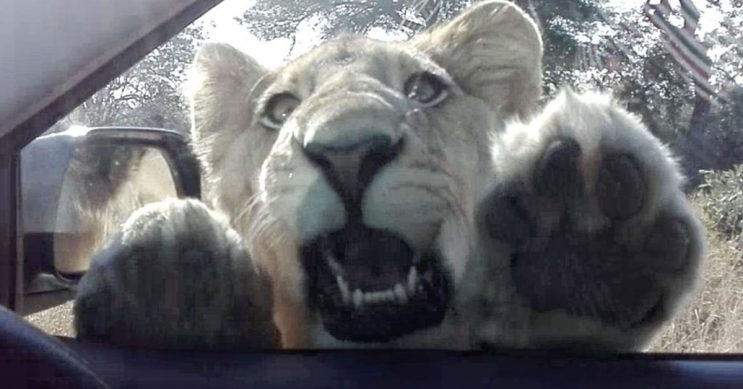 Hannetjie van der Westhuizen and her companions had a close experience with the large cat species while driving on the S100 in South Africa’s Kruger Park.

While looking inside, the curious lion nibbled on a wing mirror and rubbed its paws to the vehicle’s glass.

The curious predator started by nibbling on the wing mirror, its teeth constantly pressing around the plastic. When the lion notices the person inside, it presses its massive paws and nose against the glass, gazing intently inside. 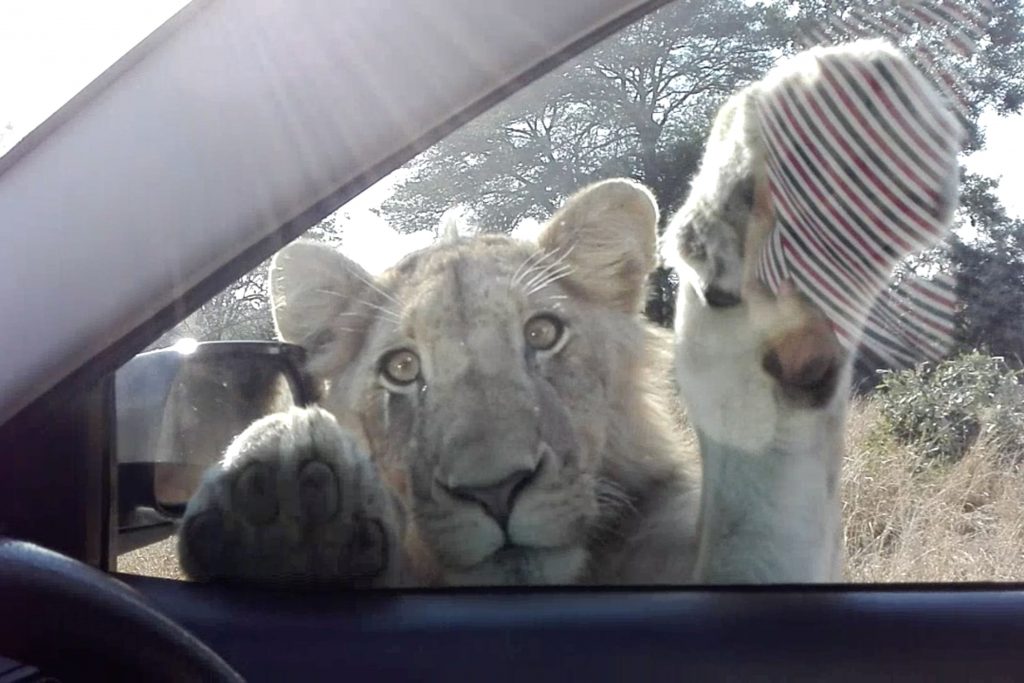 “I’ve been traveling to the park for 48 years and have never seen a lion without binoculars and a lot of imagination, but it’s never occurred like this.”

“At first, we were terrified and delighted, but we soon discovered that the lion was more curious and fun in his examination of a strange object.” 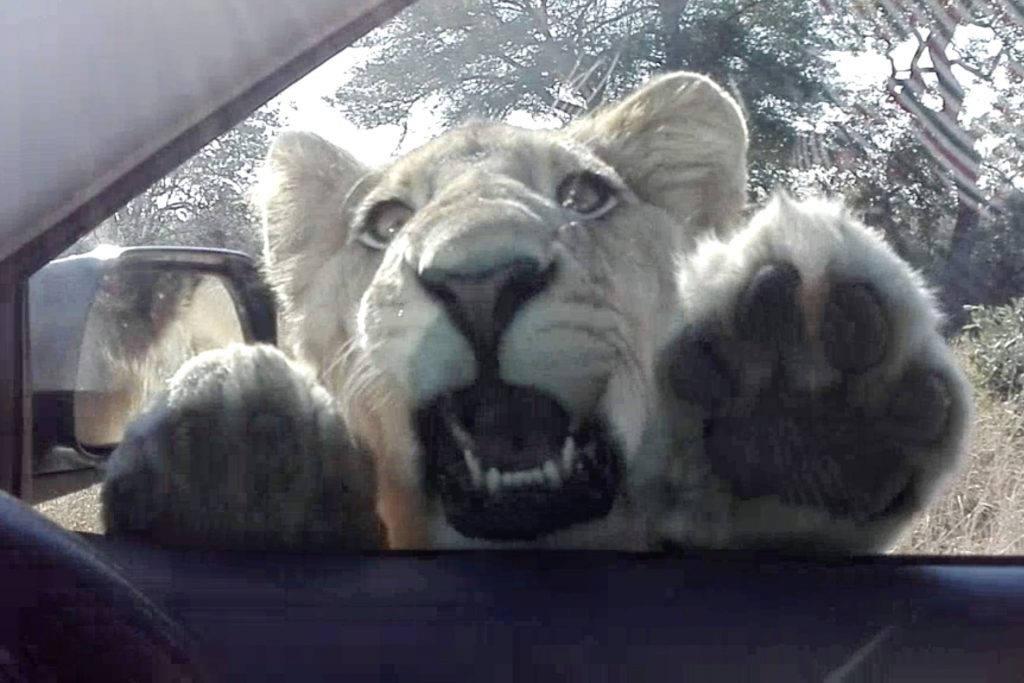 “He started nibbling on the tires with his sharp teeth, and I was worried that they might be damaged, so we decided to replace one.”

In Kruger Park, it is possible to drive with the windows down, and it is recommended since you may hear the noises of the forest. 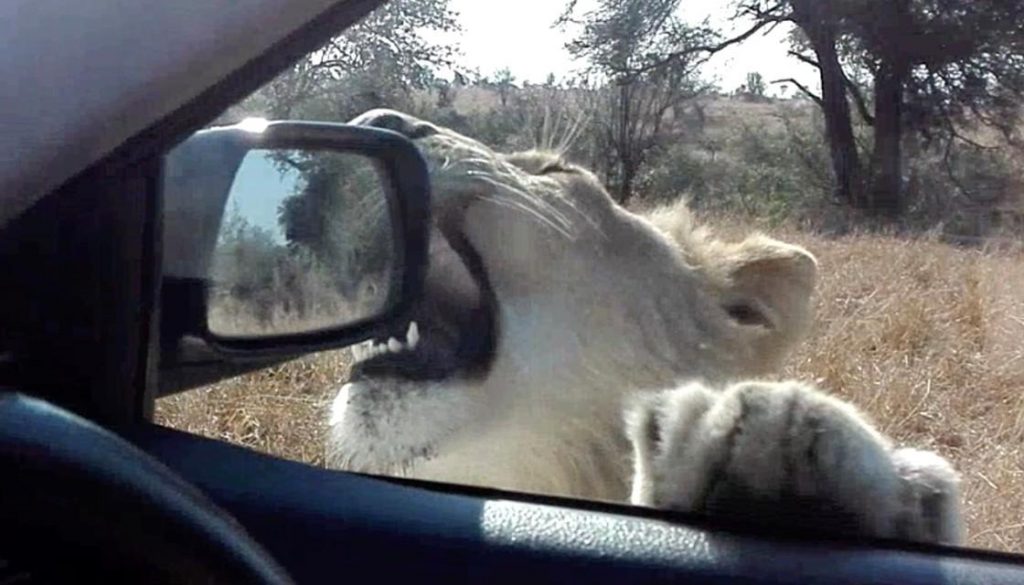 However, if you come across a lion sighting when the animals are practically on top of the road, you should keep your windows down.