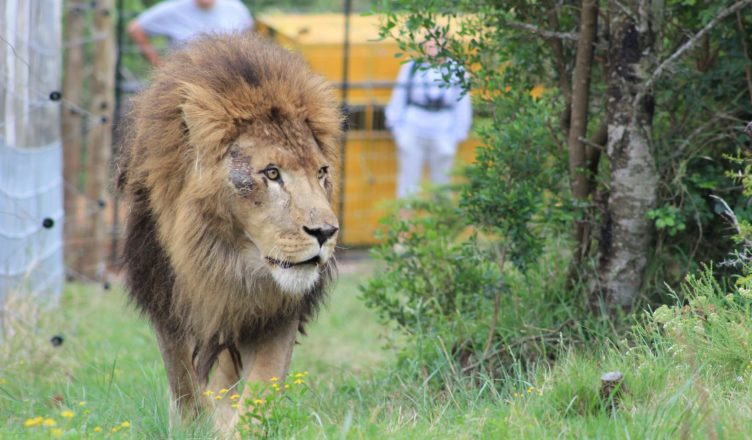 Ukraine has been embroiled in a terrible conflict since Russia invaded the nation in February. Over 15,000 civilians have been killed as a result of the violence.

The conflict has also been terrible for the animals of Ukraine. Pets have been separated from their owners, and zoo animals have been threatened by bombing from the air.

But, happily, individuals are risking their lives to rescue these creatures from the conflict zone and offer them a shot at life in a safer location. This just happened when 11 lions were taken out of Ukraine in the largest rescue of its kind from a war zone.

According to Metro, many animal rescue organizations and rescuers banded together to transport the lions out of war-torn Ukraine, ensuring their safety in other parts of the globe.

A pride of nine lions—seven adults and two pups—has been airlifted to Colorado’s Wild Animal Sanctuary. Another two are being moved to a South African reserve of 14,000 square meters.

The lions were said to be residing near the Ukrainian port of Odessa but were threatened by Russian bombs and missiles. Also, the owners were worried about how they would pay for the lion’s huge amounts of food.

The lions lived in makeshift kennels in Romania for a long time before they were put on a Boeing Dreamliner and flown to their final destination.

Warriors of Wildlife founder and director Lionel De Lange claims it took 30 sleepless hours to get the lions on board the aircraft. His companion, Reon Human, had his travel paperwork taken as well.

But the hard times were worth it because they were able to save an amazing animal in the end.

“There’s never been a single rescue of this many lions from a warzone, and we’re simply fortunate that we’ve gotten this far,” Lionel told Metro.

Pet owners and animal rescuers have faced considerable challenges in transferring these animals to safety in recent months. Even in peacetime, it’s hard to move a big animal like a lion, and rescuers have to deal with the dangers of bombing from above and the trouble of finding safe transportation.

The nine lions had to be moved 600 kilometers in four vans through the war-torn countries of Ukraine, Moldova, and Romania, with police going with them.

However, the effort was a success, and the lions are currently on their way to safety. Not only will the lions be secure from bombs and missiles, but they will also be in far finer surroundings; they will no longer be in zoos, but in sanctuaries where they will be able to live in their natural environment.

“We are incredibly grateful to all of the governments involved in processing the permission for the lions to travel; it’s incredible that we were able to get it all done in four months,” Lionel told Metro.

“We’re exhausted, but we’re overjoyed to have arrived at this moment.” The lions are below us in the cargo hold, and we’ll be traveling with them. ”

We are overjoyed that these magnificent lions have been rescued and removed from Ukraine. We are certain that they will love their new life in sanctuaries. Thank you to everyone who helped!