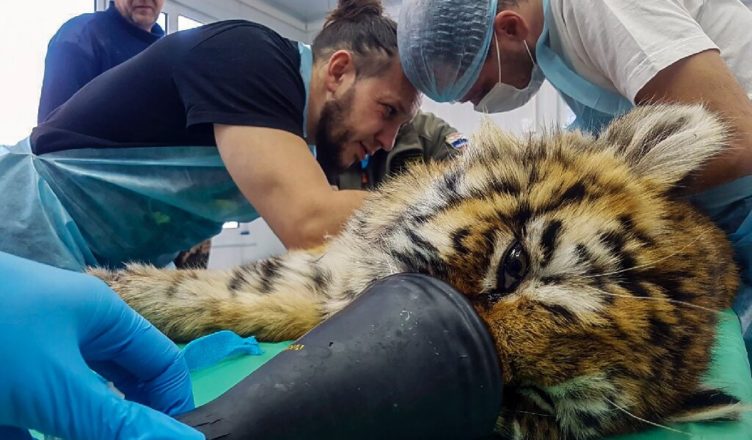 Russian wildlife rescuers announced that they were fighting for the life of an Amur tiger cub found in a bad condition in the country’s far east from dehydration and frostbite.

The fishermen alerted wildlife rescuers, who transported the cub to a rehabilitation facility, according to the Amur Tiger Centre.

“External inspection revealed she was terribly fatigued, as seen by the frostbite on the tip of her tail,” the center stated, adding that the cub’s lower jaw had also become necrotic following an injury. 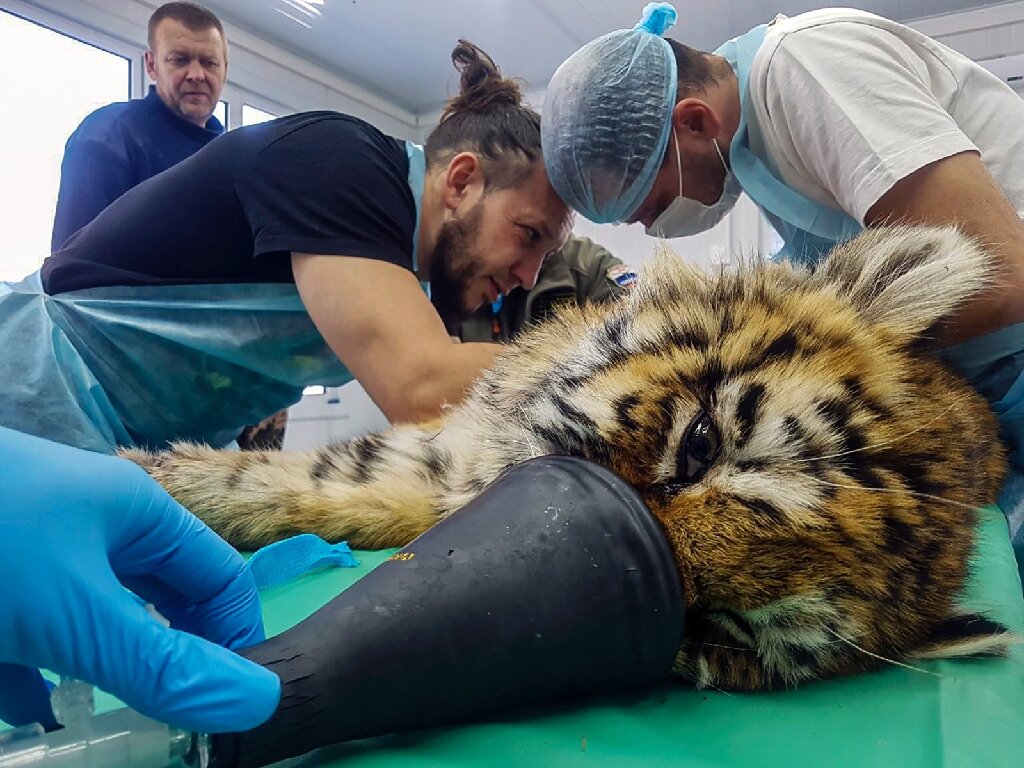 When she was discovered, the tiger weighed just approximately 20 kilogrammes,  roughly half the average weight—and underwent a tough rehabilitation program during which she gained about 10 kilogrammes in preparation for surgery. Her tail’s necrotic tip was likewise removed.

The cub underwent a 2.5-hour procedure late last week, during which specialists transplanted healthy tissue to reconstruct her jaw.

The surgery went well, but it’s too early to make any predictions about whether the cub will be able to return to the wild, according to the Amur Tiger Centre. 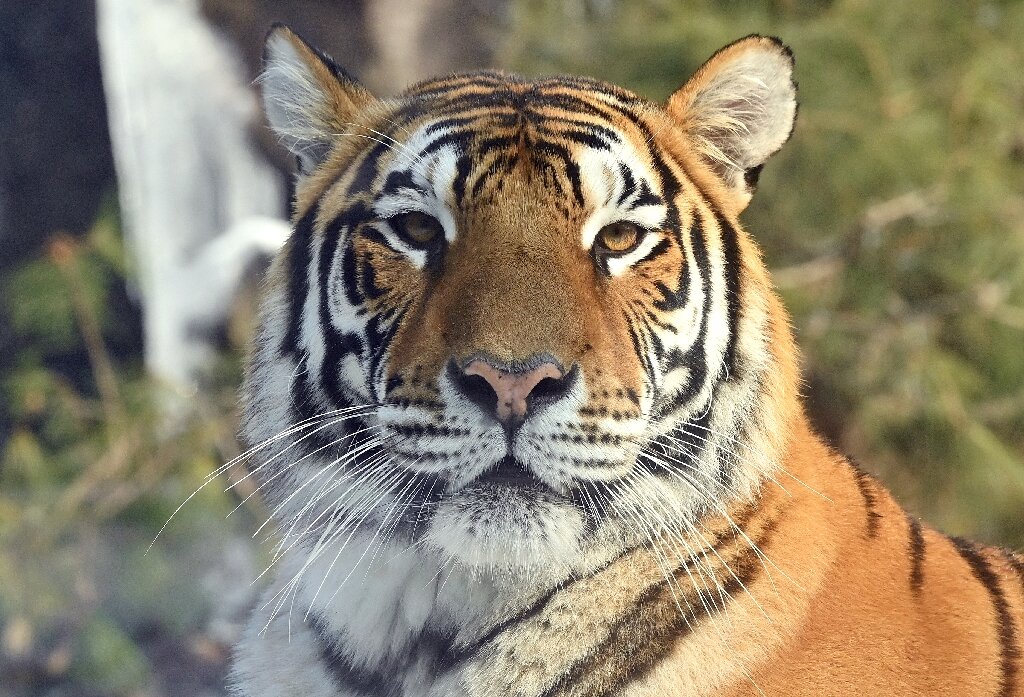 “Right now, the most essential thing is to stop the tissue necrosis and save the tiger’s life,” said the center’s director, Sergei Aramilev. “Everyone is doing their best.”

The huge cats, also known as Siberian tigers, live in Russia and China and are classified as “endangered” by the International Union for Conservation of Nature’s Red List.

According to Pyotr Osipov, head of the WWF’s Amur division, Russia has roughly 600 tigers. 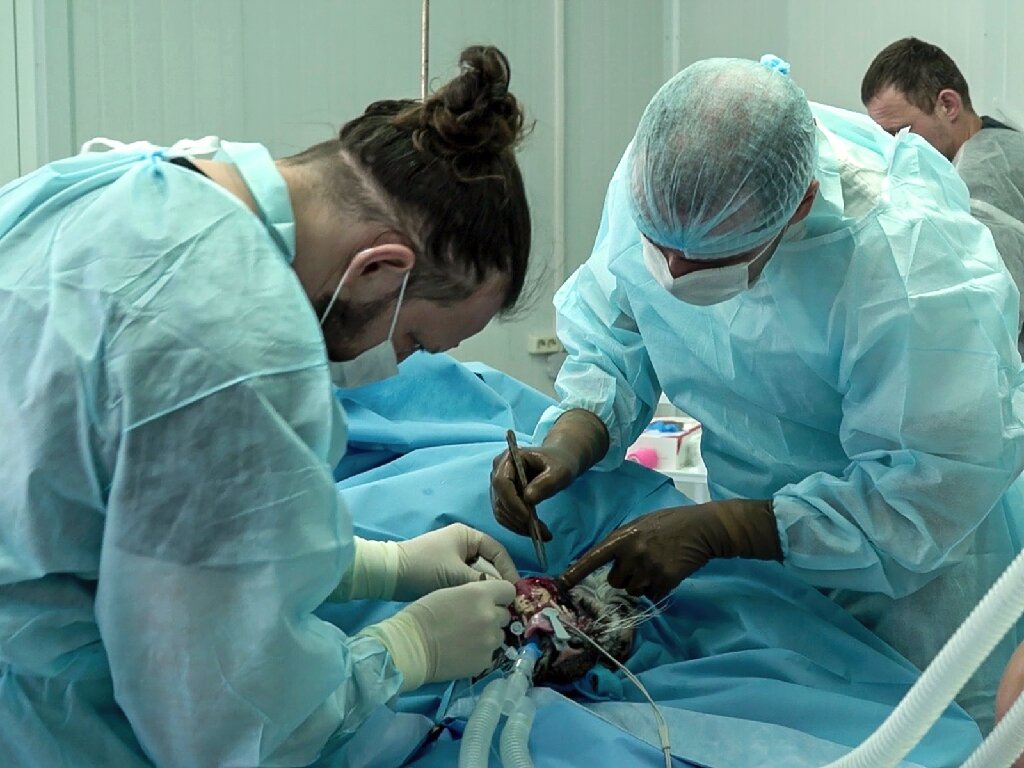 The conservation of the Amur tiger has been championed by President Vladimir Putin.

Putin, who was then the country’s prime leader, sponsored an unusual 13-state meeting in 2010 with the goal of increasing the population of the large cat.