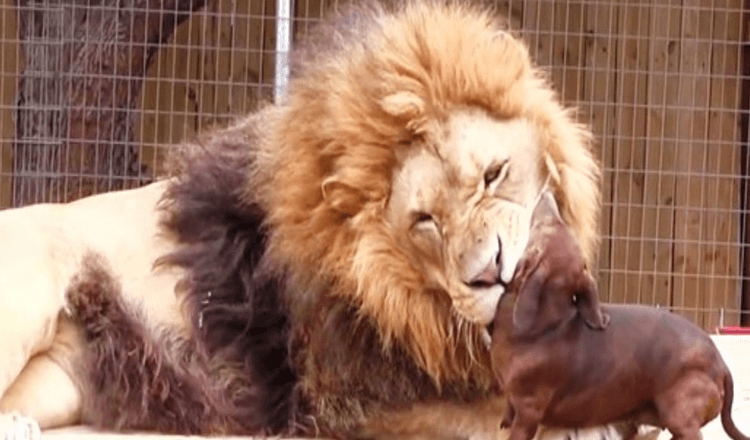 When Milo the Dachshund and his littermates first encountered Bonedigger the lion, they were little puppies. Bonedigger was only a 4-week-old cub when the doggy siblings decided to play with him since he looked like an overgrown puppy. 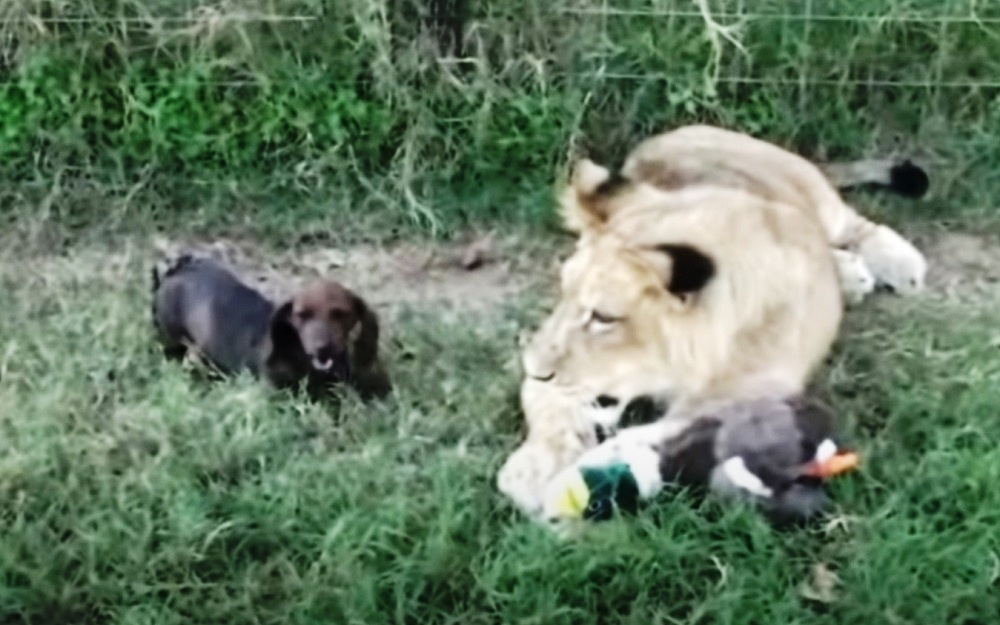 Bonedigger had been severely crippled, and the puppies soon noticed it (due to a metabolic bone disease). They sympathized with him and made him feel protected at all times. Milo, on the other hand, went out of his way to defend his lion friend.

Milo and Bonedigger grew to be the best of friends as the years passed. They shared a home at the Garold Wayne Exotic Animal Park in Wynnewood, Oklahoma, where they were surrounded by dedicated caregivers who catered to their every need. 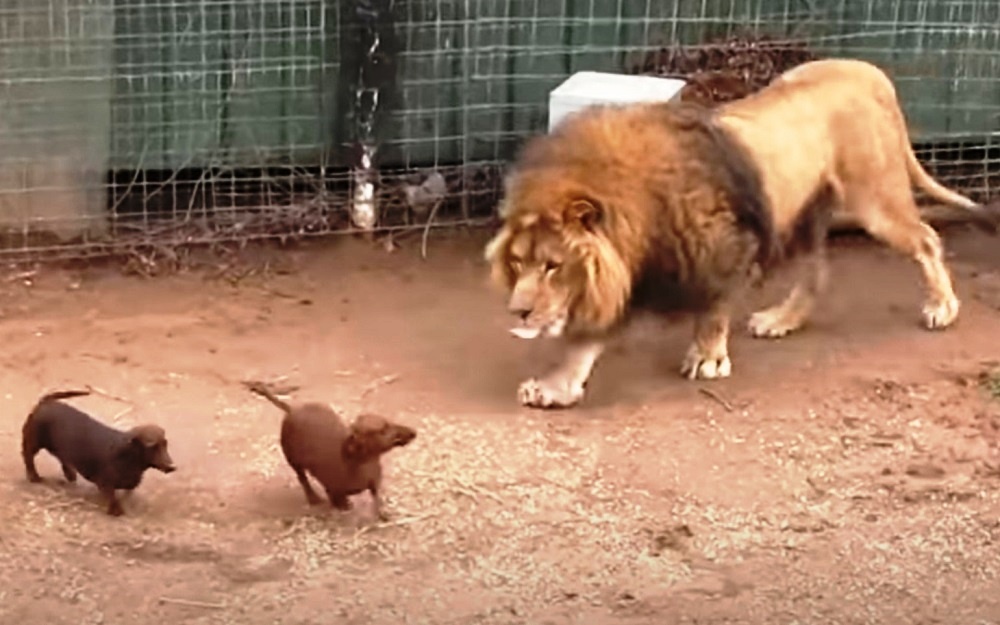 Many observers were concerned about Milo and his siblings’ safety over time. Bonedigger’s predatory instincts would eventually kick in, and he would try to injure the small dogs, they believed. 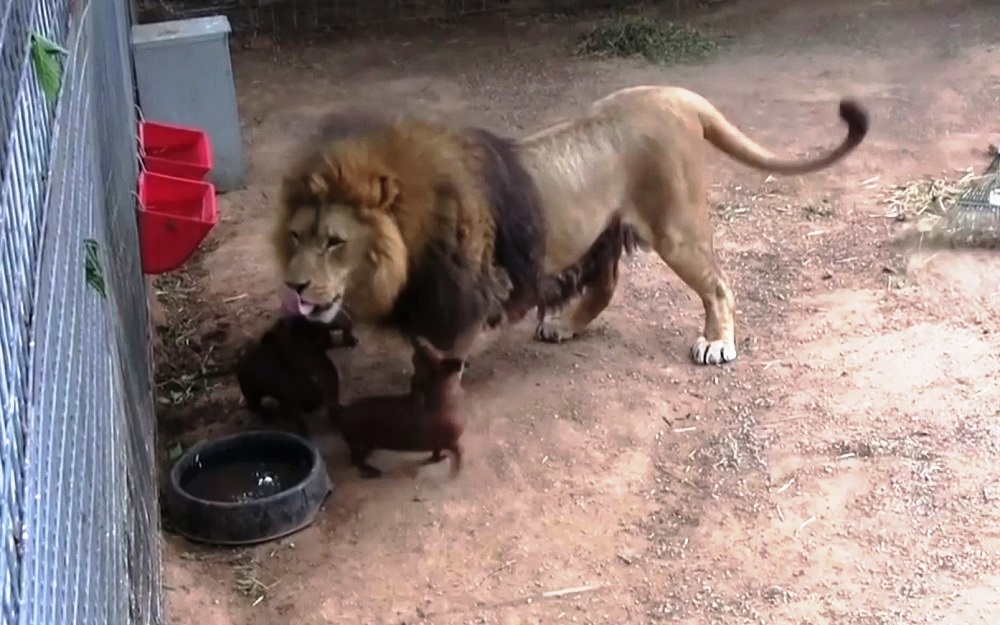 Bonedigger, on the other hand, defied all expectations and shown that he will always be a pleasant presence for the Dachshund family. These days, it’s common to witness a mixed family eating, snuggling, or playing together. Bonedigger is content to let his canine companions lay on top of him anytime they choose. Milo, on the other hand, enjoys pretending to be the lion’s personal dentist and giving him “kisses” while checking his teeth! 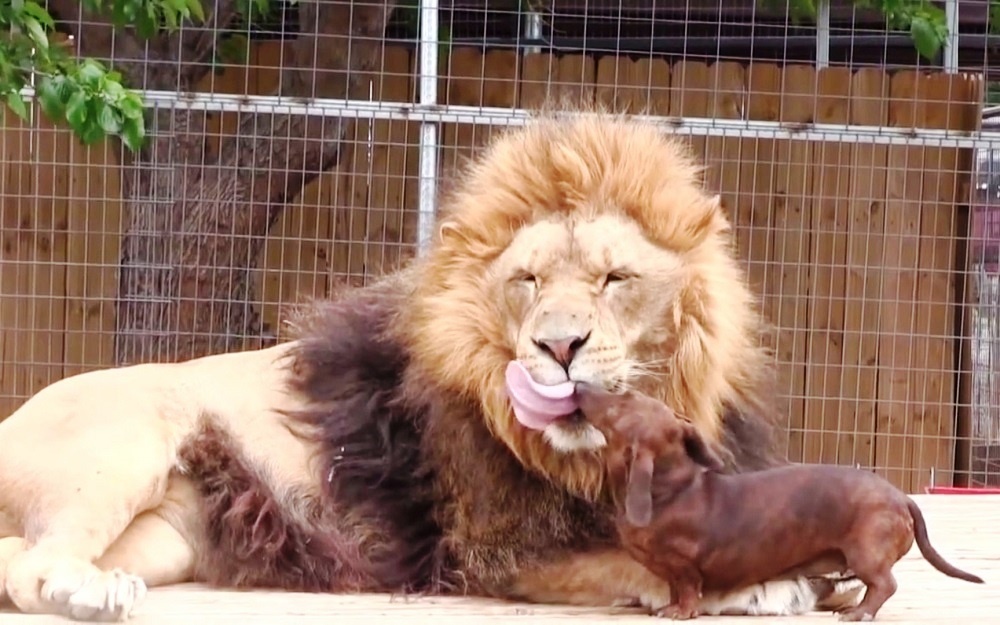 Bonedigger gets upset, according to the sanctuary staff, if any of his Dachshunds go missing from his yard. Bonedigger, now that he is older and stronger, adores and defends the tiny canine family from all harm. This uncommon bond demonstrates that the animal kingdom is full with the purest of hearts!