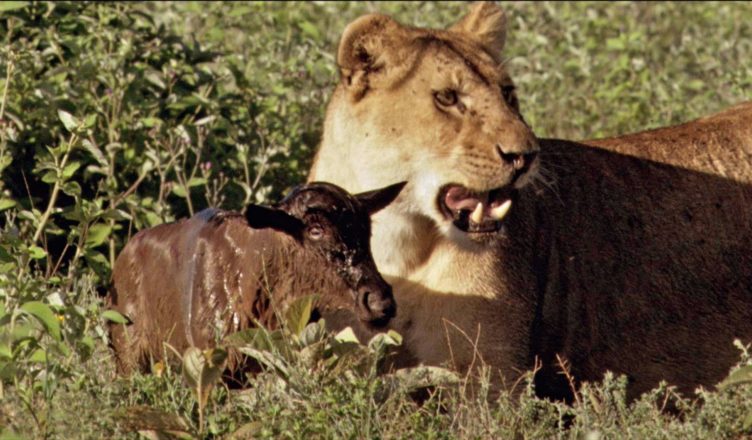 The infant Wildebeest is directly in front of the Lioness. The Lioness is rubbing it with her mouth and head, but nothing else has occurred.

The infant Wildebeest, on the other hand, is too young to realize that she is in danger. It’s trying to come as close to her as possible, almost as if it’s trying to acquire milk. The Lioness looks to be as gentle with her cubs as she would with her own.

Lionesses are known to frequently play with their prey before ki.l.l.i.n.g him. But this was not the case at all.

Some hyenas are nearby, but they are afraid to attack because of the Lioness. She is actually providing motherly care to the infant Wildebeest and has rescued it from the Hyenas. (For 8 hours, the newborn Wildebeest and the Lioness were together.) The Lioness eventually finds other Wildebeest, which appear to be prey, and she moves towards them. 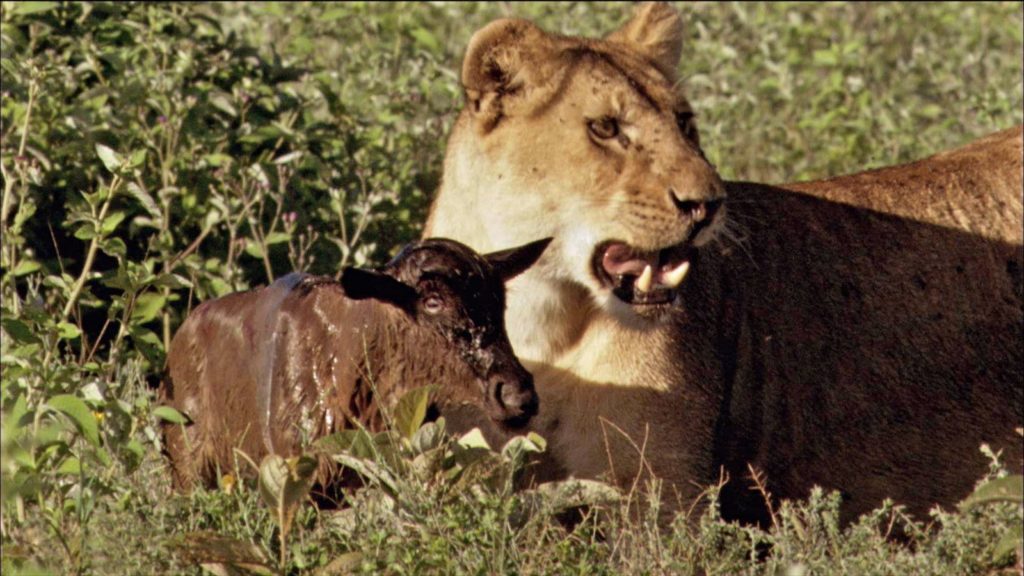 The baby Wildebeest is named Survivor by the narrator, and Survivor is a baby girl. The mother and baby are reunited 24 hours later, which is incredible. Survivor is currently receiving its first milk feed.