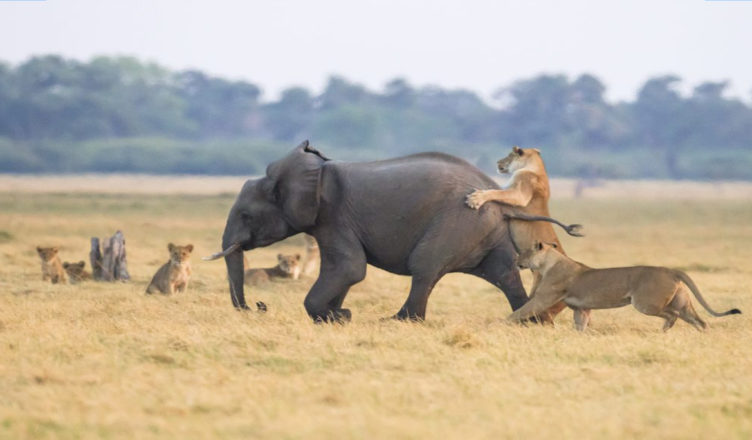 A lion and elephants involved in a spectacular showdown that was recorded on video.

British photographer James Gifford followed a lion pride in Botswana’s Chobe National Park, where he saw one of the lionesses leap onto the back of a juvenile elephant. 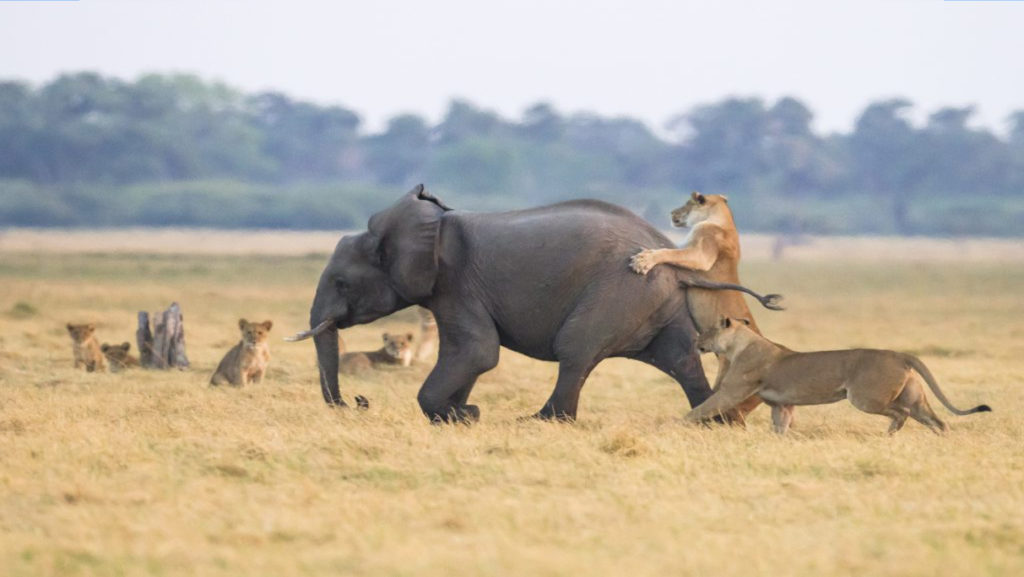 The lioness, however, was not powerful enough to take down the calf on her alone, and just after minutes elephant herd came and surrounded him.

“For a while, I’ve been monitoring them in the hopes of capturing them hunting,” James explained.

“The lions crouched low when they noticed the elephants approaching, but I was still amazed that the herd did not change direction.” 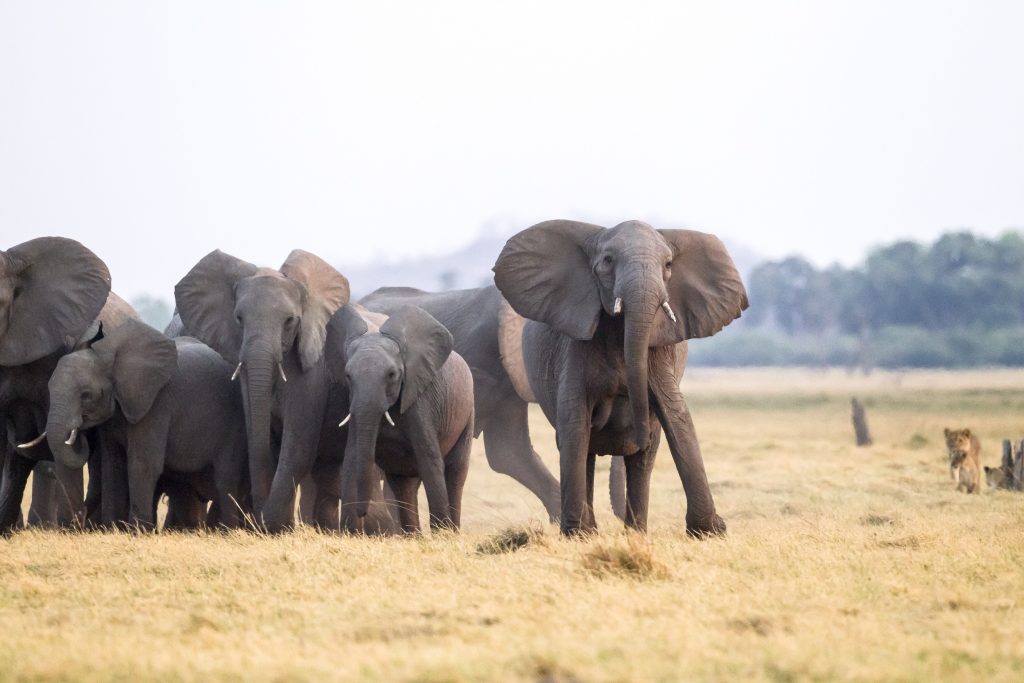 “Despite their security issues, the elephants did not appear to recognize the lions, or if they did, they did not view them as a danger.”

“Pride wouldn’t have a chance against the herd, so a couple lionesses wait until the adults have passed before pursuing a juvenile.

“The miserable baby was terrified  but despite one of the lionesses successfully jumping on its back, she couldn’t get rid of him by herself. 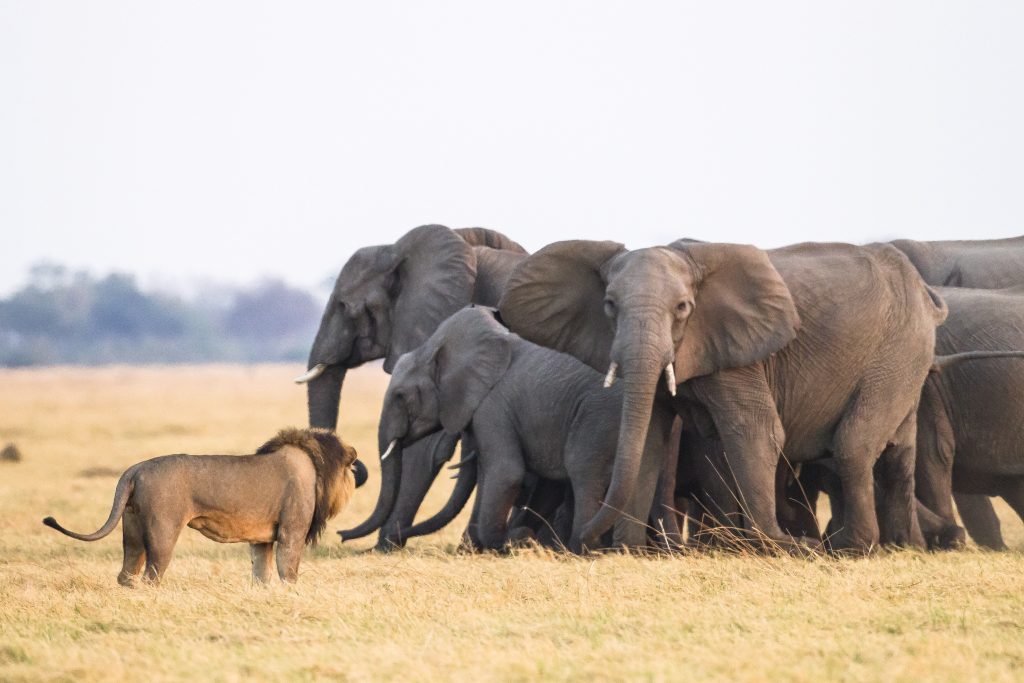 “It was critical that a second female arrived to assist only 10 seconds later, before it wouldn’t be too late.

“The babies ran to the safety, and the lionesses left the hunt when she was within around 20 meters of the adult elephants, knowing that if they came too close, they would experience severe damage.”