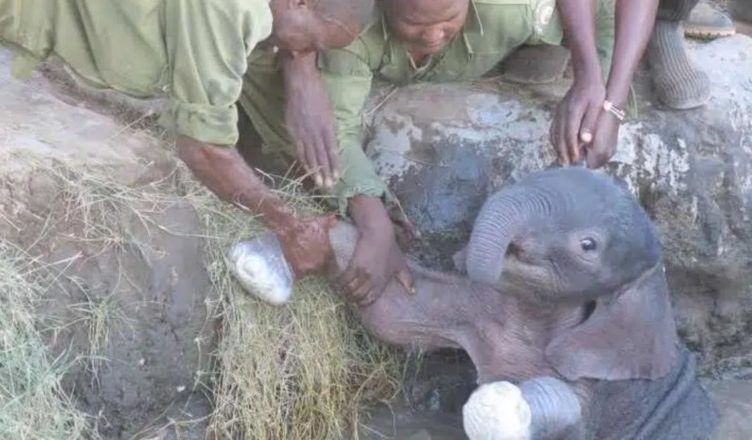 Last month, while traveling across the grasslands of Kenya’s Amboseli National Park, park officials heard a loud trumpet-like scream resonating throughout the region, indicating there was someone in danger.

They immediately discovered the source of the scream when they pursued it. A newborn elephant became trapped within a water hole, and his mother was unable to rescue him on her own.

With just minutes till midnight, rangers attempted to retrieve the calf on their own while waiting for David Sheldrick Wildlife Trust (DSWT) rescuers to come. “They arrived to help the calf and his panicked mother” DSWT stated. “Before going to guard, she chased them away.”

Luckily, the mother had left by the time DSWT rescuers got on the site, giving them the opportunity to safely remove the kid. 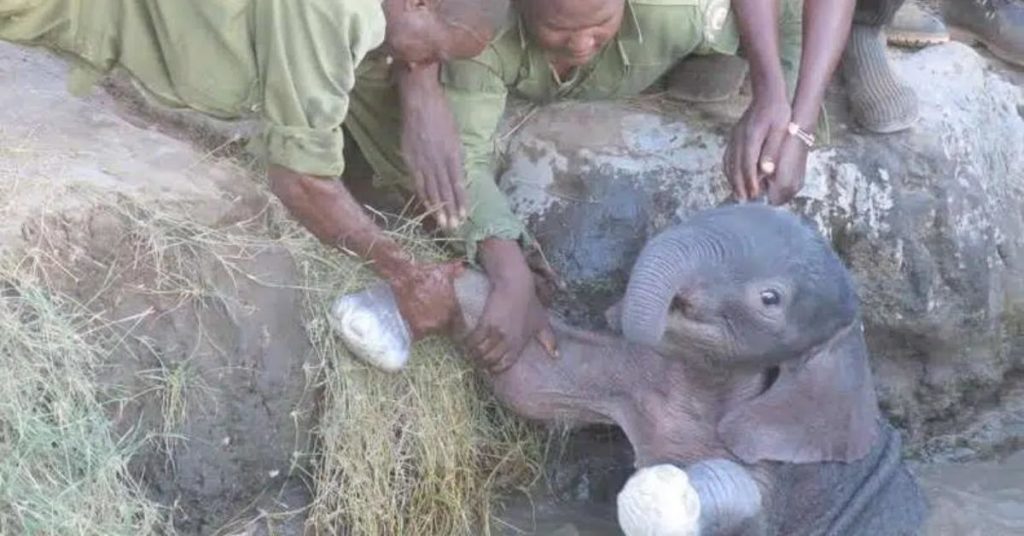 Rescuers rushed in to help him get out of the water. Five men were needed to take the infants out, with 2 more standing by in case the worried mom attempted to chase them away again.

No one knows how much time the calf was locked there, but he didn’t seem very tired after the incident. He awoke quickly, and rescuers placed him in a hospital to search for his mother. “Fortunately, she was located less than a kilometer distant, trying to scent her calf with her trunk emerging above the trees,” DSWT stated. “She rapidly began heading towards the truck at [high] speed, at which point the crew came to a remote location and unloaded their valuable cargo, who blasted another loud trumpet.” The ecstatic mother was ready to wave farewell to the rescuers after finally seeing her kid safe. The mom came to her calf’s side and fled after the rescuers made a last-ditch effort.

Because many of the calves DSWT discovered alone were orphaned , their reunion is undoubtedly reason for joy. “These kinds of reunions are the finest stories,” the rescuers added. “It’s always a tremendous thrill when things go as planned, and thankfully, the mother boldly immediately turned just when she believed all hope was lost on this day.”