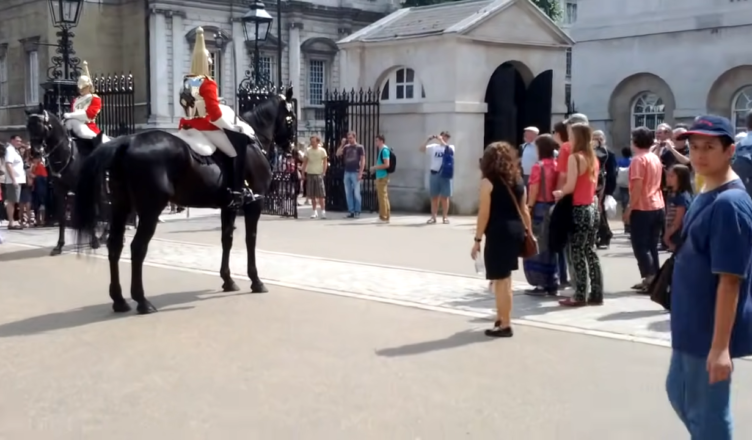 The changing of the Queen’s Life Guard at Horse Guards Plaza is a less well-known ceremony than the change at Buckingham Palace, but it is a more private occasion with no boundaries between the guards and the people.

The Queen’s Life Guard is a senior regiment of the British Army that has been stationed at Horse Guards—the ceremonial entrance to St. James’s Palace and Buckingham Palace—since the mid-1600s.

Two mounted troops are on patrol and are rotated every hour. The changeover ritual at 4 p.m., known as the Dismounting Ceremony or Four o’ Clock Parade, swaps mounted guards for foot guards till the following morning. It also involves an examination by an officer, due to an occurrence in 1894. 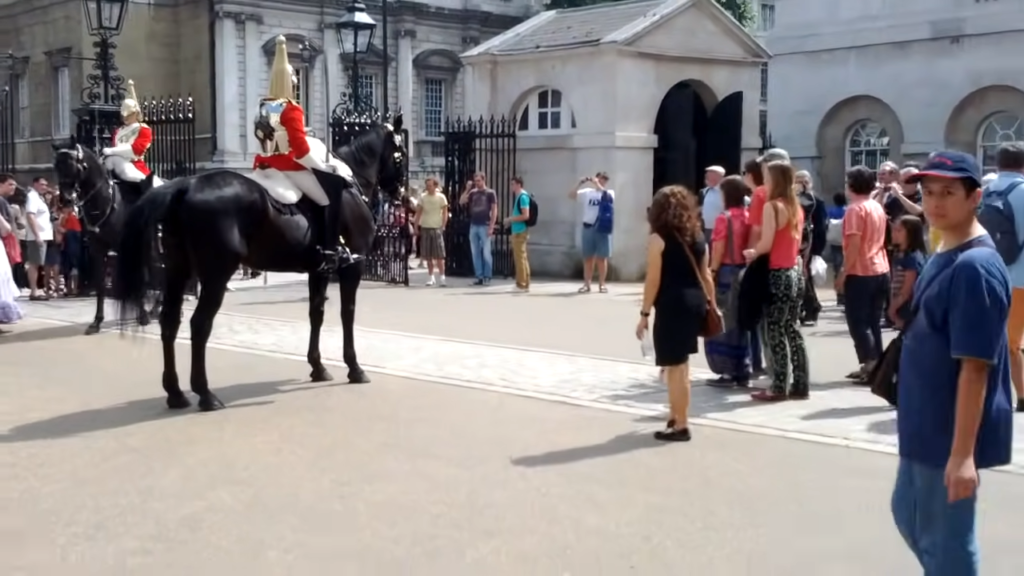 One day, Queen Victoria allegedly saw the whole guard drinking, gambling, and ignoring their duty. According to Guided Walks in London, the Queen requested a daily inspection for one 100 years as penance; the time span has passed, but the ceremony continues for the sake of tradition.

Typically, the Dismounting Ceremony goes through without a hitch—after all, they are highly skilled warriors—but a video posted to YouTube in August 2013 shows that dealing with animals always results in unpredictable situations, even for the most professional troops.

As the mounted guardsmen form a line in front of the inspecting officer, one of the horses tosses his head and seems disturbed. Shortly after the rider gets off, the horse rears up and falls over backwards, making people gasp in fear.

The horse immediately rises up and looks unharmed as it is taken away by troops wearing both contemporary and traditional clothes.