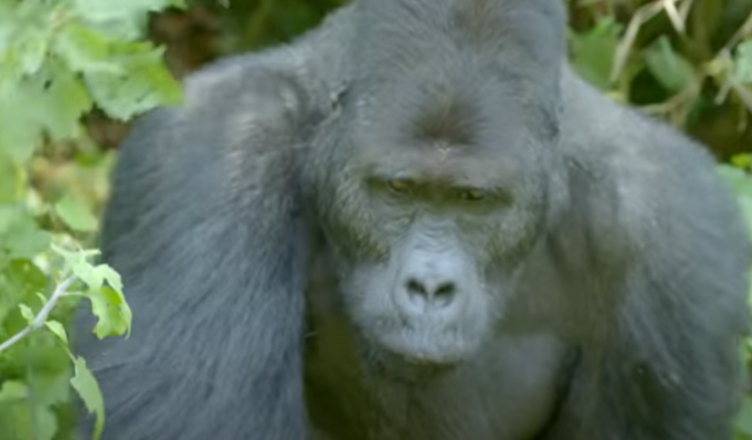 Chimanuka, an alpha male gorilla, was tasked with safely transporting his family and troop across a road that runs through the natural park where he lives. 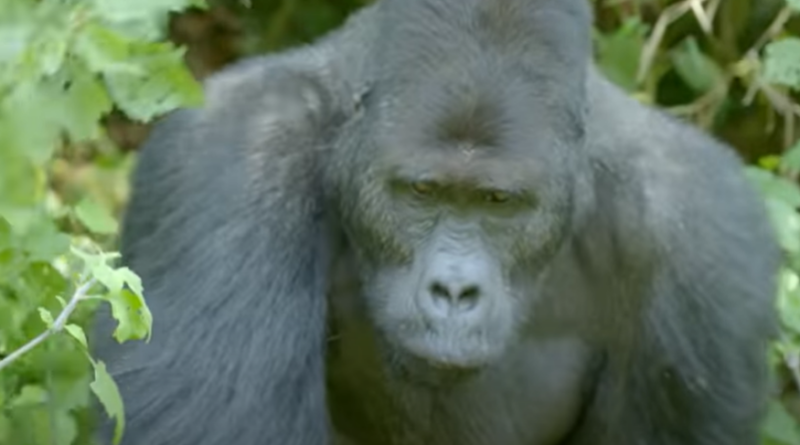 Chimanuka is the silverback leader of a troop of around 36 gorillas in the Democratic Republic of the Congo’s Kahuzi-Biega National Park.

These gorillas are known as the Eastern Lowland or Grauer’s Gorilla, which is the largest gorilla subspecies. 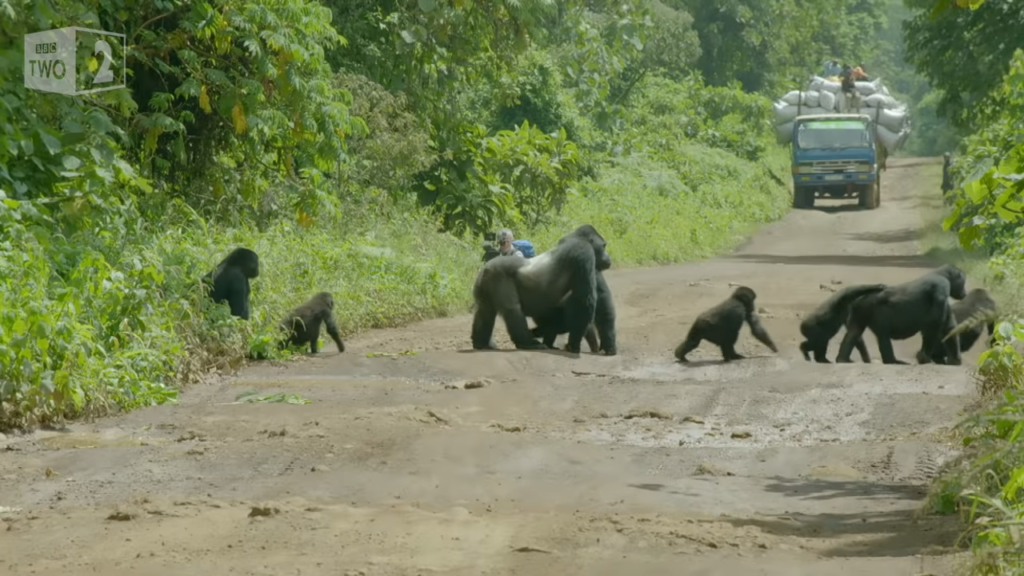 Chimanuka was the first gorilla discovered (about 2002) after civil upheaval in the area; his name means “good fortune precisely when you need it.” He has a peaceful demeanor and is kind to the park rangers, visitors, and scientists that visit the region.

He’s also been noted to be incredibly loving with his young progeny, and you can see from the video below how watchful and protective he is of them and each other’s young.