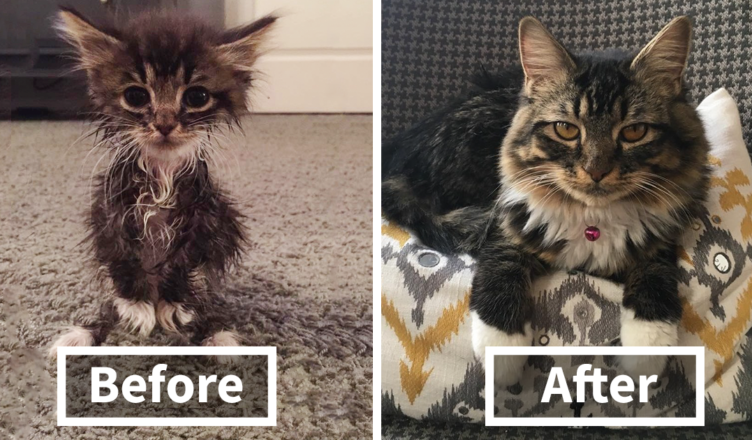 Meet Little Roo Russ, a cat who resembles a kangaroo.

Something wasn’t quite right when the cat and her two siblings arrived at the shelter in late April 2016. “She was considerably smaller than her siblings and the staff at the shelter noticed she was walking weird,” Marnie Russ told Love Meow.They discovered Roo was born without elbow joints after x-raying her. Marnie, who specialized in special needs care, brought the cat home with her and quickly fell in love with her! 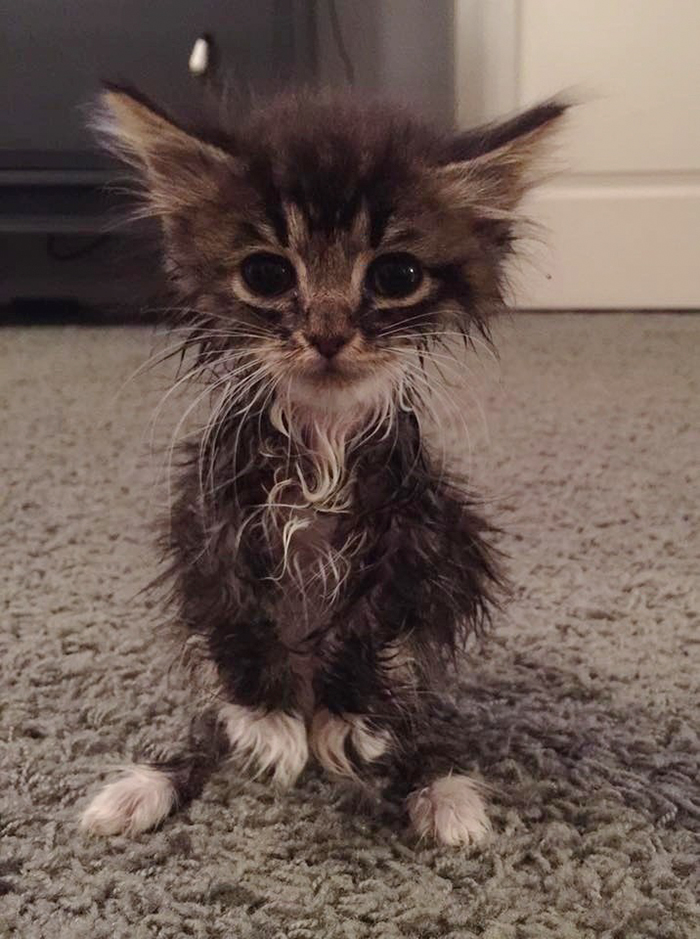 Little Roo is still as cheerful and fluffy as ever, eight months later, and she’s not letting anyone stop her! “She’s learned to walk on her front legs like a regular kitten,” Marnie explained. “If you didn’t know her story, you wouldn’t believe anything was wrong with her, except she’s shorter in the front when she walks.” What’s the best part? “She was successful in raising thousands of dollars for the National Kitten Coalition, which assisted in her rescue,” Marnie added. “She doesn’t even realize how good she is at giving back!”

When Little Roo Russ arrived to the shelter, they immediately recognized something wasn’t quite right. 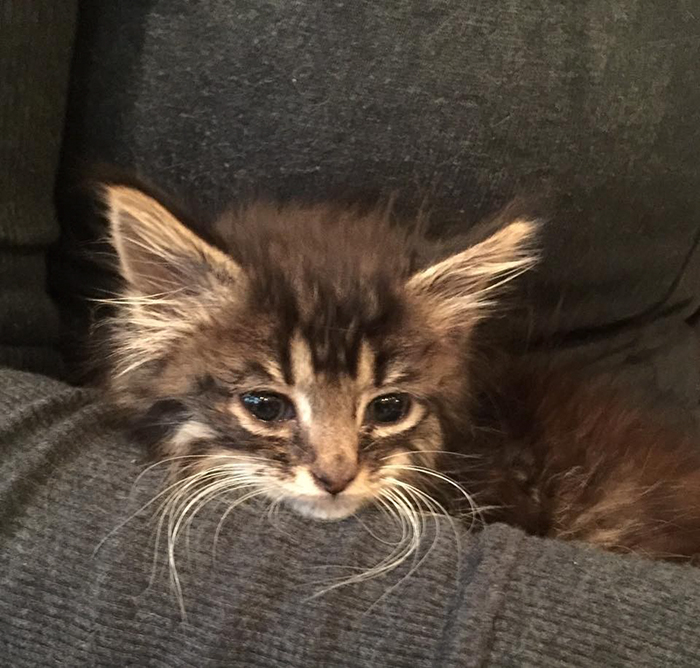 “She was much smaller than her siblings, and the shelter workers noticed she was walking strangely,” Marnie Russ explained.
They discovered Roo was born without elbow joints after x-raying her. 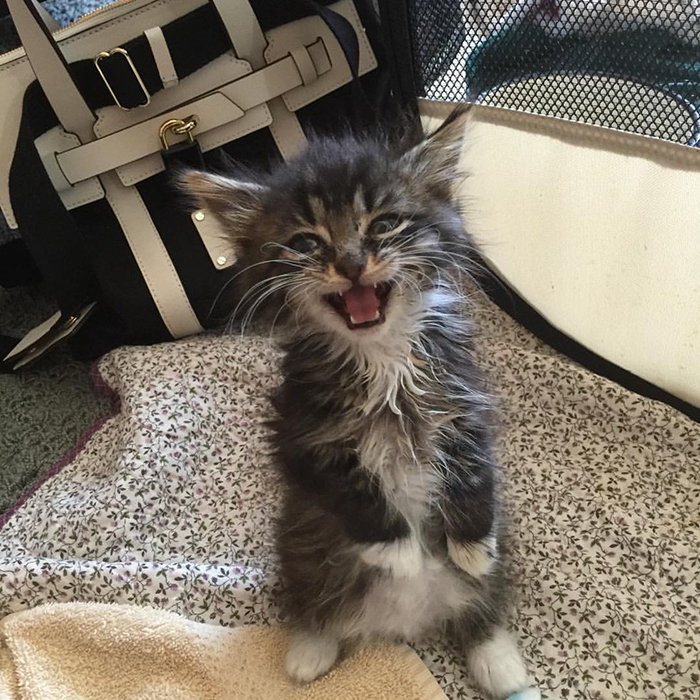 Marnie chose to care for the cat at home, and she quickly became attached to her.
Little Roo is still as cheerful and fluffy as ever, 8 months later, and she’s not letting anybody stop her. 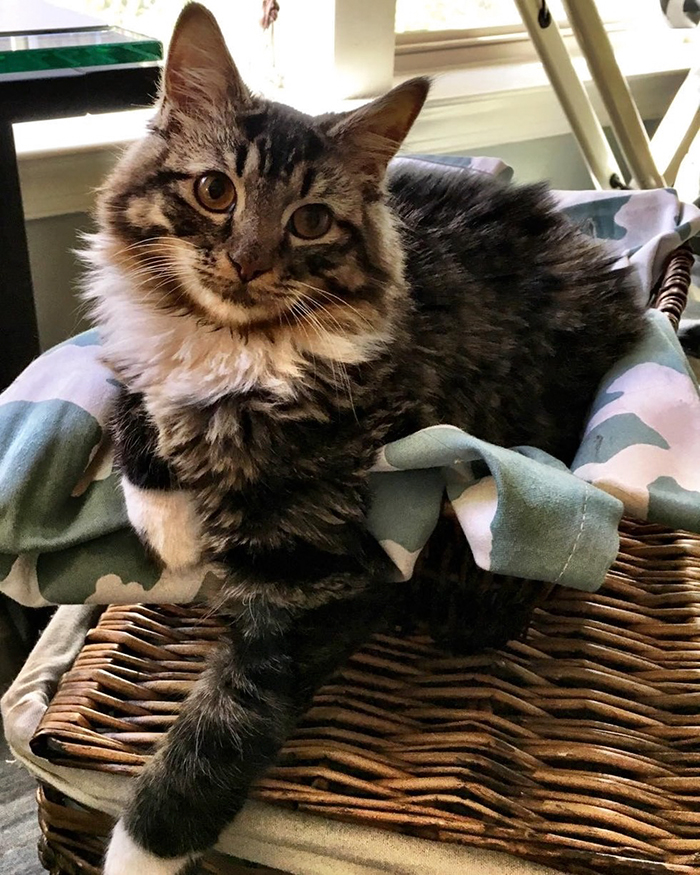 The best part? “She has been successful in helping raise thousands of dollars for the organization that helped save her, the National Kitten Coalition”. 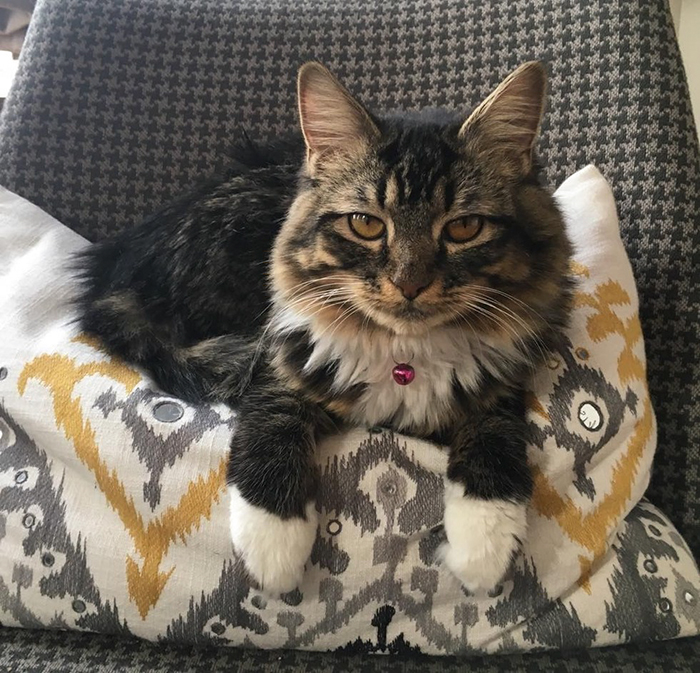 “She is so great at giving back and she doesn’t even know it!”