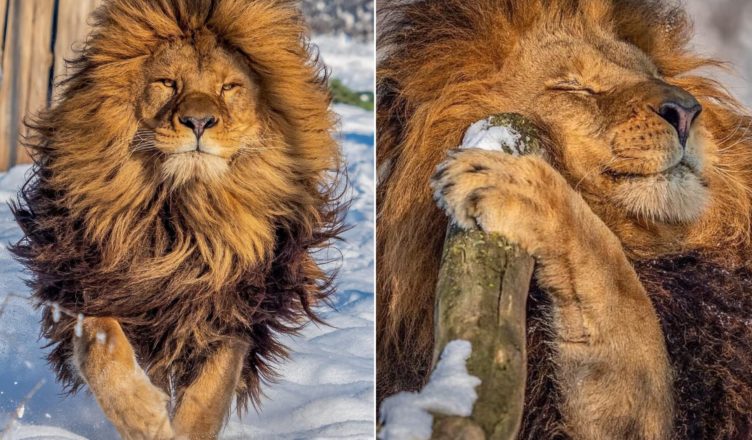 In images taken at Zoopark Na Hrádeku in Czech Republic, a gorgeous lion named Tom appeared to be just out of the salon.

The five-year-old huge feline stood in the white snow, laid out next to some branches and embracing a tree stump.
Robert Grim, a 51-year-old amateur photographer from Prague, took the magnificent photos of the lion.

When a lion was seen walking out in the shining snow, his gorgeous mane flowing in the wind, he gave new meaning to the term “catwalk.”
Tom, a five-year-old beautiful feline, stood wide-eyed, his locks unkempt, and lay out next to some pine trees.

As the king of the jungle – or, in this instance, the Zoopark Na Hrádeku in Czech Republic – walked around, he snuggled up to a tree stump, golden fur catching the light. 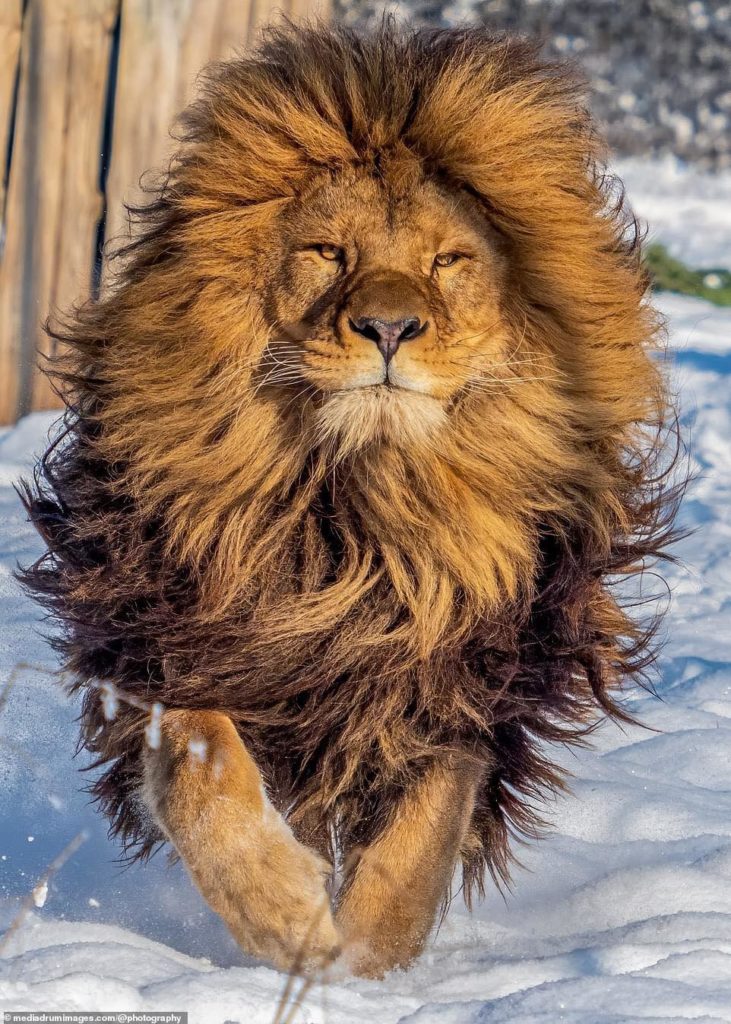 At Zoopark Na Hrádeku in Czech Republic, the gorgeous feline, named Tom, five, appeared like he had just come out of the salon as his beautiful mane blew in the breeze.
The lion,  was photographed as he stood wide-eyed, his hair tousled, and lay down next to some pine trees amid the gleaming snow.

He described the creature as looking like he had just come out of a salon after being rescued from illegal activities and now being able to wander about in a ‘vast environment’ at the zoo.

‘The lion’s name is Tom, and he looks like he just left the barbershop,’ Mr Grim added. 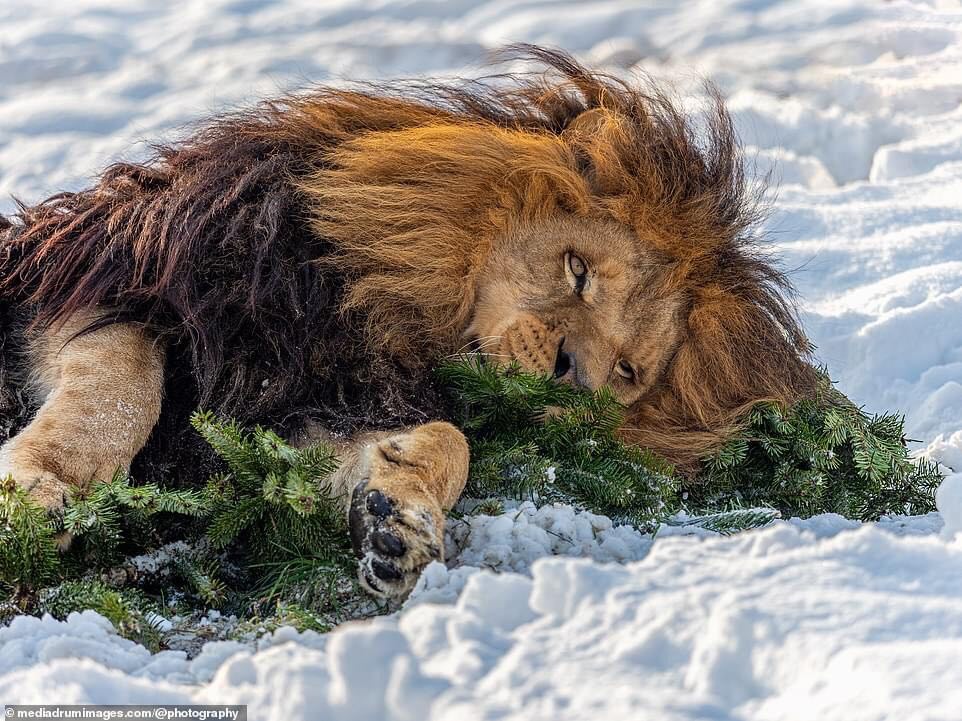 ‘Tom and his brother Leo were rescued from a dangerous and illegal living situation. They have a lot of room in this park and are doing pretty well.

‘In May 2022, this lion will celebrate his 6th birthday with his brother.’

As the king of the jungle – or, in this instance, the Zoopark Na Hrádeku – walked around, he snuggled up to a tree stump, golden fur catching the light. 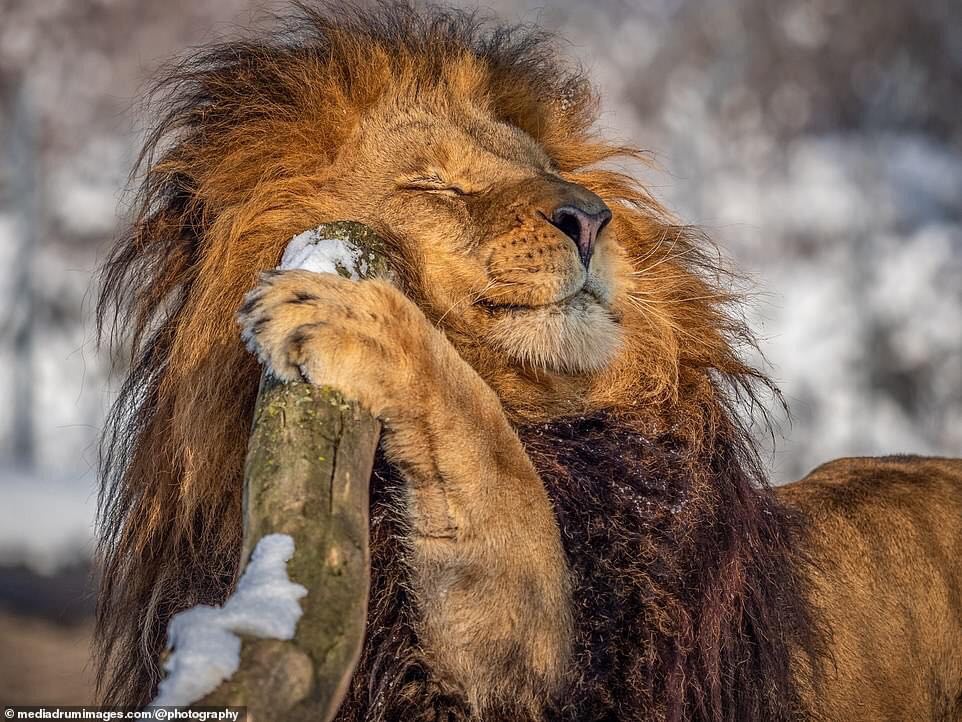 The lions are frequently featured on the zoo’s social media pages. On August 10, 2020, for World Lion Day, Zoopark Na Hrádeku gave Tom and Leo toys with meat hidden within.

Zoopark Na Hrádeku boasts on its website that it engages in conservation programs and collaborates with zoos all around Europe.

It adds: ‘We participate in conservation projects. We try to educate the general public on nature conservation issues, for example through guided tours. We are also involved in legislative changes that concern animal protection.’