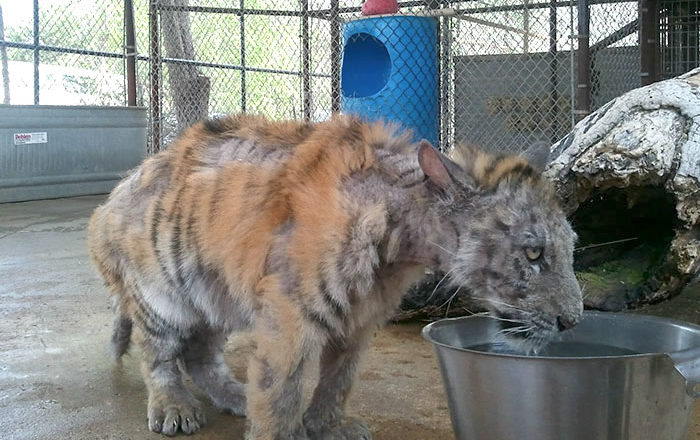 Aasha, 9 months old  Bengal tiger cub, weighed just 30 pounds, which is usual for a 3-month-old cub. The poor tiger was a traveling circus performer who was not only t.o.r.t.u.r.e.d  but also p.r.e.y.e.d upon by a much larger tiger.

Vicky Keahey, the founder of the In-Sync Exotics Wildlife Rescue and Educational Center in Texas, rescued her and placed her in her care in 2011.
“Aasha’s bald patches covered nearly her whole body, and her skin was dry, broken, darkening.” said Keahey. 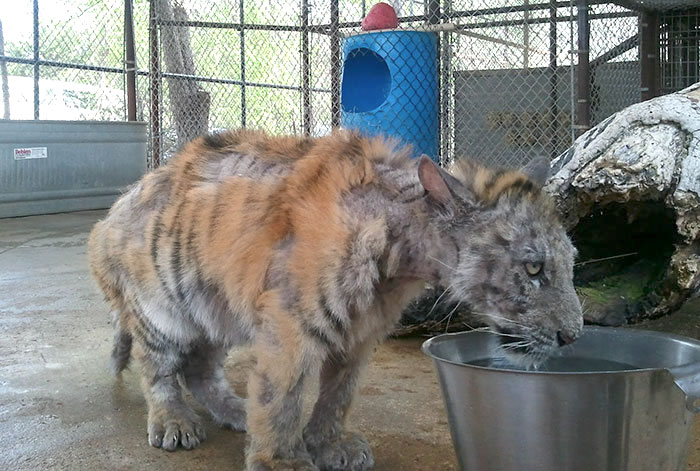 The boy was sick with ringworm and had open sores. “I would go in twice a day to give Aasha her meds and spend time with her.” She’d also give her medicinal baths, which she loathed so much that Keahey had to chase her. 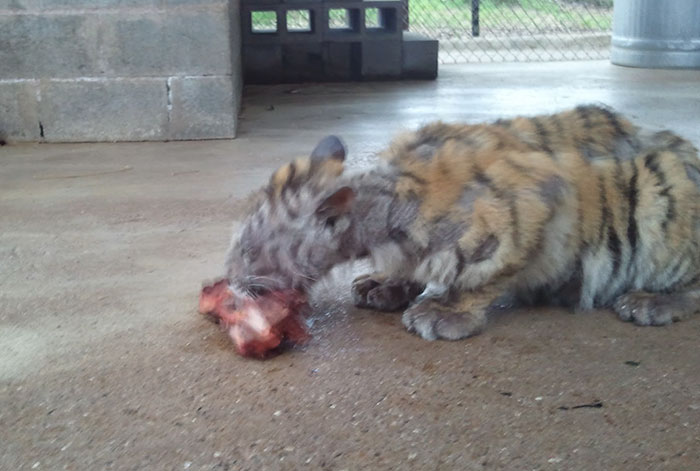 Keahey’s efforts, on the other hand, were rewarded. After 8 weeks of therapy, Aasha’s fur began to grow back, and she began to love swimming! “Within eight months, she had the appearance of a true tiger.” 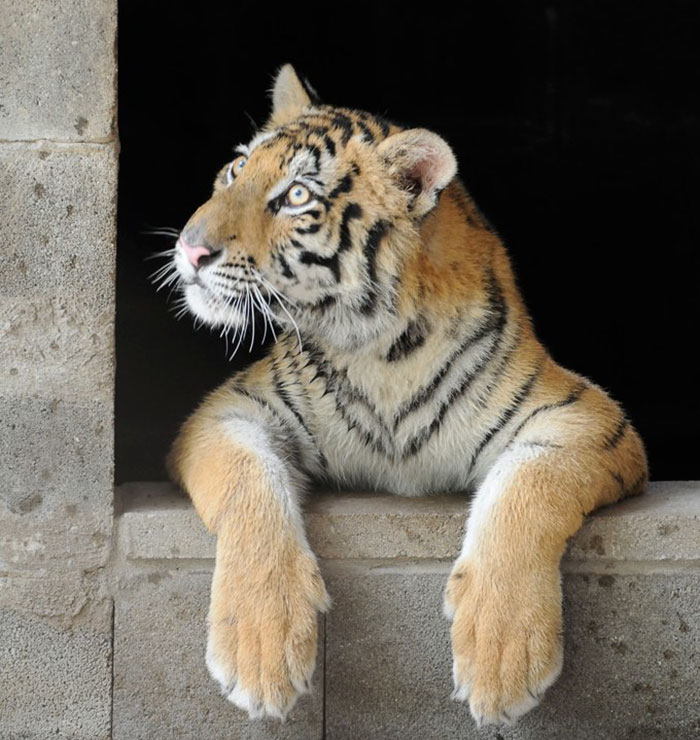 Smuggler, a larger tiger, “went crazy for her and was always showing off for her.” according to Aasha. Aasha is currently a happy and healthy tigress who shares an enclosure with her sibling.

Despite the fact that she should have weighed approximately 120 pounds, this 9-month-old tiger was so sick that she barely weighed 30 pounds. 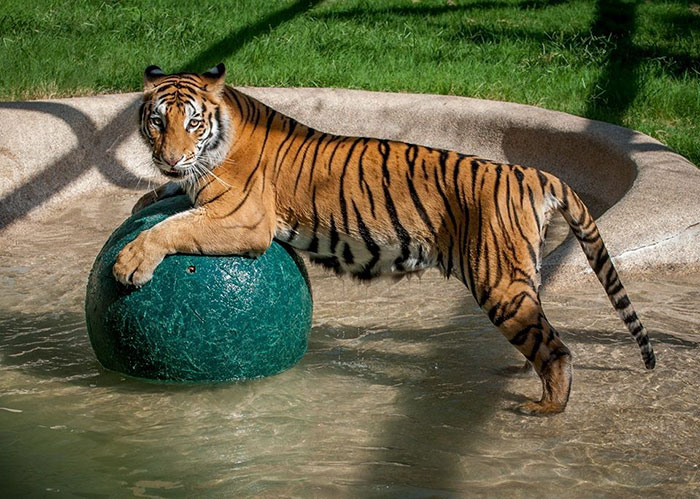 When she was rescued from the circus, she had “bald places covering practically her whole body and her skin was dry cracked, darker spots .” 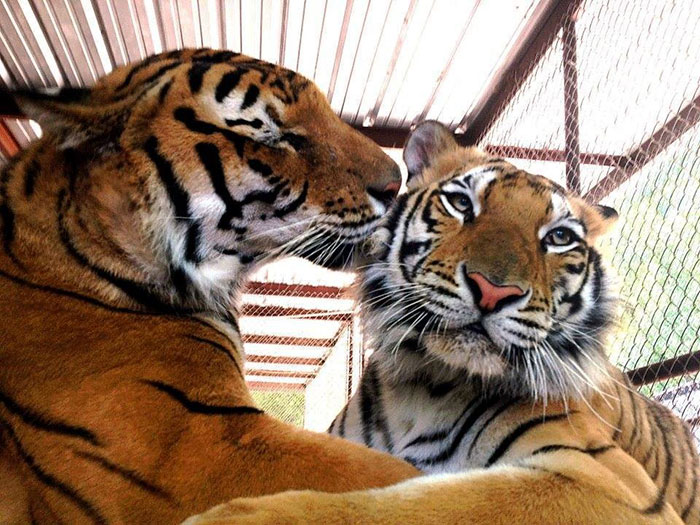 Keahey recalled, “Every day, twice a day, I would go in and give Aasha meds and spend time with her.” 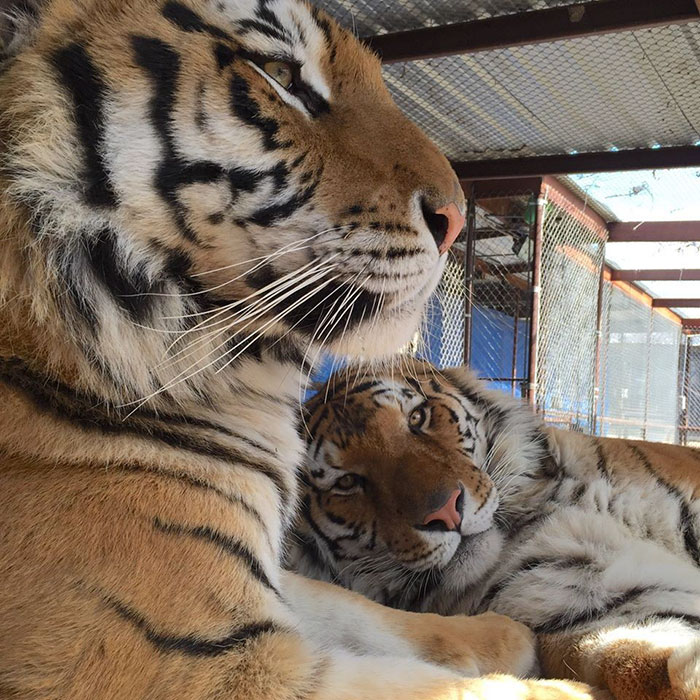 Keahey would have to pursue Aasha at first in order to get her into medicated baths… The cub, on the other hand, rapidly warmed up to them, and her condition improved greatly! 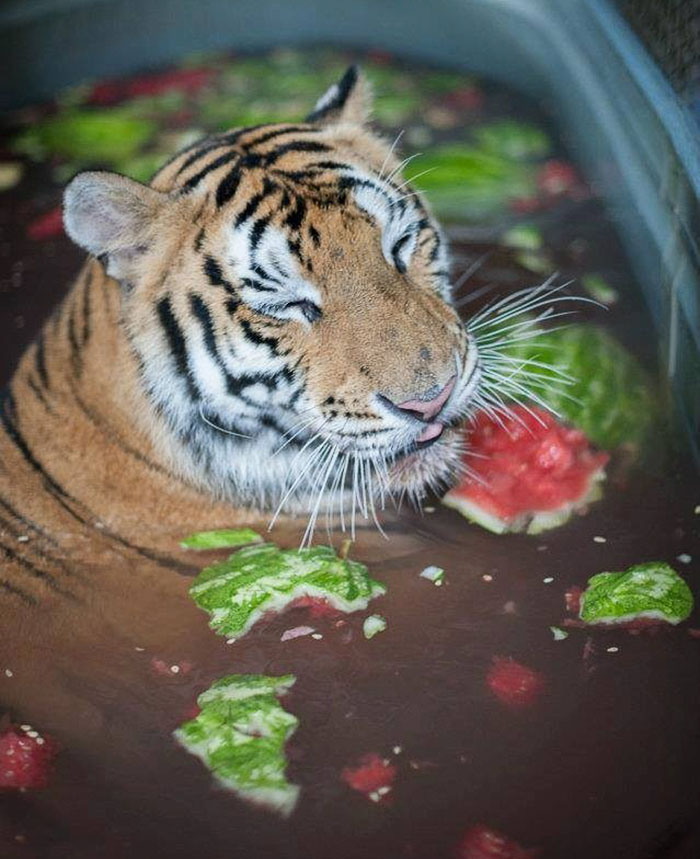 “Within eight months she looked like a real tiger”
Aasha is currently a happy and healthy tigress who shares an enclosure with her sibling.