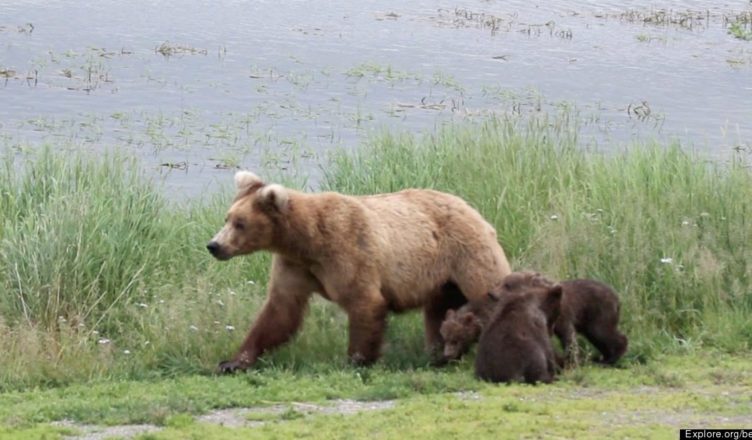 At least 100 bears live in the Brooks camp area of Alaska. The National Park Service installed cameras throughout Brooks Camp in 2012 so that others might observe the brown bears fishing for food.

As the larger guys compete for fish, the video feed from the falls is one of the most fascinating to watch. 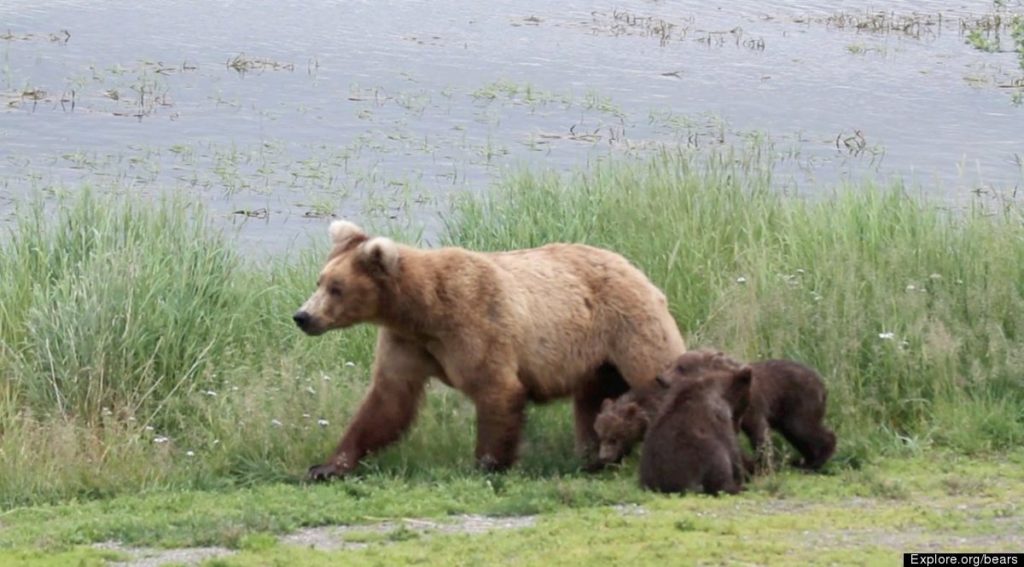 Brown bear cubs are born in the winter and leave the den in the summer. They are, however, still under the continual supervision of their mother until they reach adulthood. A brown bear watches over her kids for the next two to four years after giving birth to a litter. She usually waits until her cubs are fully developed before mating during this period.

A mother bear brings her offspring to the waterfall to watch her fish in the clip below from the live bear cam streamed from Alaska’s Katmai National Park and Preserve.

But, like any curious newborns, they try to follow her and end up being swept over the river. Mama bear leaps into action with passion to defend her kids from a charging brown bear at the waterfall’s bottom. Enjoy the video and see nature at its finest.