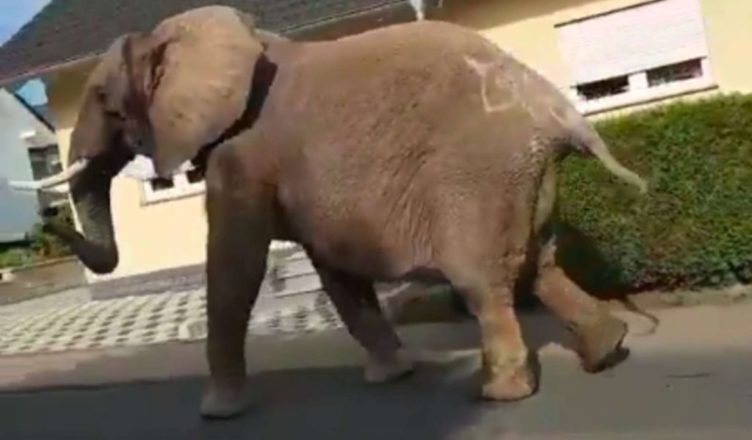 Kenia, an African elephant, had a short time to wander in real world last week when she ran past the circus’s electrified fence to investigate her environment.

The circus where she lived,  was based in Neuwied, a little German town. 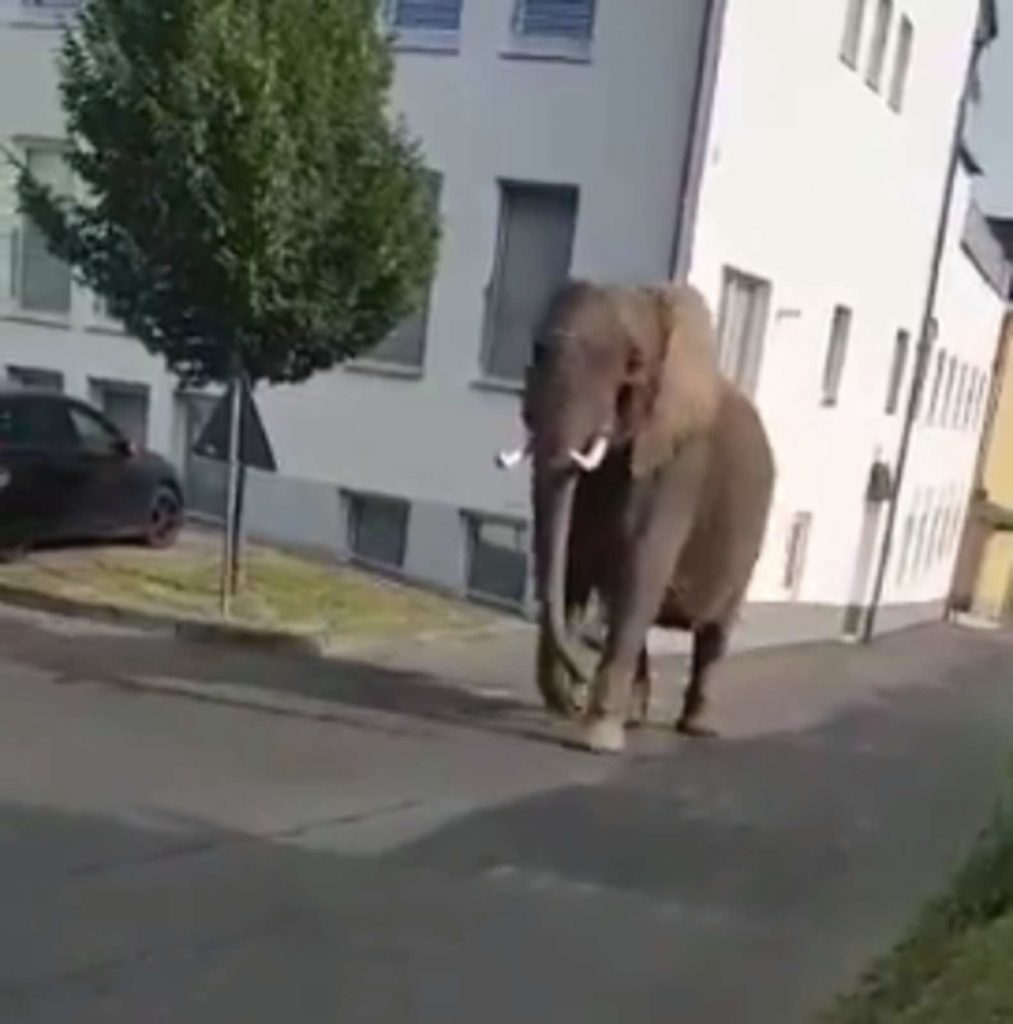 Locals who were passing by the street, had to stop and to let her pass.

Kenia’s journey, on the other hand, was described as “a brief and pleasant walk.” She appeared to like being able to track where she went and when she did it. 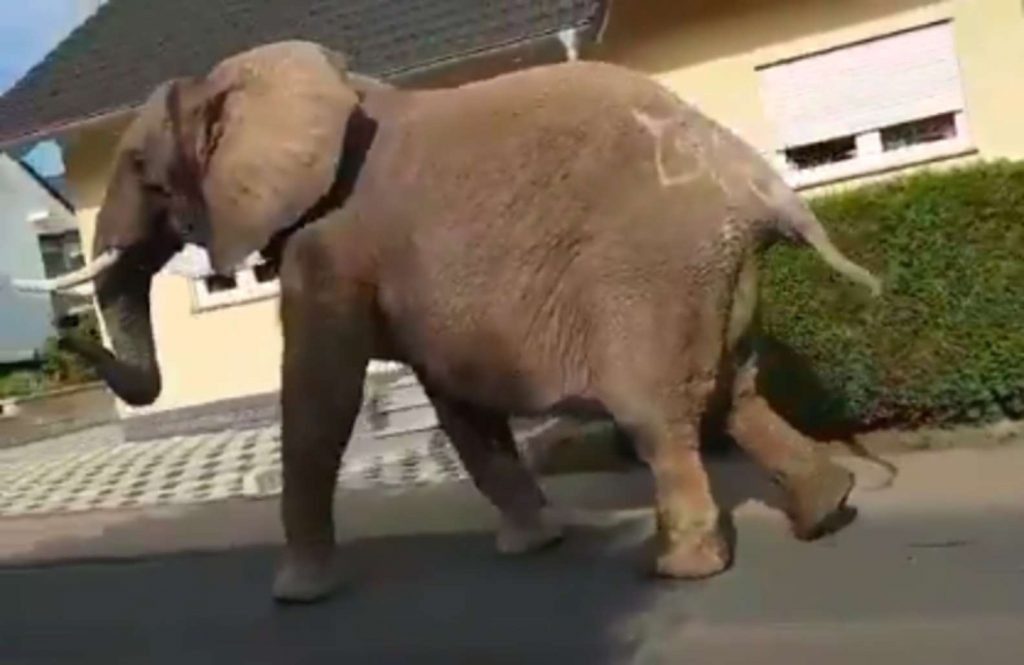 African elephants are highly clever and emotionally powerful creatures and they mainly walk in big herds and stay together. They journey an average of 15 miles every day, but Kenia only had an opportunity to go a little over a half mile before being apprehended and returned to the circus.

Because circus elephants are subjected to a great deal of stress and to.ture throughout their training and shows, letting them go can be dangerous. A 65-year-old man was crushed to de.a.t.h by another elephant at a circus in Germany just a few years ago. 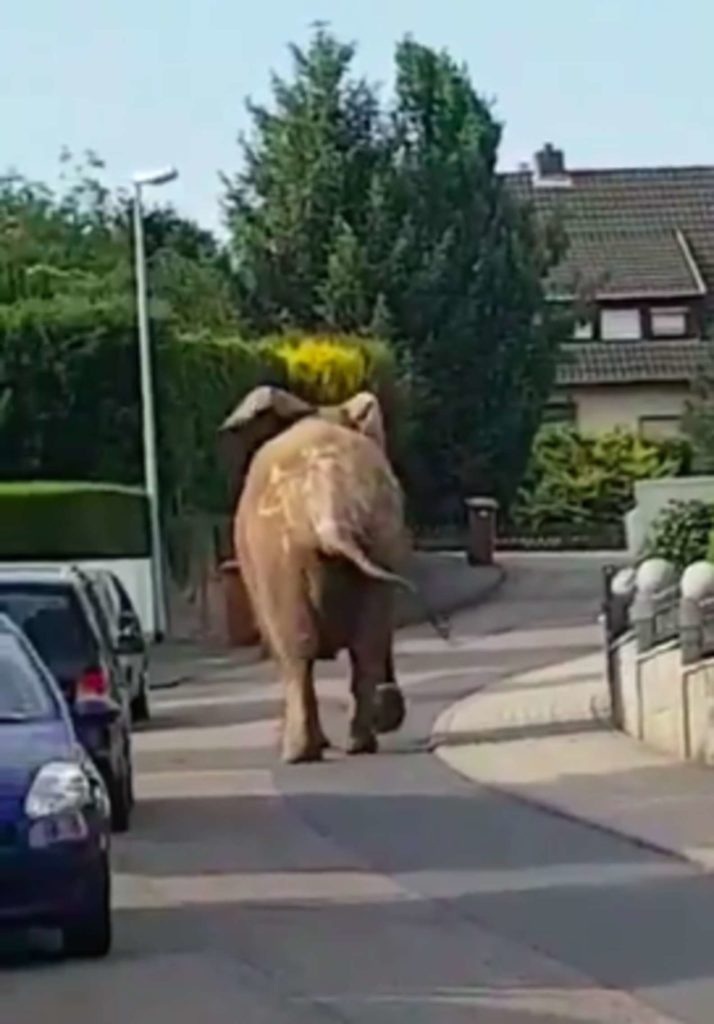 People in Europe and throughout the planet have prohibited the use of wild animals in circuses due to animal suf.f.e.ring and concerns to human safety when animals are free. However, Germany continues to fall behind.

It’s particularly awful that an elephant as lovely as Kenia is still fo.r.c.ed to perform, given African elephants suf.f.e.r several anthropogenic dangers, ranging from habitat loss to h.u.n.t.i.n.g, in addition to their recreational usage. Elephants are vanishing at such a fast rate that they may go extinct in our generation.