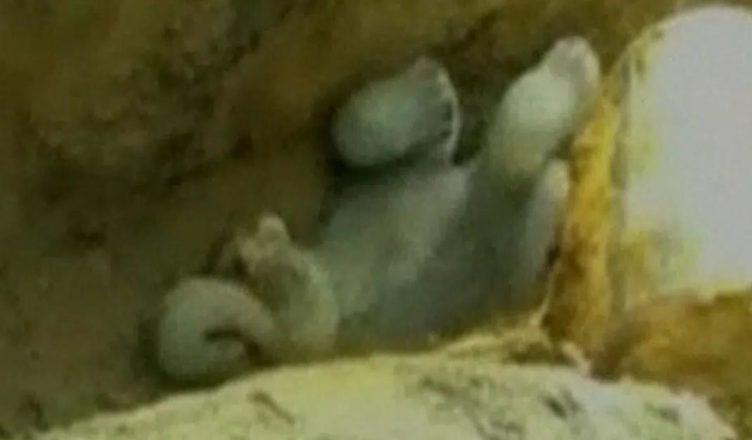 A newborn calf that fell into a hole and became trapped upside down was rescued with the aid of an excavator.

The four or five-month-old bull calf slipped and sank into a hole in Bokakhat, Assam state, northeastern India.

At the time of the catastrophe, he was traversing a tea estate with the rest of his herd. After sliding into the hole, the newborn calf became trapped on its back. The baby tries to flip over and stand up on all four legs.
The calf’s mom and many other elephants attempted but failed to pull him out.

After several villagers attempted to help the ailing calf, it was turned over to rangers and an animal protection specialist. But they had to declare defeat and hire an excavator.

The baby was reunited with his mom after he was rescued.

Anil Deka of the International Fund for Animal Welfare said that he only got a few bruises despite how scary the situation was. Local villagers used sticks to get the elephant to go away — but it didn’t work. The story comes to an end when the calf is ultimately rescued and reunited with his mom.