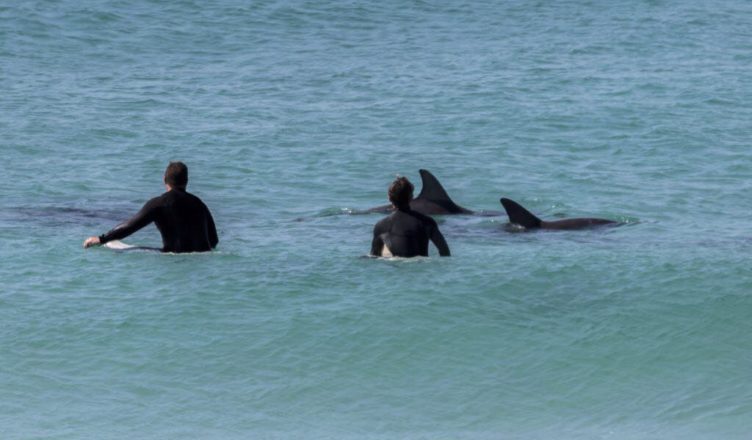 As a big shark followed him from the depths, this frightened surfer looked to be risking his life to catch a wave – but everything was not as it seemed.

It is amazing that in our day, the optical illusion photo can capture everything. This time, Pierre Paul Cazes captured a dolphin hiding in the waves in Pennington Bay in Kangaroo Island, South Australia. 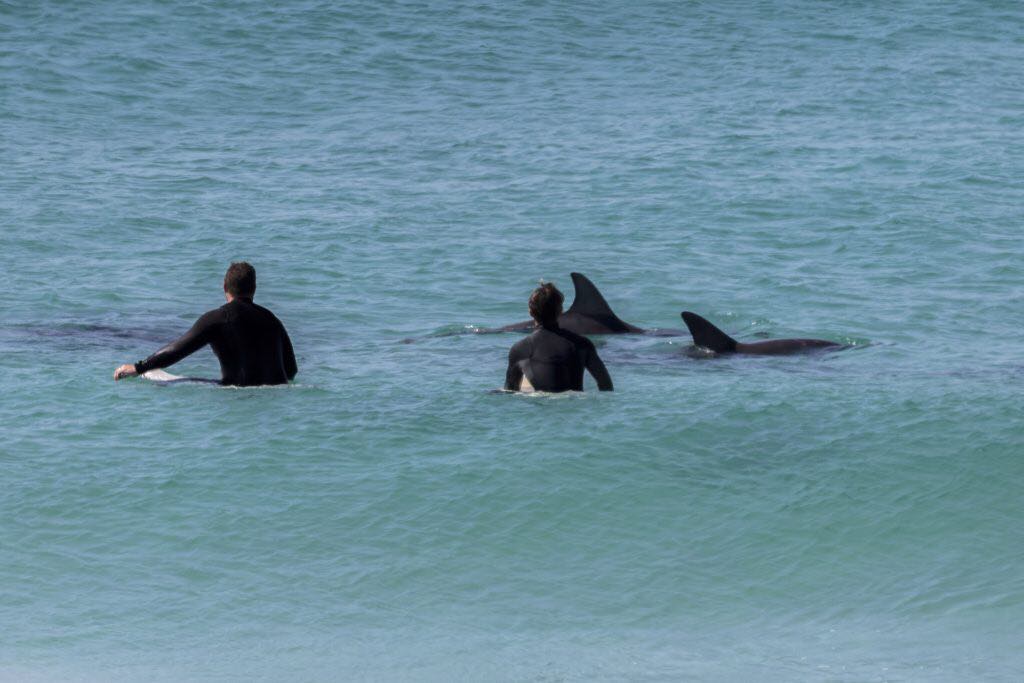 Pierre, a Frenchman who has lived in Australia for 40 years, was taking pictures of the area when he heard that dolphins might come out to play in the bay.

However, the enormous animal seen through the waves in his precisely timed shot seems to be a shark.

After seeing the pod arrive, the snapper didn’t care about the species because he knew it was a friendly dolphin. 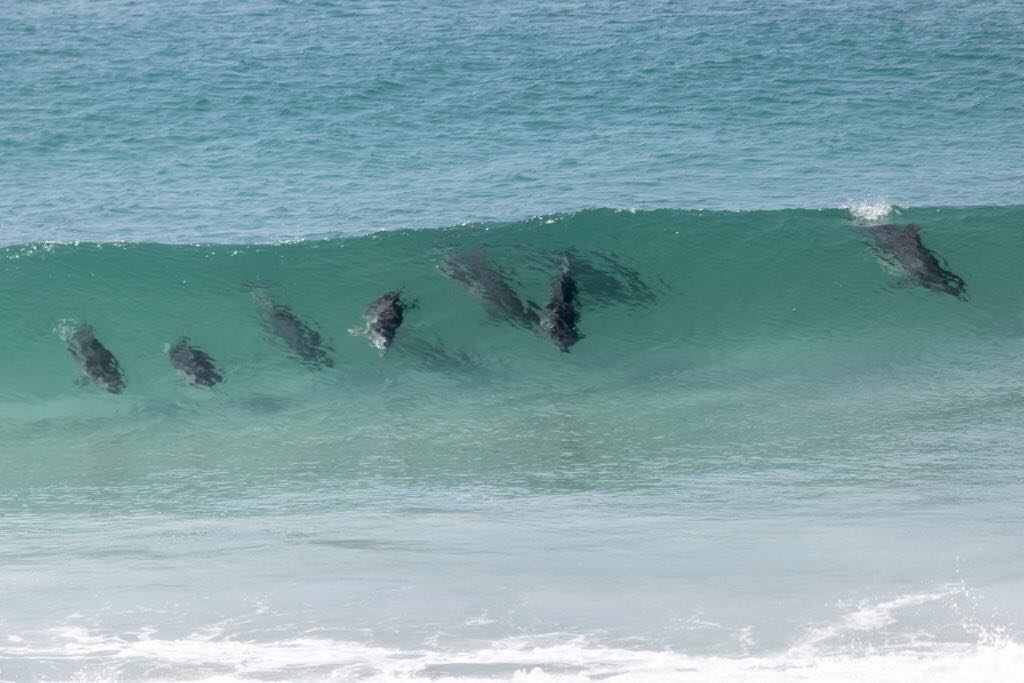 “The wind was coming from the north,” which meant this specific site generates good waves and attracts surfers,” Pierre explained.

“I was waiting for the dolphins when I noticed several surfers leaping in the sea and started capturing shots.”

“I saw the animals start to show up, but when the pod got closer, I was able to tell that they were dolphins.”

“Dolphins were also riding the waves.”