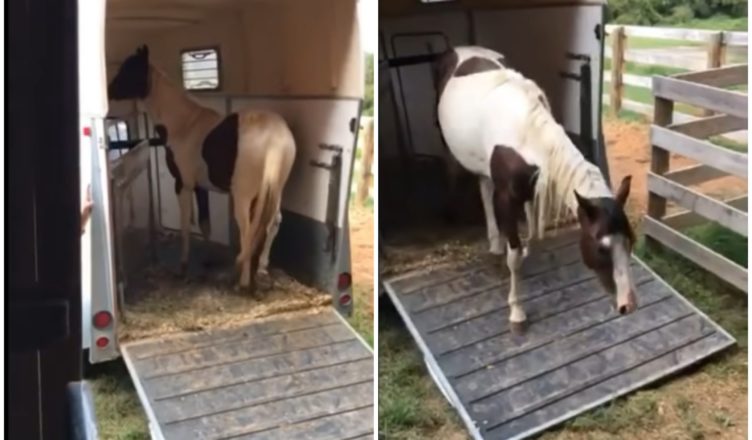 A girl attended a horse auction with her father and saw Bubby being picked on, kicked, and b.i.t.t.en by two other guys. Because the auction was renowned for shipping horses to s.l.a.u.ghter, every horse present was in bad shape. Bubby was in excellent form in comparison to the other horses, but he was terrified of humans, particularly males. He had wounds and scars all over his body, and he had bad respiratory infections. 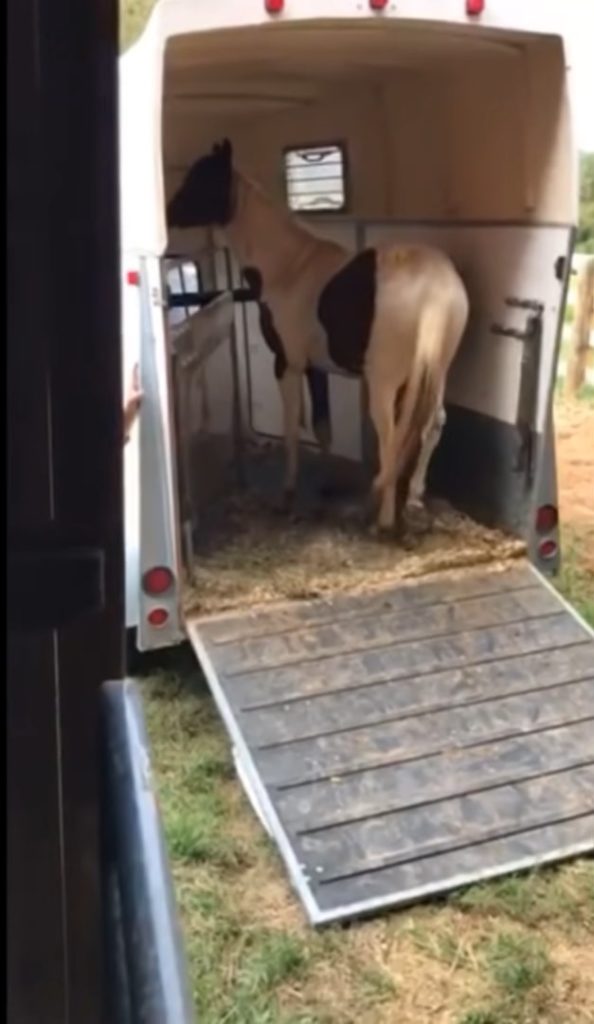 When they placed him into the trailer, he began eating hay, and when they took him home, he drank a lot of water since he was terribly thirsty. It only took a few days for him to warm up and feel safe with his new owners. 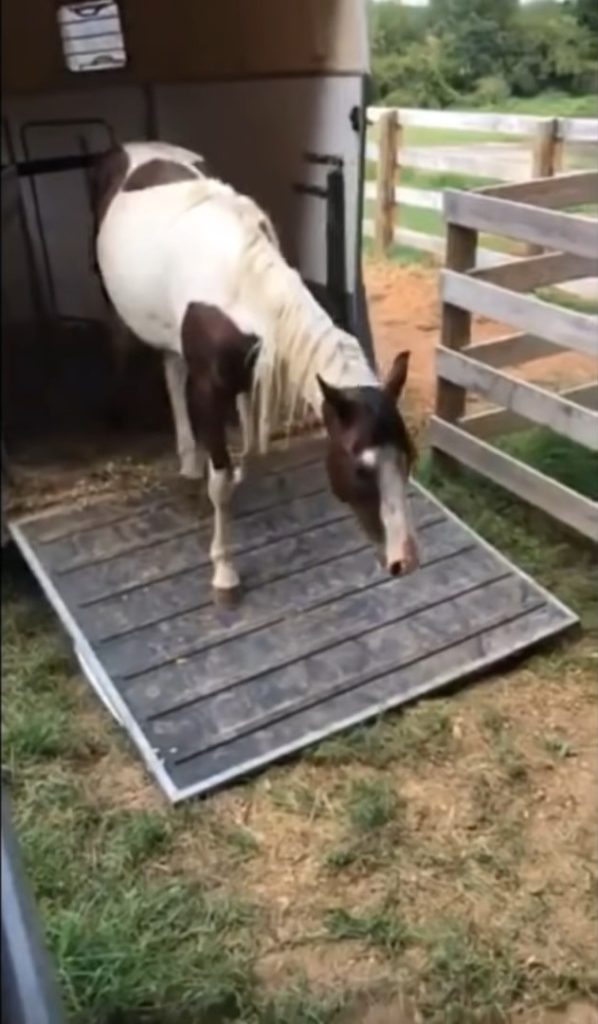 They chose him above the other horses since they could tell he was youthful by his appearance and he was the only horse there who didn’t have physical bones coming out of their body. Bubby’s wounds began to heal swiftly, and he began to feel more at ease among humans. He had a bad tendency to bite people, so if anyone attempted to touch him, he would recoil and bite them. 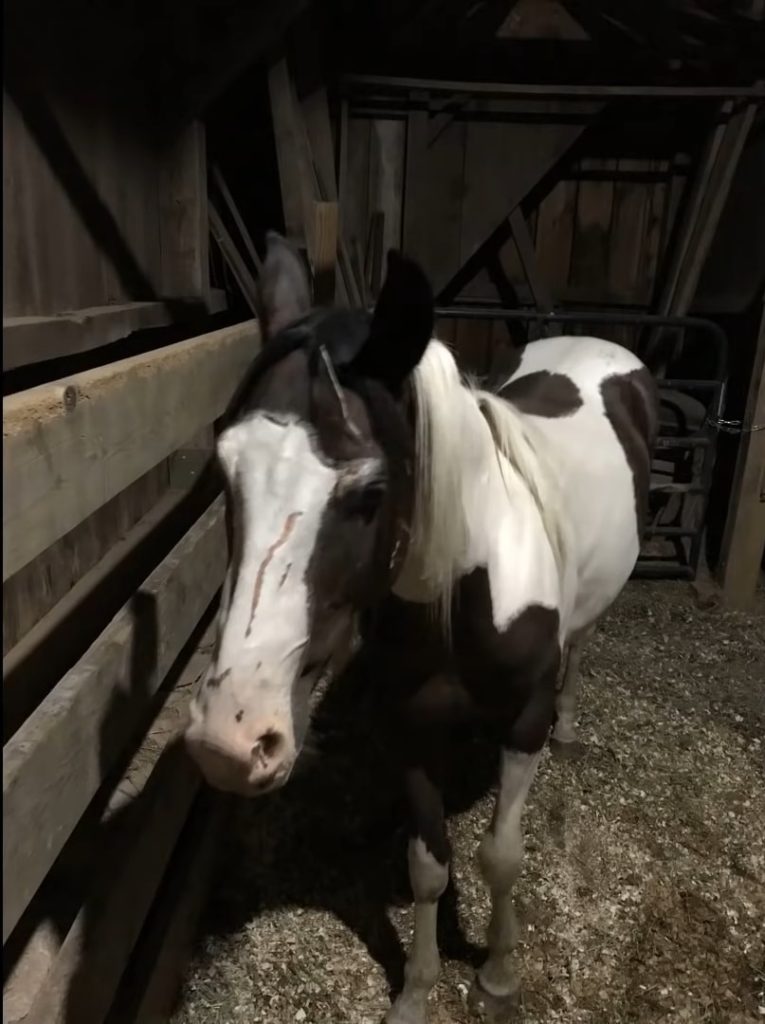 When they were training him to halter, he didn’t enjoy having his ears touched, so they simply rubbed the halter all over his head until he got accustomed to it. When he was comfortable with the halter, the girl began to work with him on the lead line and then went on to teach him how to knot. She chopped off his massive dreadlocks after two weeks. 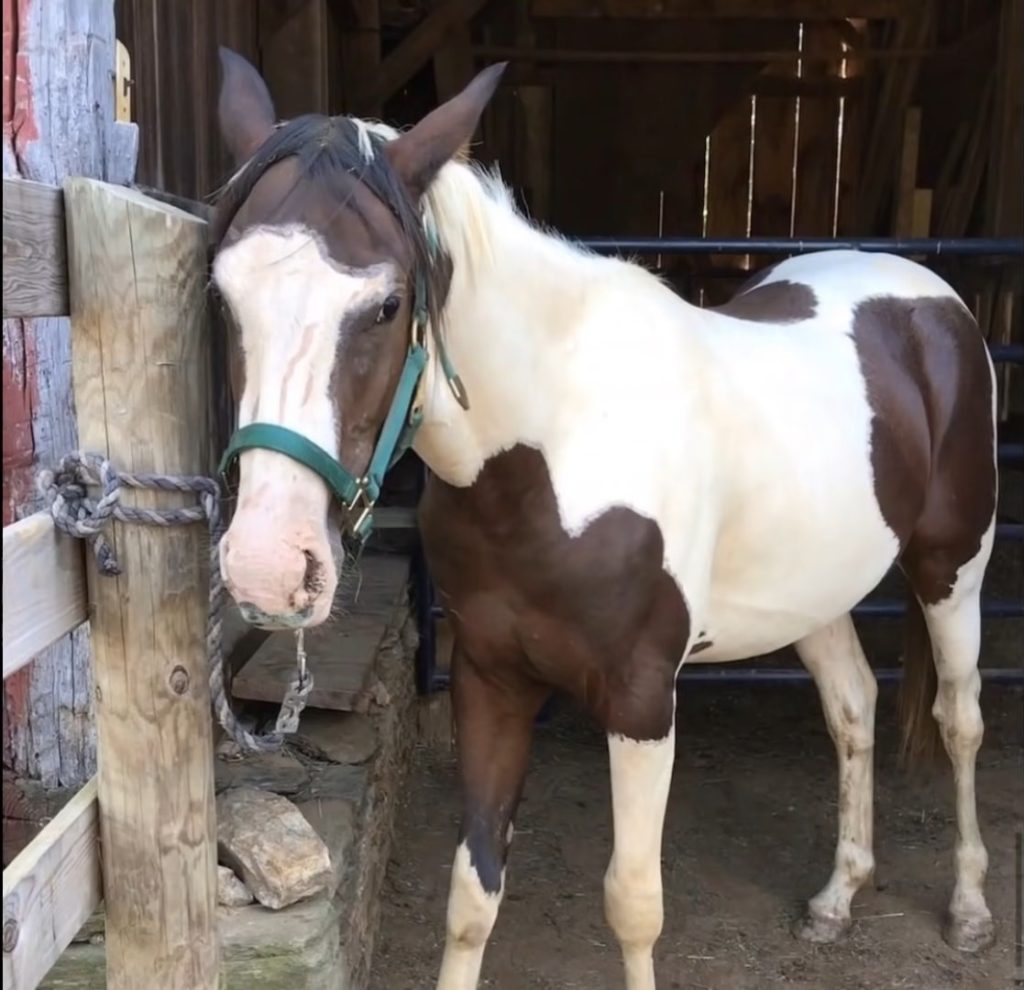 They only worked on putting up his front feet for the first month and a half because he would lash out if she touched his rear feet. He quickly learned how to lunge and respond to the different gait signals. She started training with him from both sides, first leaving without a halter and then lunging without one.