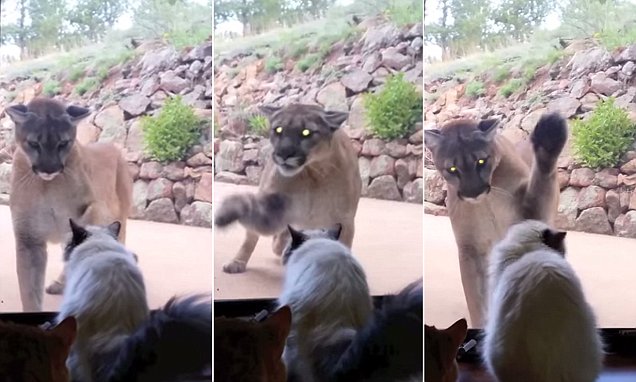 Tom Mabe was visiting friends in Boulder, Colorado, when he saw a once-in-a-lifetime cat-versus-cat battle. A domestic cat against a mountain lion in this situation!

Tom looks out the window and finds a massive cougar looking down at the house cat inside. The courageous house cat stands firm and appears unfazed by the cougar pawing at the glass. His kitty companion (and Tom) smartly opted to take a step back. 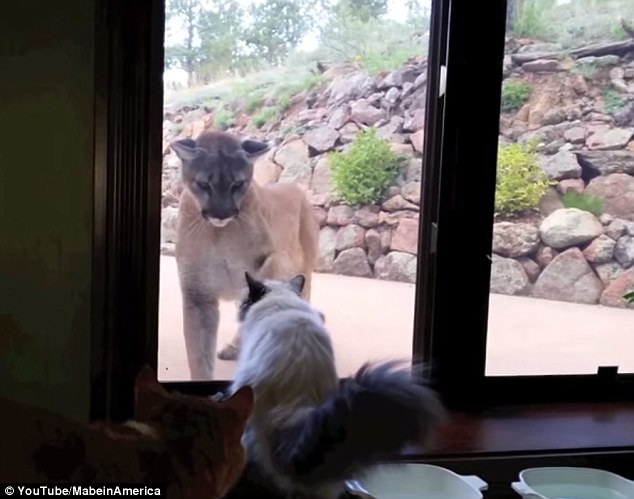 When a courageous house cat faced up to a mountain lion with just a window glass between them, he saved one of his nine lives.

Even though the lion was much bigger, stronger, and meaner than the Himalayan, the long-haired cat wasn’t scared when the lion sneered at him from just a few inches away.

The video was uploaded on YouTube by Tom Mabe, the proprietor and comic of the prank channel MabeinAmerica. Mabe now resides in Louisville, Kentucky, but the video was shot in Colorado. 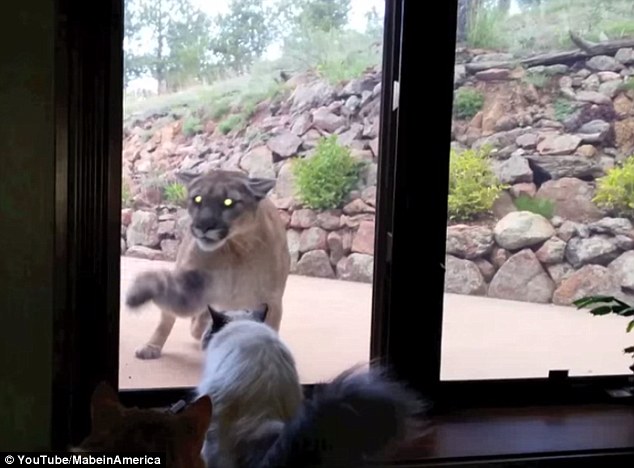 The courageous kitten shows no fear as the lion hovers above him.

The cat even greets with a’meow,’ only to be met with a deep-throated hiss in response. He occasionally looks back at his friend, the orange one who is more cautious and keeps his distance.

‘Oh my God,’ Melanie exhales as she takes in the sight. Then she recalls something essential and inquires, ‘Where are the children?’

‘Are you kidding me, Tommy?’ She screams. 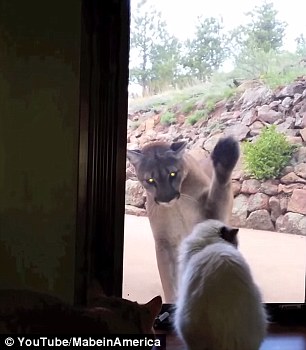 He chastises, more concerned with making a good video than with the whereabouts of his children.

Mabes, a skilled prankster, was playing a quick one on his wife when he informed her the kids were outdoors, as he then chuckles and mutters, ‘They’re still in bed.’ 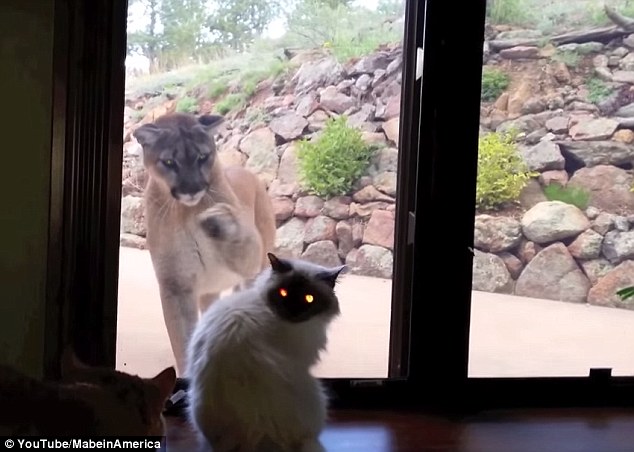 The lion, like the cat, eventually loses interest in the spectacle and lopes away. Mabes’ furry pal looks at the camera, satisfied with himself.