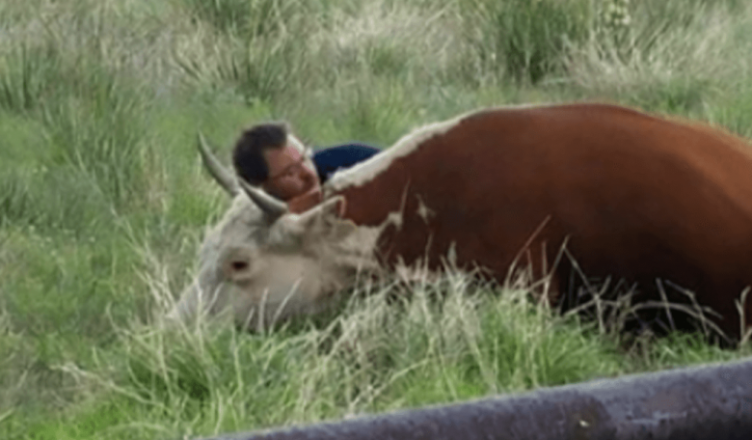 Animals suffer trauma, and unlike most people, they must bear their pain alone.

But one cow, who had a traumatic experience alone in a field, had no idea that a human would come in to offer her the affection she needed. 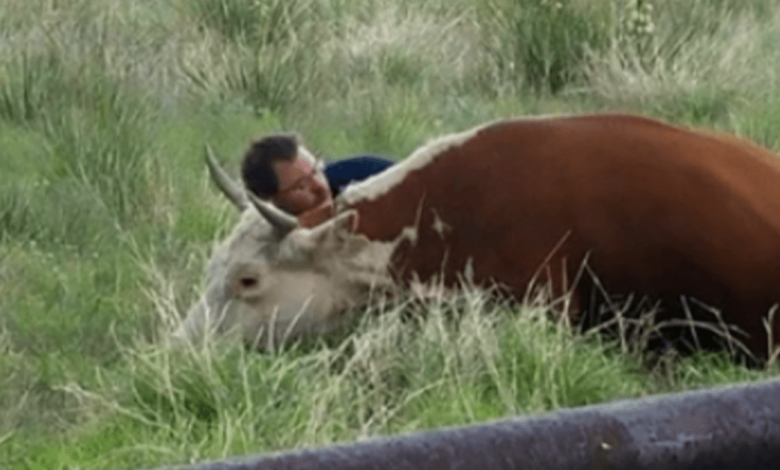 On Mother’s Day, Benjamin Tipps was visiting his mother-in-law in Texas when he felt prompted to stop and assist a mother cow in need.

A cow had been going through a lengthy and arduous labor in a pasture near his family’s house for many days.

A Texas man laid down next to this cow on Mother’s Day to console her after losing her calf. >https://t.co/DMH6fpdlHF pic.twitter.com/R2wGEnSJHu

Despite her efforts, her calf died, and all the weary cow could do was lie on the ground and say farewell to her child.

Benjamin was affected by her story so much that he went to console the cow and lay with her, cuddling the distraught mother as she went through every parent’s worst fear.

His actions were captured on video and uploaded on social media with the caption, “What a beautiful heart this guy has.” Benjamin slept with her and caressed her to attempt to console her after she lost her baby the day before. Such a lovely but terrible image. ”

Benjamin told reporters in the area that he saw the cow collapse while giving birth and that the calf was born dead.

After losing her baby, the cow was scared and stayed still and couldn’t move.

During her time of need, he sat by her, caring and soothing the cow. 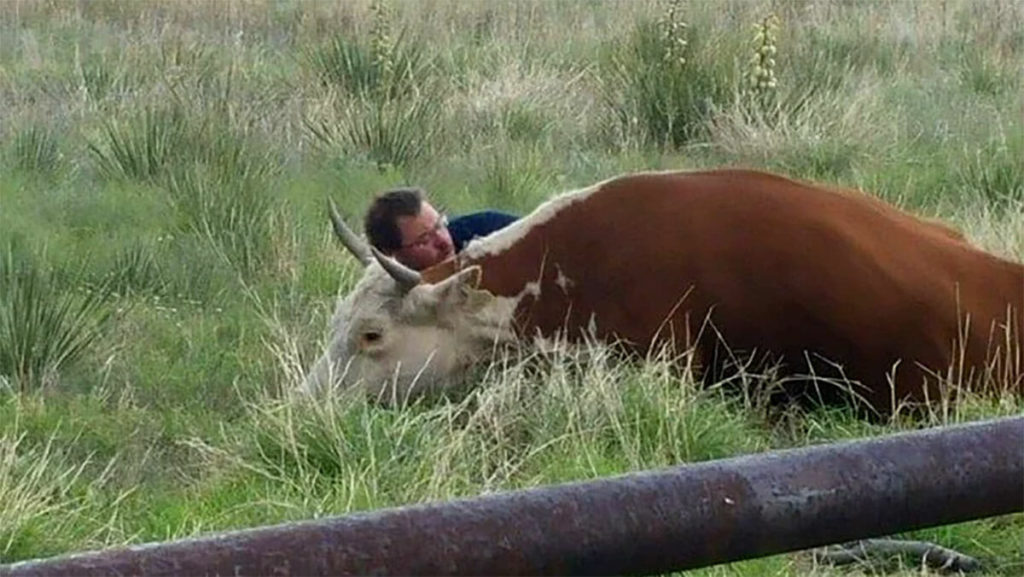 If only we all felt this way for our lovely animal world.

Please share to honor this wonderful guy and his good deeds.