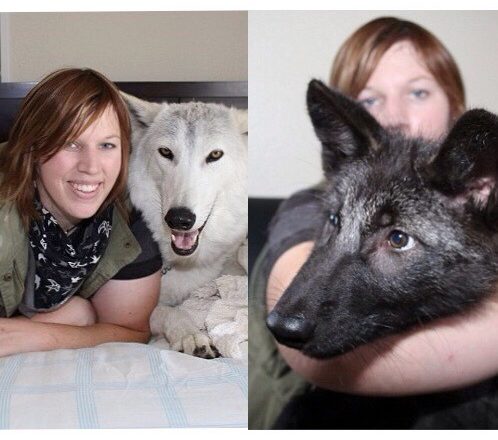 Kraus is a conservationist. She lives in California, at her ranch in Santa Rosa – with Damu – a cross breed of Timber, Hudson Bay and British Columbian wolf. 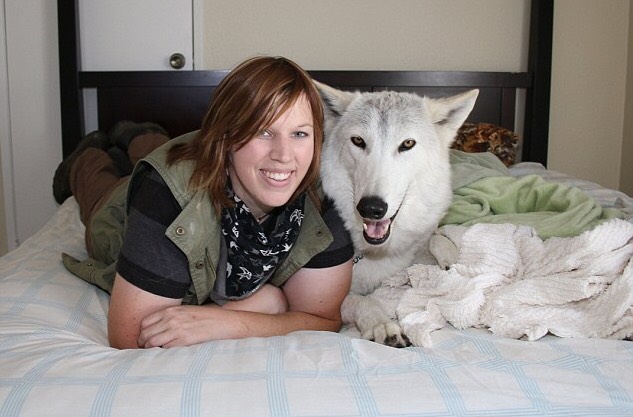 Rather of going out to party, this 27-year-old likes sleepover parties with her four-year-old furry companion, who frequently ends up hugging her while they catch some ZZZs. 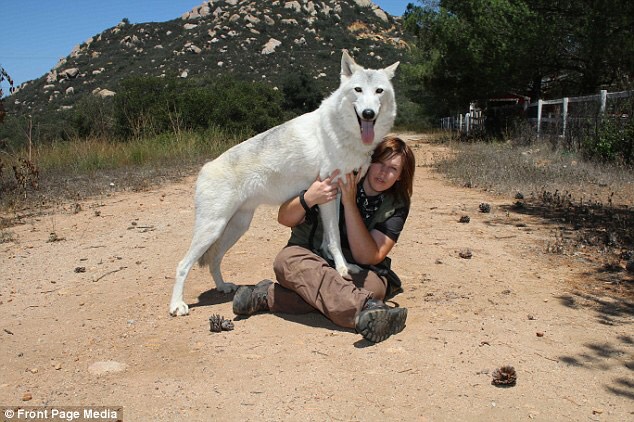 Kimmi says that the strange sleeping arrangement is harmless, and that she has complete faith in her doggy friend. Damu has been raised by her since he was six weeks old. 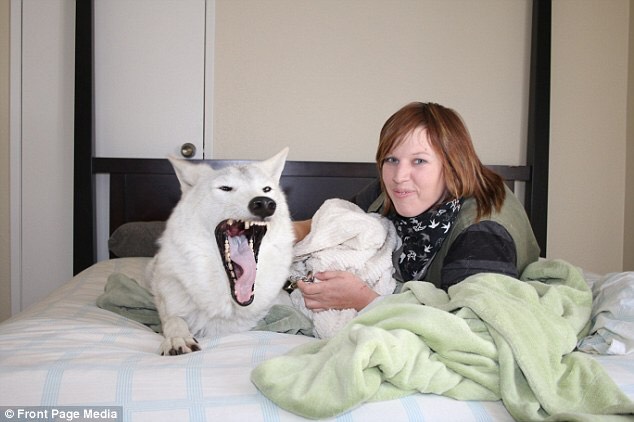 She currently looks after him and other wolves at her facility, where she is five feet tall and 90 pounds, as part of an educational program to help people realize the need of conservation in California. 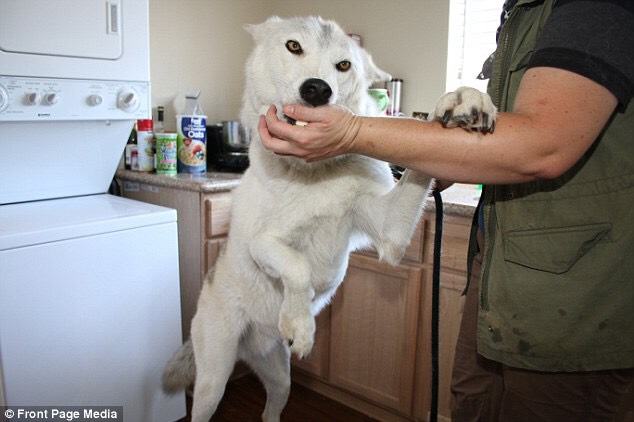 She admits that some people look at her in strange way and think that this is not normal, but she loves her animals and wants to protect and live with them. 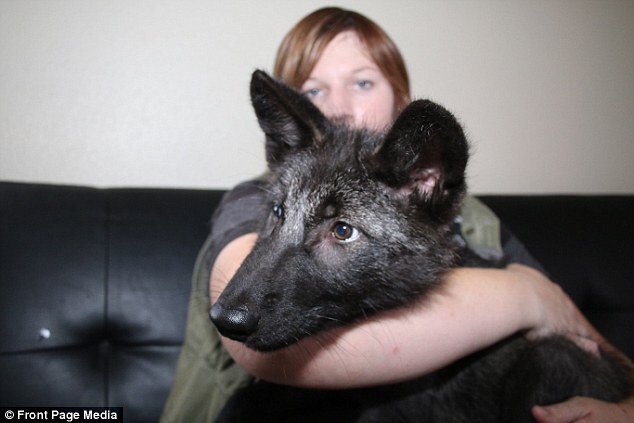 The wolves are bred at government-approved wolf “eco-education centers” in captivity. These institutions are dedicated to wolf conservation, as well as wolf rescue and rehabilitation.