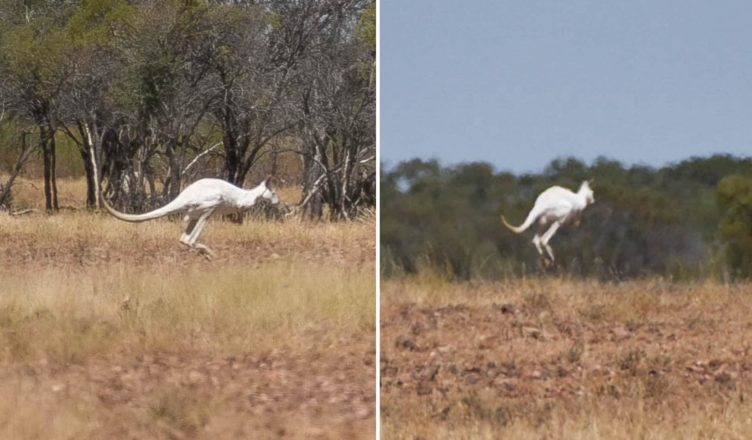 In the Queensland outback, a rare white kangaroo has been discovered.

Sarah Kinnon was taken aback when she saw the unusual-looking animal bounding around a farm outside of Longreach on Wednesday.

‘I was just out with my husband, returning some rams to the field, and there was a white kangaroo,’ she said. 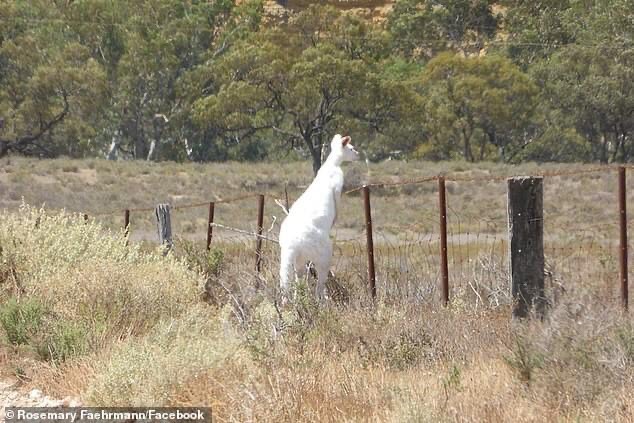 ‘It truly blew my mind.’

Six months previously, Ms Kinnon observed what appeared to be the same white kangaroo near her property, but she didn’t have a camera to capture it. 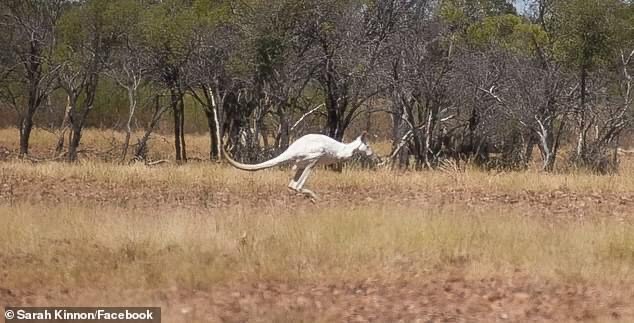 Mrs Kinnon managed a few joyful photographs of the mysterious ‘roo this week.

When pigmented animals, such as kangaroos, have white fur, feathers, or scales, they are commonly mistaken for albino.

Paul Oliver, Curator of Vertebrates at the Queensland Museum, believes the ‘creature’ observed at Longreach was actually a leucistic kangaroo.

‘Just looking at the photo, it appears to have black eyes,’ he told the ABC. ‘It’s impossible to tell for sure, but it shows it’s not an albino.’ 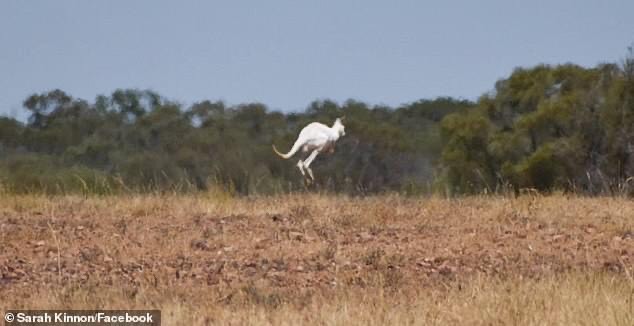 ‘You can have real albino, in which case you should look for pink eyes, or you can have leucism, when you should seek for black eyes.’

Leucism is a term that refers to a number of disorders that cause a partial loss of pigmentation in an animal’s tissues, resulting in white, pale, or patchy skin, hair, feathers, scales, or cuticles, but not the eyes.

Mrs Kinnon noticed a white kangaroo a few months back, and the Griffith University lecturer is convinced that it is the same kangaroo.
Due to a lack of melanin protection in its skin, hair, and eyes, an albino kangaroo would struggle to see properly over time.