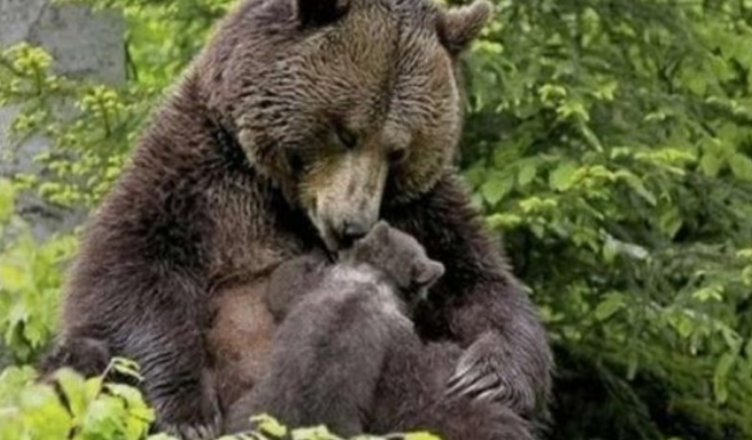 This story takes place in the summer. It was a nice and pleasant day.

The birds woke everyone up early with their lovely songs.

A girl dressed up and headed to the lake. In the morning, it’s breathtakingly gorgeous. The reservoir was serene and silent, with a thin fog looming over it. On the grass, there were little drips of pure dew. There was only one way to get to the pond. It was essential to cross through the edge of the forest thicket to get to the lake. 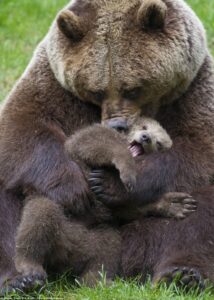 She observed a female bear with her baby while strolling to the lake. To not scare them, the girl sat quietly near a tree and decided to wait till the animals had gone.

People in their town were not frightened of bears, and they often approached them. But she realized that she needed to be cautious. She didn’t conceal herself effectively, and the bear saw her. She began approaching the girl while pushing her cub ahead.

Soon, the girl saw the infant had a swollen paw. When she examined it closer, she discovered a large splinter. They presumably couldn’t pull it out on their own, so the bear decided to seek assistance. She held the animal in her arms and quickly got the splinter out. The bear howled again, and the mom approached them. Everything worked out in the end since they aided the bear and its mother and did not harm anyone. 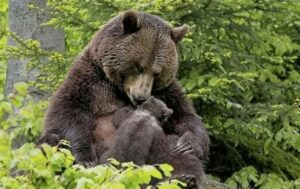 Many people would probably remark, “You can’t do that,” yet no one in their town is terrified of bears. There are no hunters, and bears are often fed, so they never touch anyone.