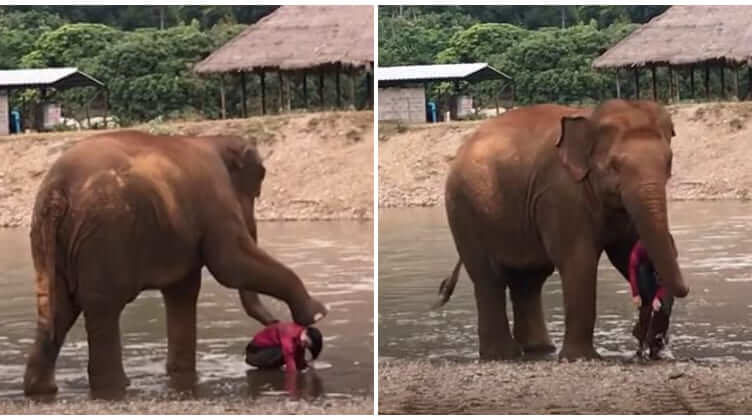 Elephants are among the cutest, most friendly, most intellectual creatures on the planet. Even if they had a difficult start, their capacity to love is unaffected. They will undoubtedly be the loveliest animals on earth if they are raised with love and concern for people.

In this narrative, Faa Mai, a 9-year-old elephant, is an example. The fun and adorable child has a close relationship with her human, Elephant Nature Park founder Lek Chailert (ENP). 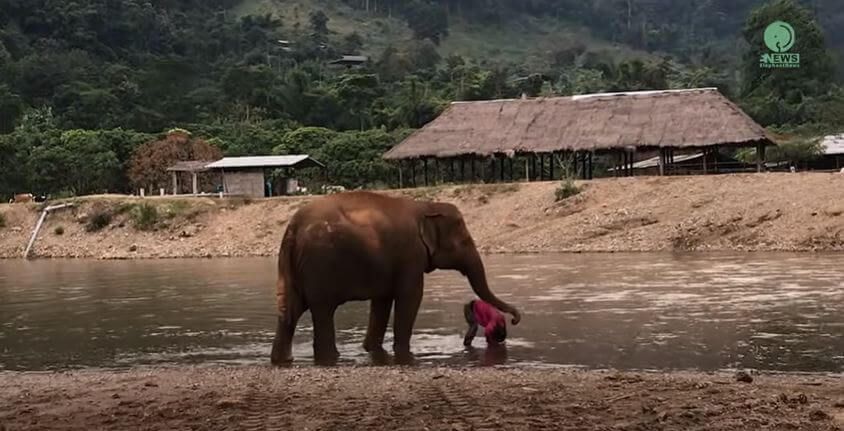 Faa Mai was born in the refuge and raised there. Mae Bua Tong, her mom, was saved from the tourist business and discharged at ENP in 2005. She had to transport people up and down the hill eight times every day. Fortunately, she was set free and spent peaceful days in the refuge. 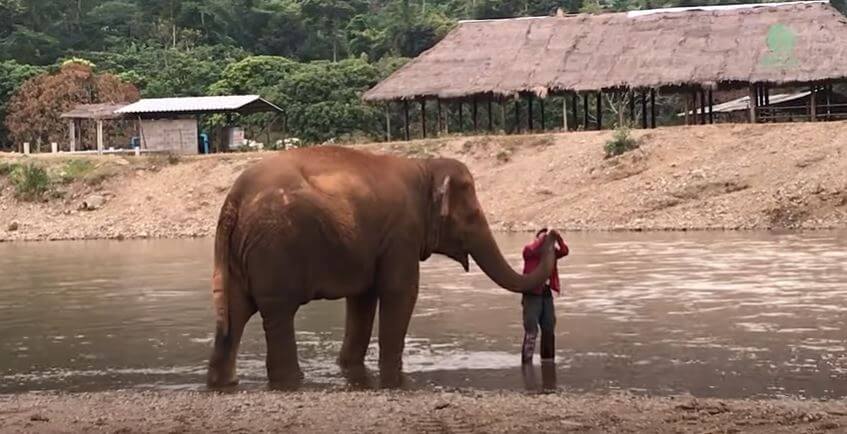 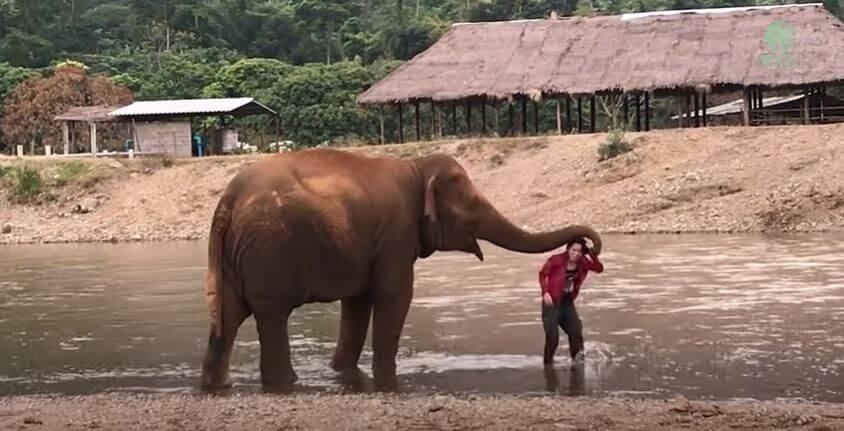 Faa Mai has a strong bond with Chailert and enjoys her hugs and lullabies. The elephant never lets her beloved buddy escape her gaze—or her hands.

And this time, the happy animal was playing in the dirt when she discovered her pal. Did you figure out what she does? With a trunk full of dirt, she gladly came over to embrace her human. As a consequence, Chailert’s hair and face were caked with dirt. 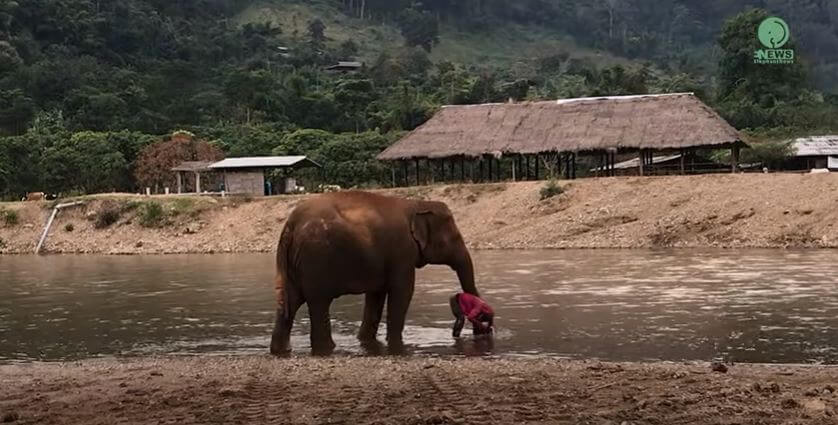 Chailert I had to wash my hands in a nearby river. Faa Mai, on the other hand, refused to let her go. The amusing elephant accompanied her companion into the water and rubbed her with her trunk. Chailert ended up with mud all over her. 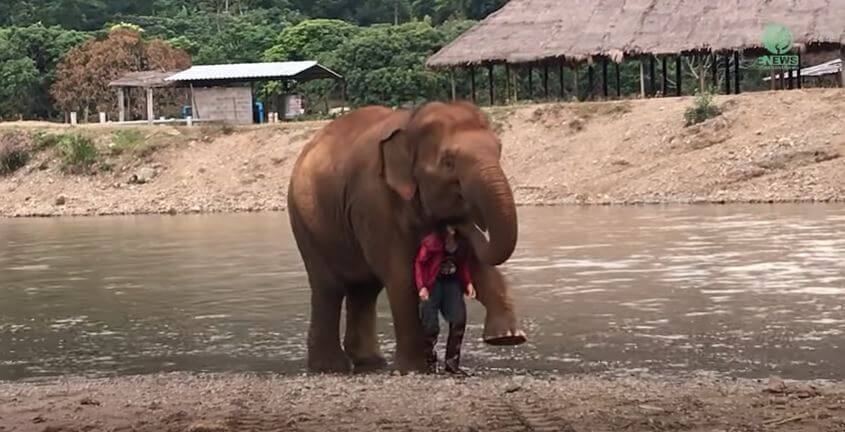 When Chailert walked out of the water, the elephant flung her out like a mom would her calf. Faa Mai kept making absolutely sure her person was safe. She was a big sister as well as a kind and protective mother. Who could be upset with such a nice and massive creature?