After seeing a picture of the bear, Dean Hornberger and his fiancée, Samantha Eigenbrod, decided to try to locate and aid a bear that had been suffering with an item trapped on his head for over a month. When they caught up with the bear, what might have been a simple rescue turned into an adventure. 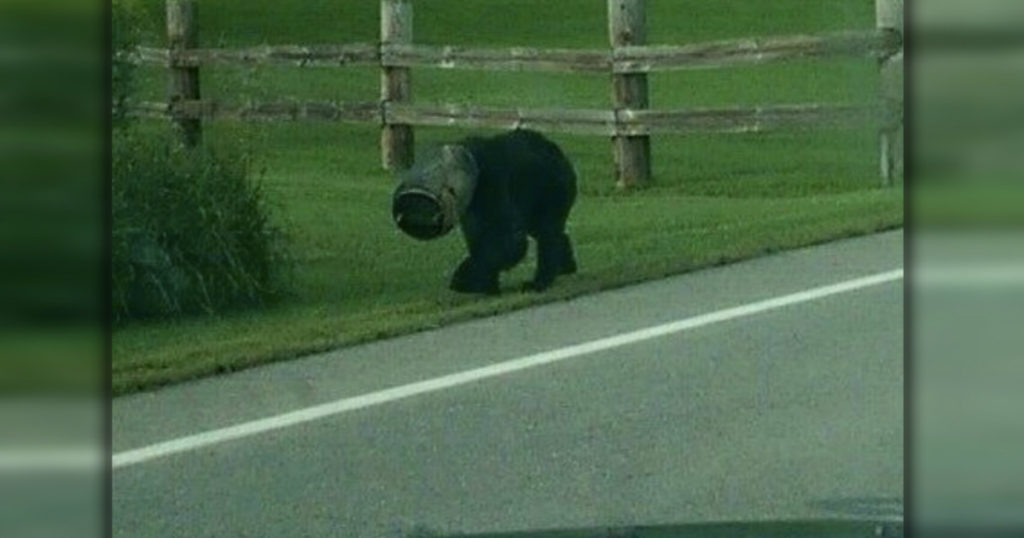 The little black bear had been seen wandering through Clarion County in western Pennsylvania with what seemed to be a bucket over his head. The Pennsylvania Game Commission was called, according to Krissy Elder, who took the picture Dean and Samantha saw, but they informed her they couldn’t do anything while the bear was well and “active.” Dean, an animal rescue volunteer, solicited the support of a handful of his pals for the rescue, which occurred on Labor Day in 2014. They had been looking for the bear for a few hours and were ready to give up when they came across him on the side of the road.

Dean attempted to pry the device off the bear’s head at first, but it was too tightly attached, and the bear slid out of his hold and raced away. The rescuers pursued and trapped him in a massive mud hole. They quickly realized that the “bucket” was really a rubber air bag designed to cushion truck trailers, which was securely wrapped around the bear’s neck with a metal ring. 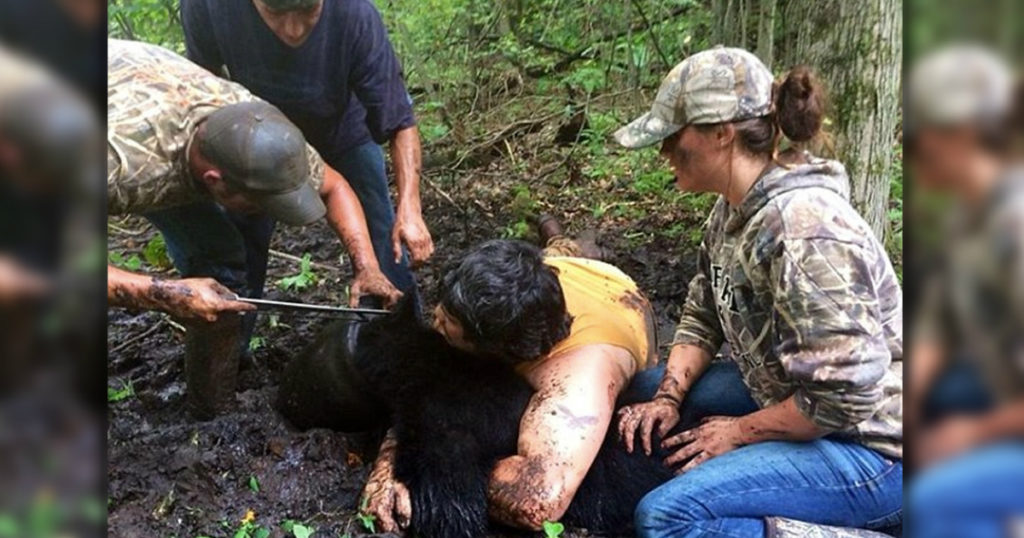 Watch the video below to see what these brave guys did to assist in releasing the bear and share the rescue with your friends!