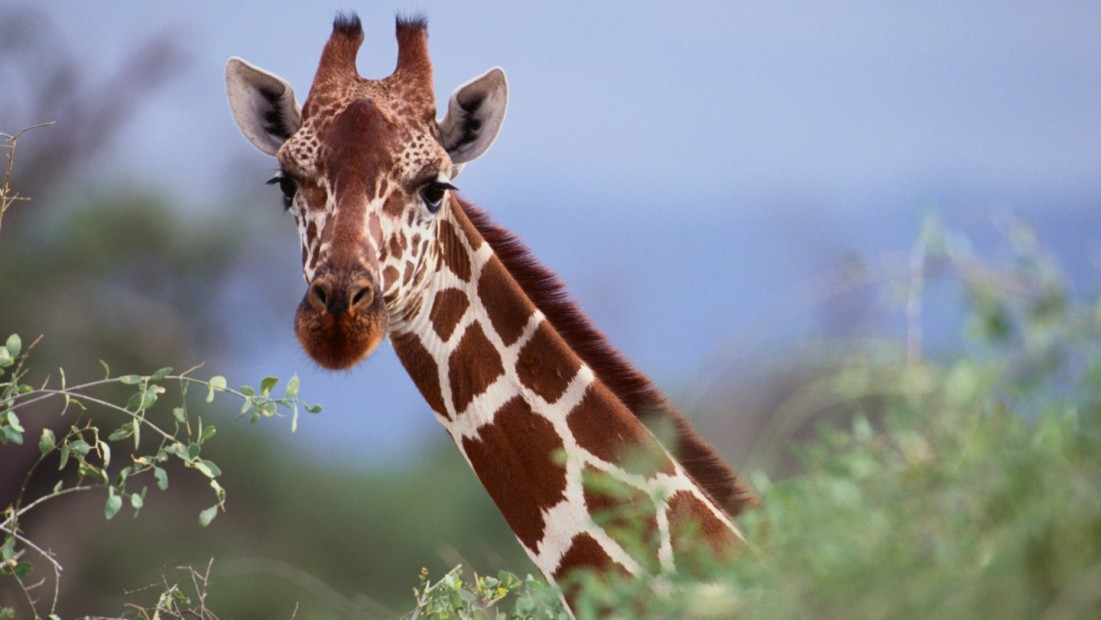 If you follow wildlife and love animals, you will also love facts about them. Today we’ve prepared some interesting
facts about wonderful animal, Giraffe, and we hope you will enjoy it. 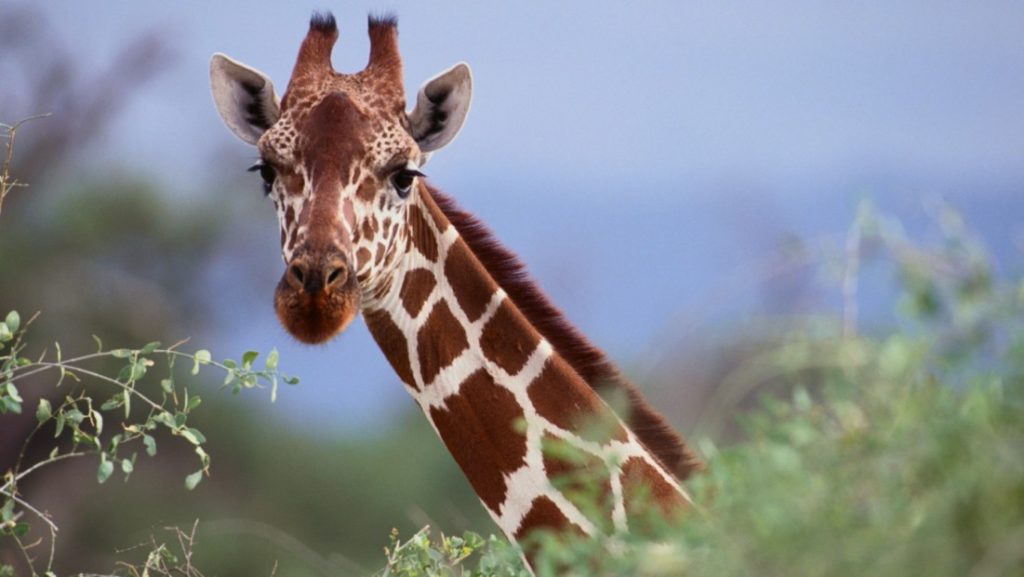 1. Giraffes are the world’s tallest animals. Their legs alone are almost 6 feet higher than most humans. 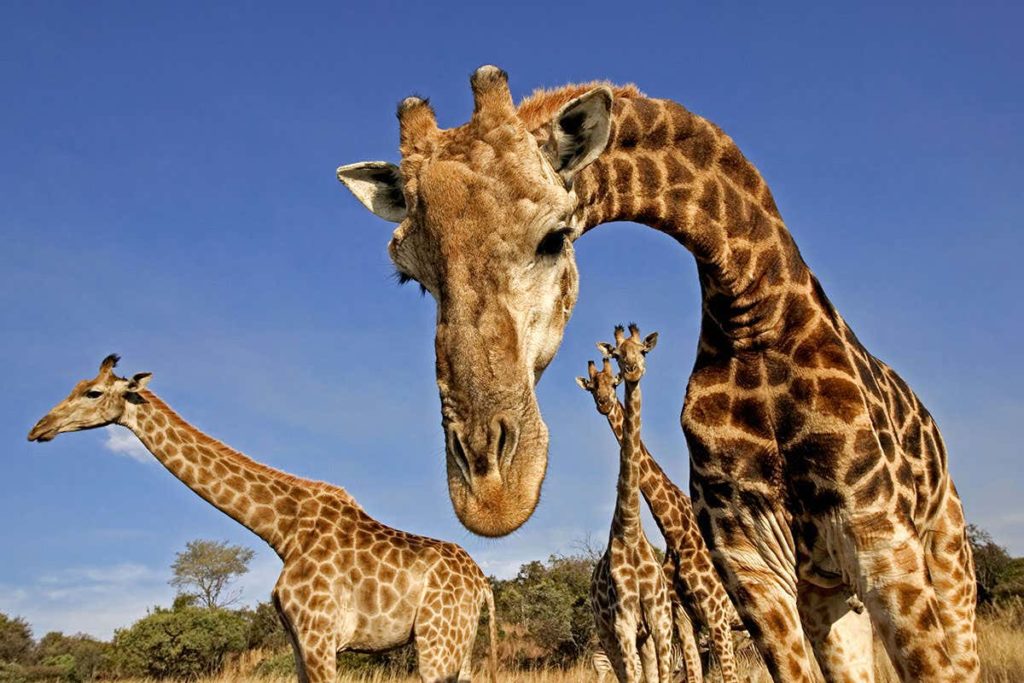 4. Giraffes only need to drink a few times a week. The majority of their water comes from the plants they eat. 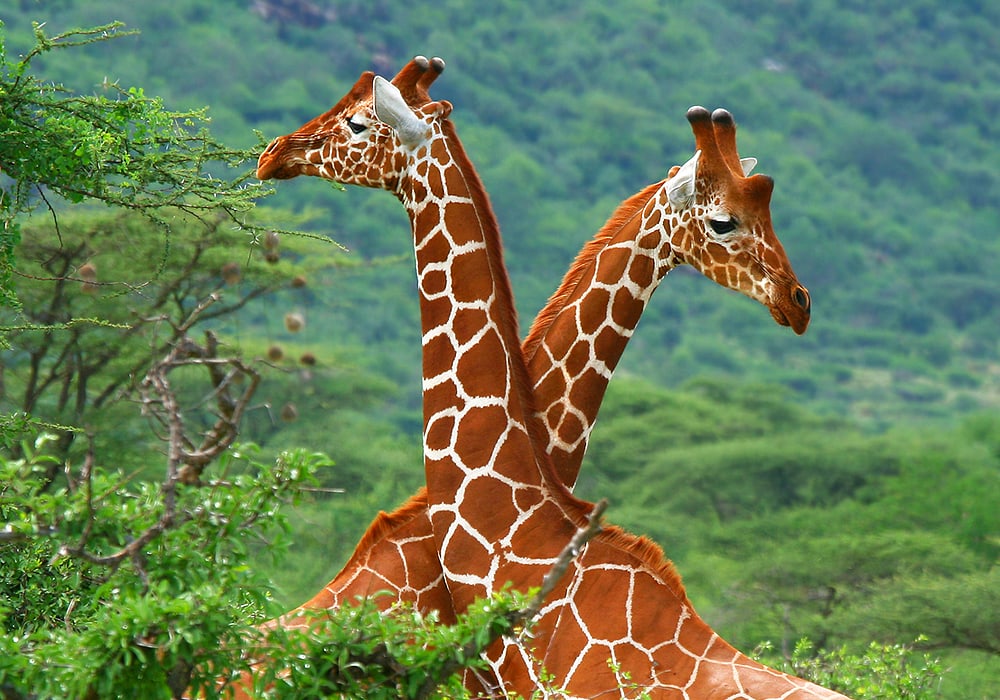 5. Giraffes spend the most of their lives standing up, including sleeping and giving birth.

6. After about an hour, the giraffe calf can stand and walk, and after a week, it begins to explore vegetation. 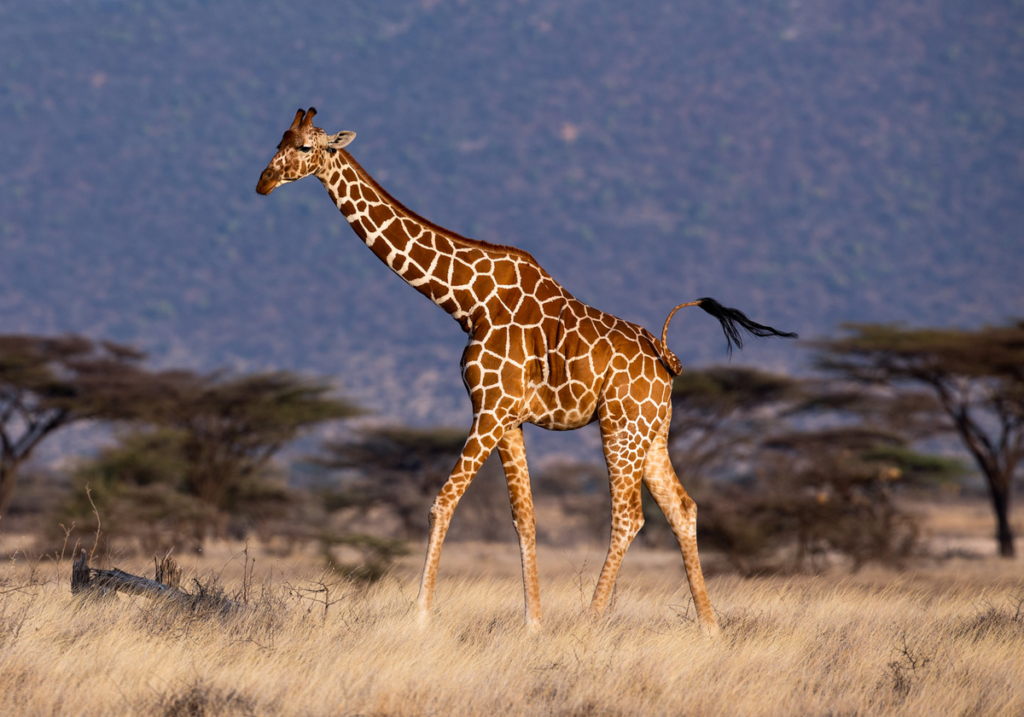 7. Many calves are attacked in their first few months, despite the females’ attempts to protect them from lions, spotted hyenas, leopards, and African wild dogs .

8. The spots on a giraffe are similar to human fingerprints. Individual giraffes do not have the same pattern.

9. Both male and female giraffes have ossicones, which are hair-covered horns. Male giraffes battle with each other using their horns very often.

10. In a 24-hour period, giraffes only require 5 to 30 minutes of sleep! They frequently do this by taking short naps of about a minute or two at a time.

11. It was  assumed that giraffes did not make any sounds, but this is no longer true; giraffes yell, snort, hiss, and create flute-like sounds, as well as low-pitched noises that are beyond human hearing range. 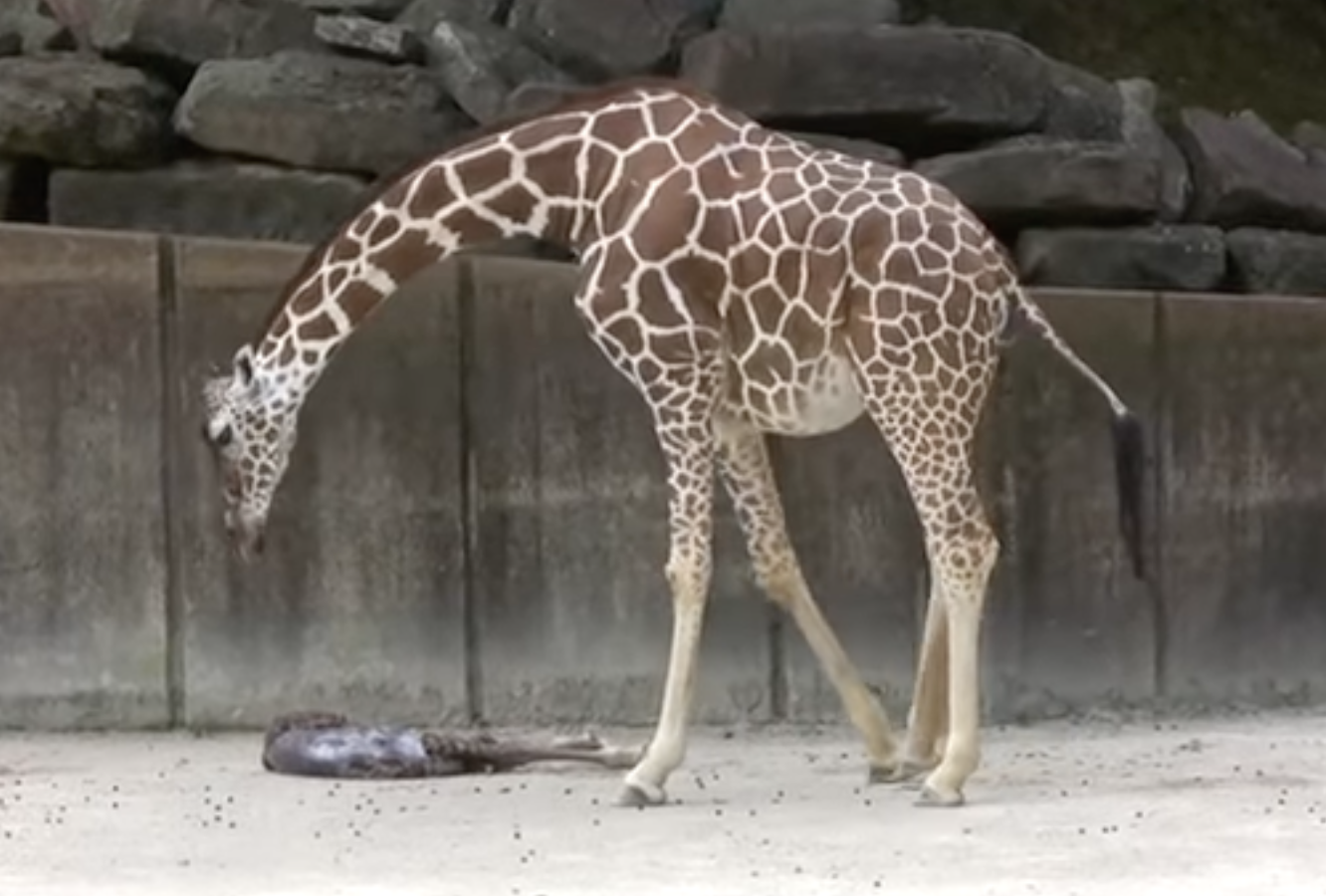 Emotional moment! Mama giraffe is patiently waiting for her newborn baby to show signs of life
00 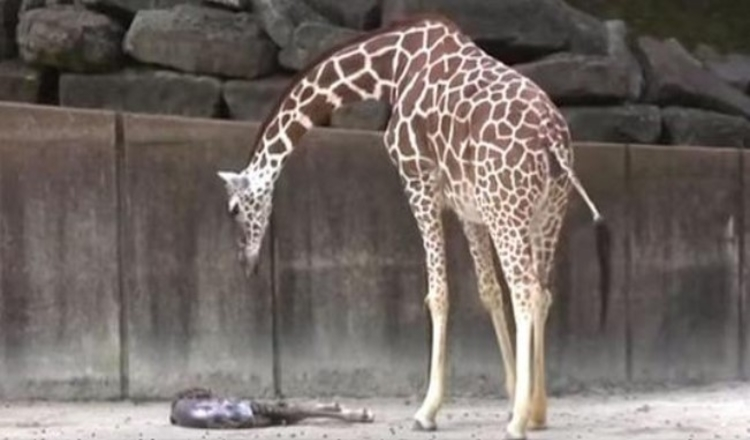 A moving moment! Mama Giraffe checks the newborn baby for any signs of life
00 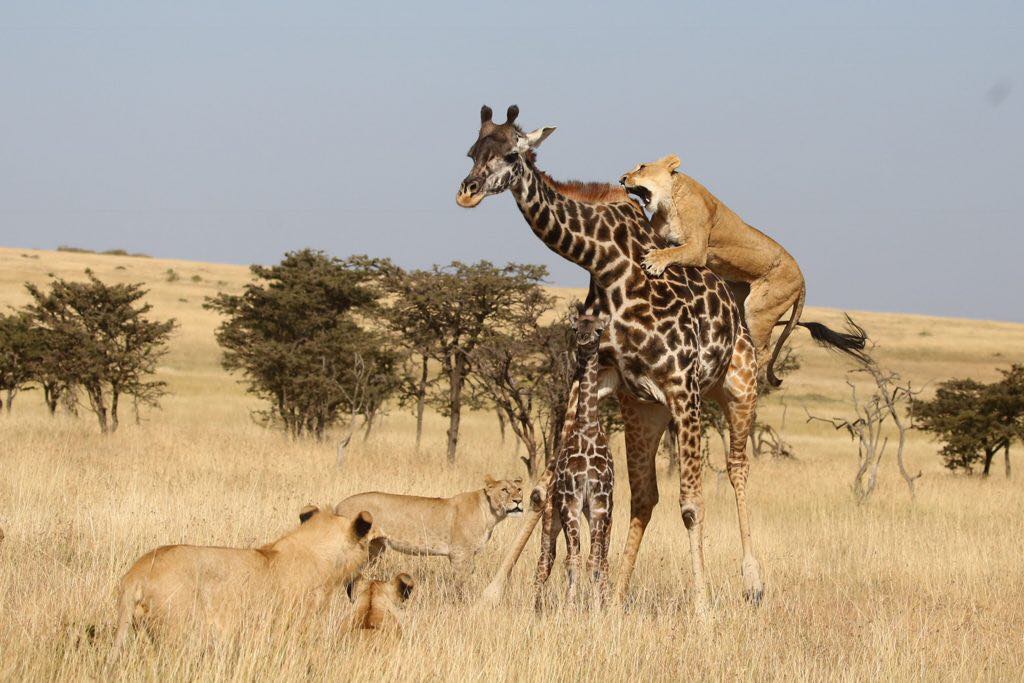 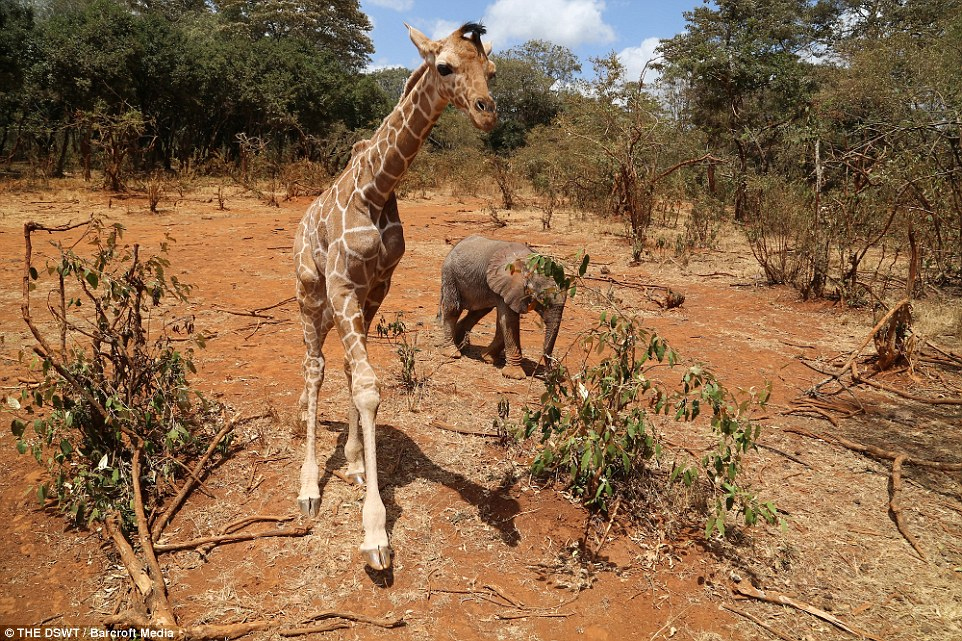 Incredible friendship between a baby elephant and cute giraffe will melt your heart! Click below to see their most amazing moments
00 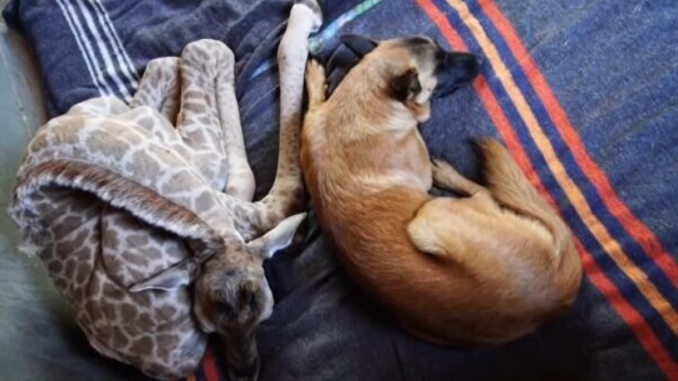 A Belgian Shepherd Takes Care of an Orphan Baby Giraffe
00 Funny Moment! Giraffes Play Hide-and-Seek With Each Other
00
Add a comment Cancel reply