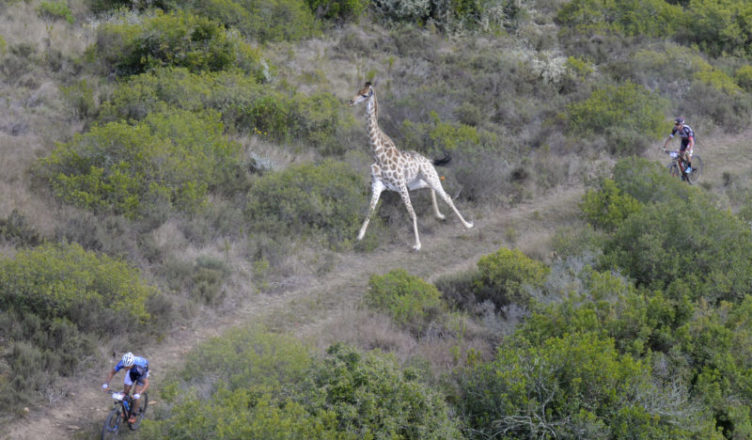 This is the amazing moment a giraffe went for a bike ride and chased after a group of riders.

An enthusiastic giraffe emerged from the undergrowth and began racing after the riders during the Cape Pioneer Trek, a mountain biking event in South Africa. 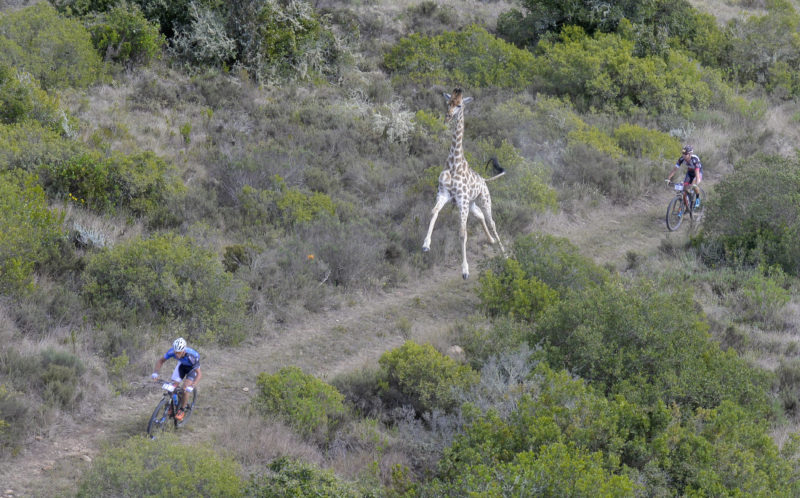 During the race, the competitive giraffe began following and running alongside the bicycles, apparently unwilling to finish last.

The riders can be seen glancing over their shoulders, taken aback by the surprise racer who had joined them. 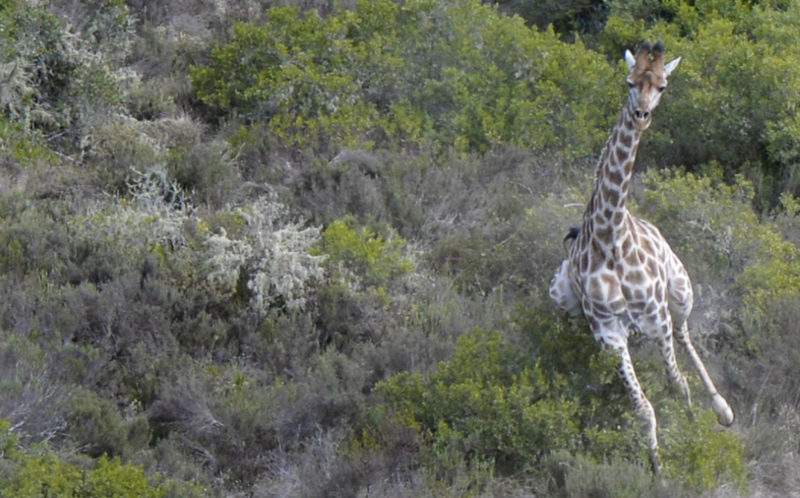 Zoon Cronje, 35, was filming aerial video of the race from a helicopter when the amusing situation happened.

Zoon, a photographer from Pretoria, South Africa, said he shoots extreme sports events on a daily basis but has never experienced anything like this. 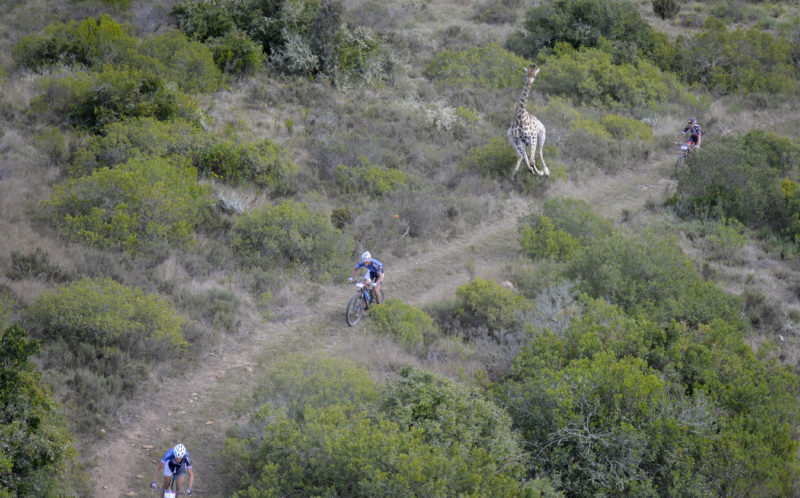 “I was around 200 meters away when the giraffe became startled and began running toward us and the riders; it was a complete surprise,” the guide said.

“Because giraffes are large animals, it could have been really dangerous, and the riders didn’t have the same view position we did to anticipate it.”

I was there in the middle of the action, holding my breath, and thankfully instinct kicked in, and I kept shooting instead of watching. 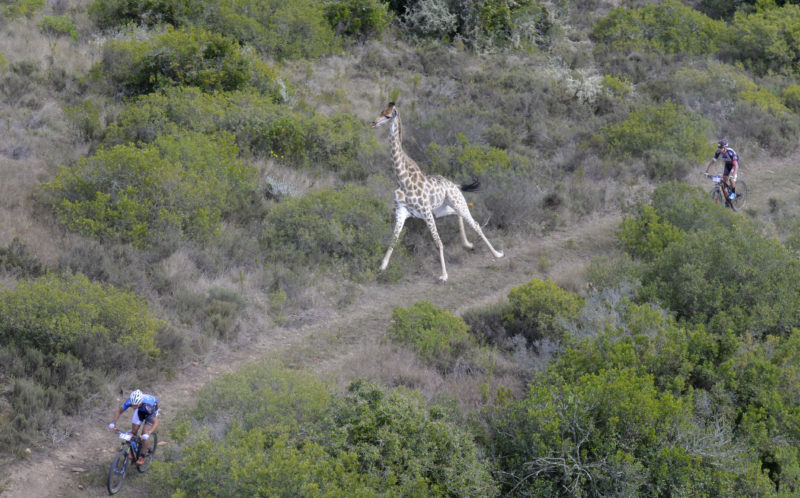 “In my line of work, I’ve seen a lot of close encounters; this was by far the most dangerous since the riders were speeding downhill and couldn’t see the approaching giraffe.”

“I seldom shoot sequences, but I’m pleased I did this time.”